Russian helicopters land at Tabqa base in Syria 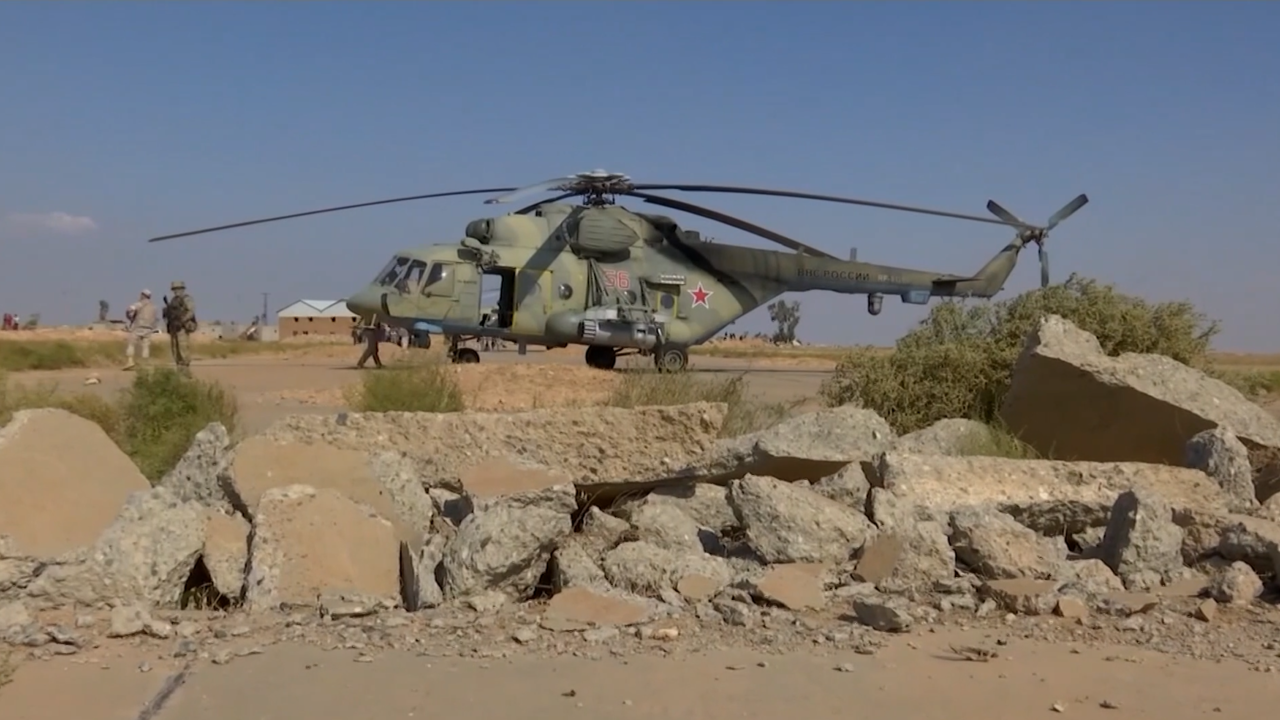 The Syrian airbase at Tabqa was reopened on Tuesday with the first Russian helicopters landing on its destroyed runway, according to a report aired on Russian state TV.

According to the footage from RTR, several Russian helicopters with armed troops on board landed on the runway of the airport in northeastern Raqqa province.

The Syrian Army took control of Tabqa airport on October 14 for the first time since 2014, following the deal with the Kurds, who have sought protection from the Turkish offensive that followed the withdrawal of US troops from the area.

Tabqa's airport was heavily destroyed by Islamic State group fighters before the city and its airport were liberated by US coalition forces in 2017.

It was later used by US forces as a military airbase.

"Our mission is to ensure security of the airport and to protect it. Now it is fully under the control of the Syrian Army. Airplanes can't land for now, as the runway is completely destroyed, but we're going to fix it," said a Syrian soldier.

According to Russian television, the airport will be used only for helicopters until the runway is fully restored.

Back in Moscow, the Kremlin said on Tuesday that Turkey needs the Syrian government's permission for the deployment of its forces on Syrian territory.

Speaking ahead of Turkish President Recep Tayyip Erdogan's visit to Russia for talks with Russian President Vladimir Putin, Kremlin spokesman Dmitry Peskov emphasised that only Damascus could authorise a legitimate presence of Turkish troops on the territory of Syria.

His statement reflected Russia's push for direct Turkey-Syria talks, which Ankara so far has rejected.

Peskov wouldn't say if Putin-Erdogan talks in Sochi could lead to an extension of the 120-hour cease-fire that ends on Tuesday, saying it would be up to Turkey to decide.

He noted that Russia acknowledges Turkey's right to secure its border, but added that it expects the Turkish offensive in Syria to be "proportionate" to the goal.

(Copyright 2019 The Associated Press. All rights reserved. This material may not be published, broadcast, rewritten or redistributed.)