Plane with more than 100 on board crashes in Pakistan 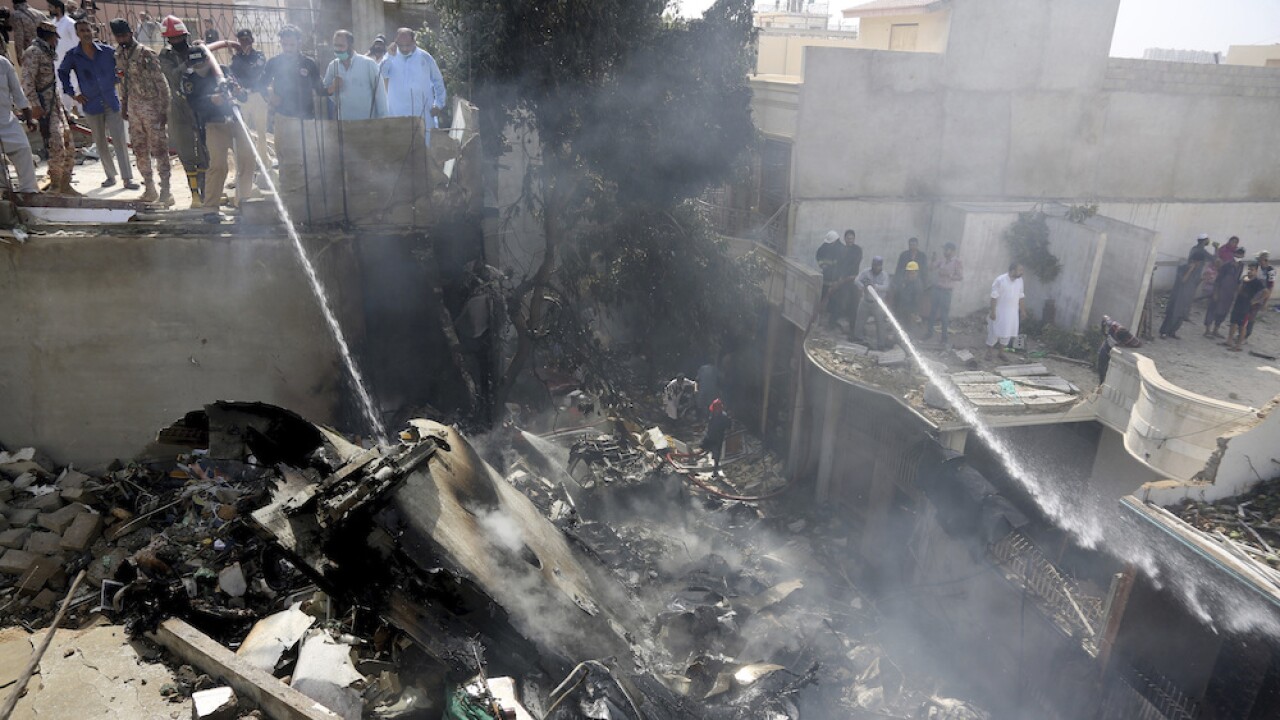 Copyright 2020 The Associated Press. All rights reserved.
Fareed Khan/AP
Fire brigade staff try to put out fire caused by plane crash in Karachi, Pakistan, Friday, May 22, 2020. An aviation official says a passenger plane belonging to state-run Pakistan International Airlines carrying more than 100 passengers and crew has crashed near the southern port city of Karachi. There were no immediate reports on the number of casualties. (AP Photo/Fareed Khan)

The aircraft arriving from the eastern city of Lahore was carrying 99 passengers and seven crew members when it crashed into a crowded neighborhood.

The Mayor of Karachi, Waseem Akhtar, has said that there are no survivors from the crash, but civil aviation officials later said at least two people survived the crash.

The aircraft arriving from the eastern city of Lahore was carrying 99 passengers and seven crew members, he said.

Witnesses said the Airbus A320 appeared to attempt to land two or three times before crashing in a residential area near Jinnah International Airport.

Local television reports showed smoke coming from the direction of the airport. Akhtar said around five or six houses were destroyed in the crash.