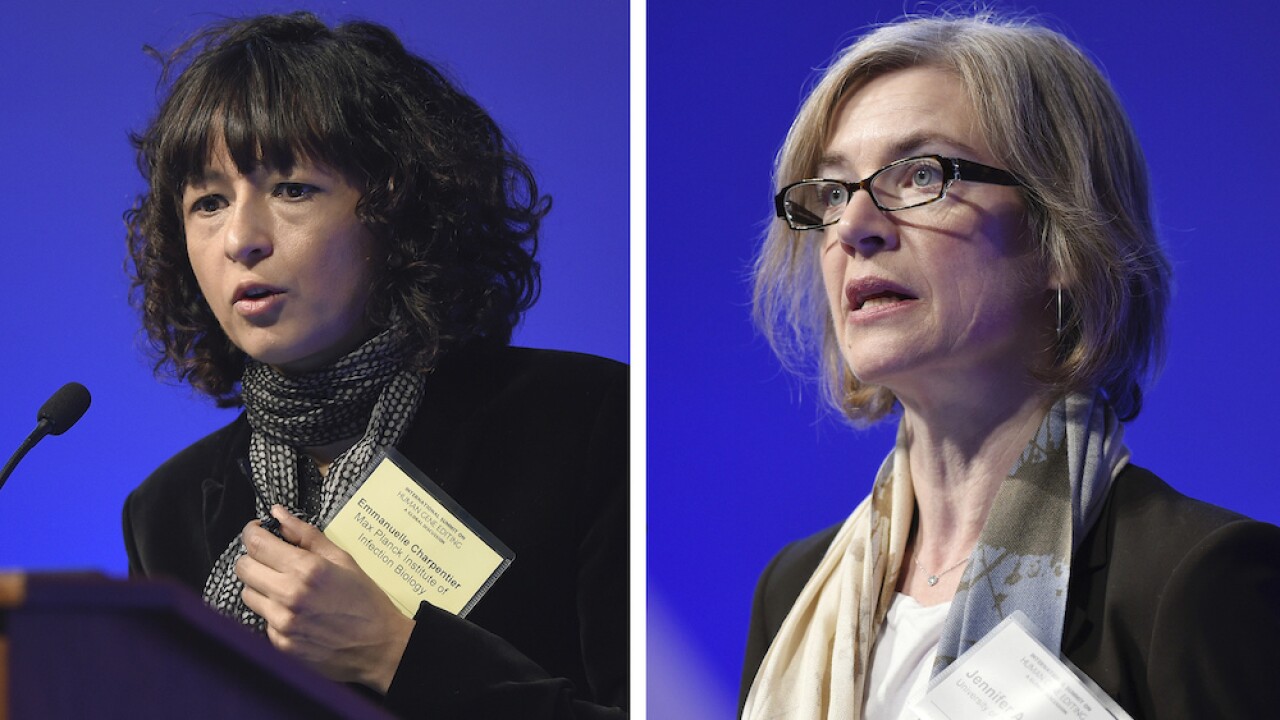 Susan Walsh/AP
FILE - This Tuesday, Dec. 1, 2015 file combo image shows Emmanuelle Charpentier, left, and Jennifer Doudna, both speaking at the National Academy of Sciences international summit on the safety and ethics of human gene editing, in Washington. The 2020 Nobel Prize for chemistry has been awarded to Emmanuelle Charpentier and Jennifer Doudna “for the development of a method for genome editing.” A panel at the Swedish Academy of Sciences in Stockholm made the announcement Wednesday Oct. 7, 2020. (AP Photo/Susan Walsh, File)

STOCKHOLM — Two scientists have won the Nobel Prize in chemistry for developing a method of genome editing likened to “molecular scissors” that offer the promise of one day curing inherited diseases and even cancer.

Frenchwoman Emmanuelle Charpentier and American Jennifer A. Doudna developed a method known as CRISPR/Cas9 that can be used to change the DNA of animals, plants and microorganisms with extremely high precision.

The recipients were announced Wednesday in Stockholm by the Royal Swedish Academy of Sciences.

Charpentier told reporters from Berlin after hearing of the award that she was “very emotional.”