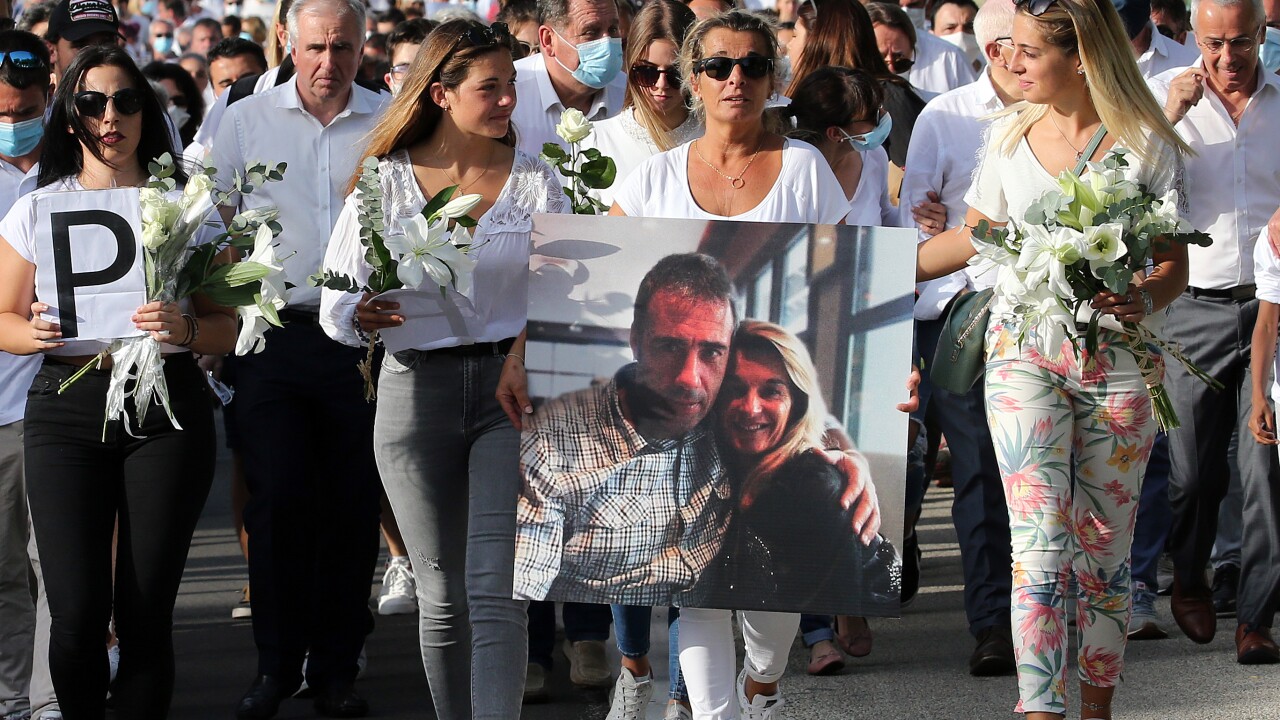 Copyright 2020 The Associated Press. All rights reserved
Bob Edme/AP
This July 8, 2020 file photo shows Veronique Monguillot, wife of Philippe Monguillot, a bus driver who was attacked in Bayonne on Sunday night, holding a photo of her with her husband, during a protest march in Bayonne, southwestern France. The wife of a French bus driver savagely beaten after he asked four of his passengers to wear face masks aboard his vehicle called Saturday for "exemplary punishment" after he died of his injuries. (AP Photo/Bob Edme)

BAYONNE, France – A French bus driver was savagely beaten to death after he asked passengers to wear face masks aboard his vehicle.

Four people are in custody for the assault of Philippe Monguillot on July 5 at a bus stop in Bayonne, in southwest France.

The Bayonne prosecutor says Monguillot was assaulted after he asked four passengers on his bus to wear face masks, which are required aboard French public transportation because of the coronavirus. He was insulted, pushed off the bus and violently beaten and kicked in the head, the prosecutor said.

President Emmanuel Macron on Saturday dispatched the interior minister to meet the driver’s widow after his death was announced Friday. He had been hospitalized in critical condition.

Veronique Monguillot told minister Gerald Darmanin that she and her three daughters were “destroyed” by the death and the family wants “exemplary punishment.”