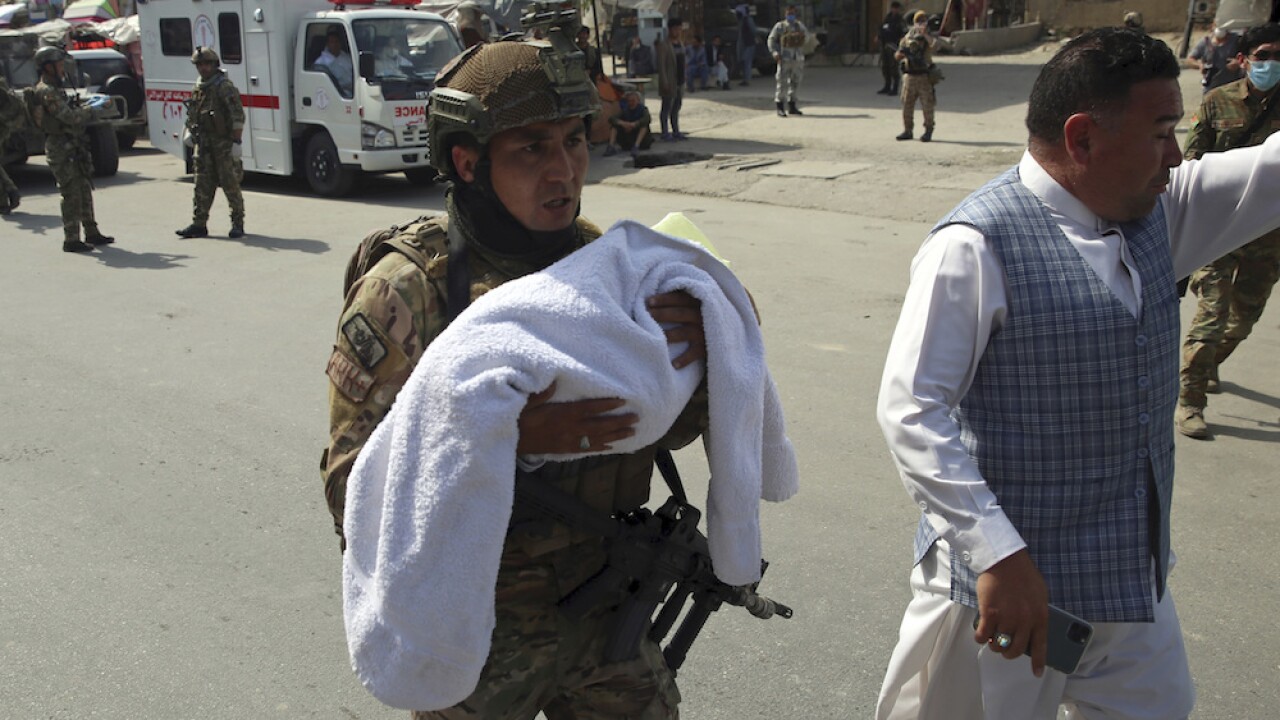 Copyright 2019 The Associated Press. All rights reserved.
Rahmat Gul/AP
An Afghan security personnel rescue a babies after gunmen attacked, in Kabul, Afghanistan, Tuesday, May 12, 2020. Gunmen stormed a maternity hospital in the western part of Kabul on Tuesday, setting off a shootout with the police and killing four people as Afghan forces carried out newborn babies and their mothers to evacuate the facility under fire, officials said. (AP Photo/Rahmat Gul)

KABUL, Afghanistan — Militants stormed a maternity hospital in the western part of Kabul Tuesday, setting off an hours-long shootout with the police and killing 14 people, including two newborn babies, their mothers and an unspecified number of nurses.

While the battle was underway, Afghan security forces struggled to evacuate the facility, carrying out babies and frantic young mothers.

By evening, the Interior Ministry said the fighting was over and that the attackers, three in all, were eliminated. But the day’s spasm of violence extended beyond Kabul.

A suicide bomber in eastern Nangarhar province targeted a funeral ceremony, and the Interior Ministry said the attack killed 24 people and wounded 68.