Firefighters get a handle on fire burning near Glenwood Springs 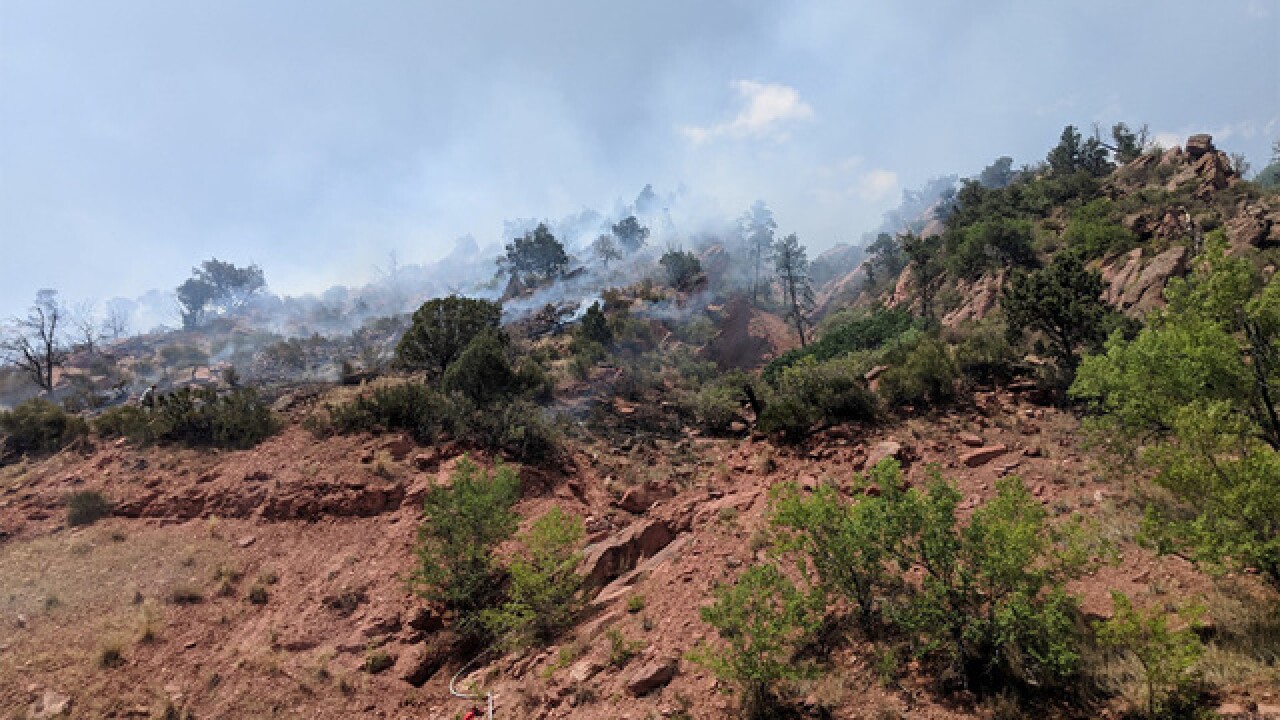 GLENWOOD SPRINGS, Colo. – Pre-evacuation notices for two subdivisions near Glenwood Springs were lifted about two hours after being issued due to a wildfire burning on the north side of Highway 111 Wednesday afternoon

Amy’s Acres and Mitchell Creek were issued pre-evacuation notices at around 3:09 p.m. Drivers in the area were advised to stay off Highway 6 and Highway 24 “in case full evacuation becomes necessary,” an official with the Glenwood Springs Police Department said in a tweet .

The fire, which is burning east of South Canyon, was last reported to be approximately one acre in size, according to a spokeswoman for the Glenwood Springs Fire Department.

The blaze, dubbed the 113 Fire, concerned fire officials as it appeared to be pushing toward Storm King. By Wednesday evening, however, firefighters had "reasonable control" of the fire area and had stopped the spread.

The Storm King area is no stranger to wildfires. In 1994, 14 firefighters were killed fighting the South Canyon Fire. A trail was built on Storm King Mountain as a tribute to the 14 people killed that year.

Fire officials said operations would continue into the night to minimize any possible flare ups.