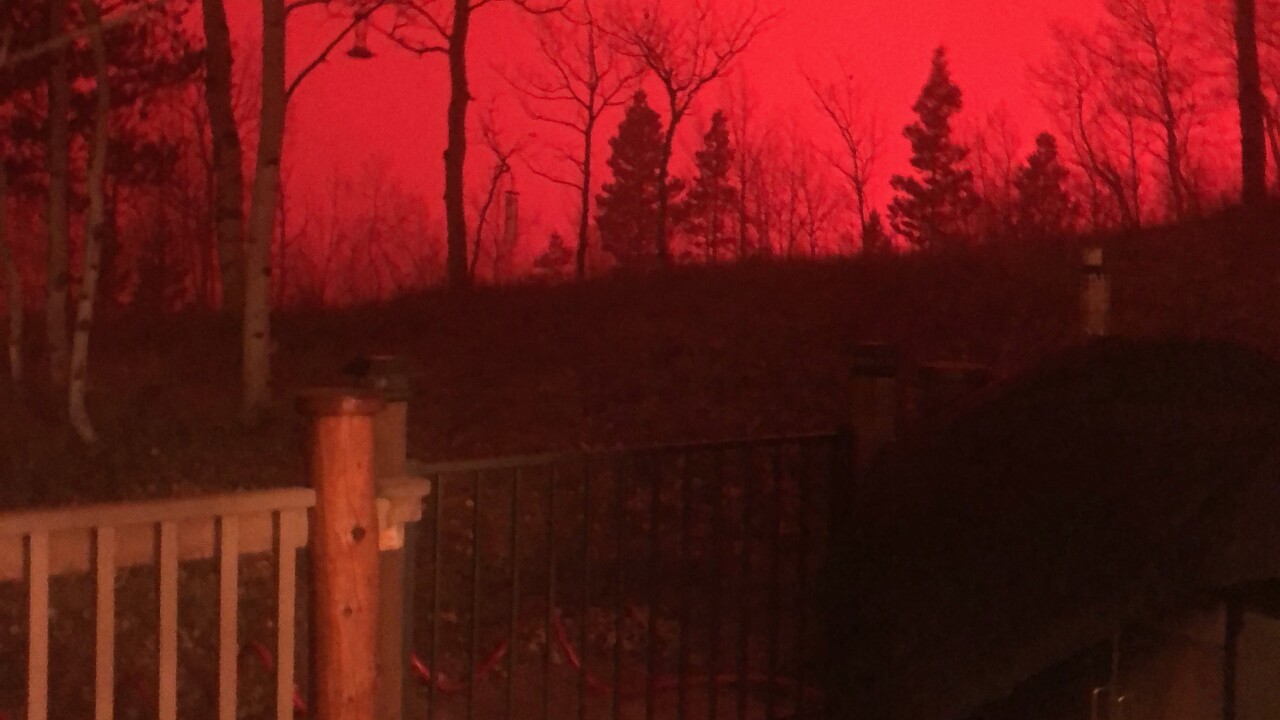 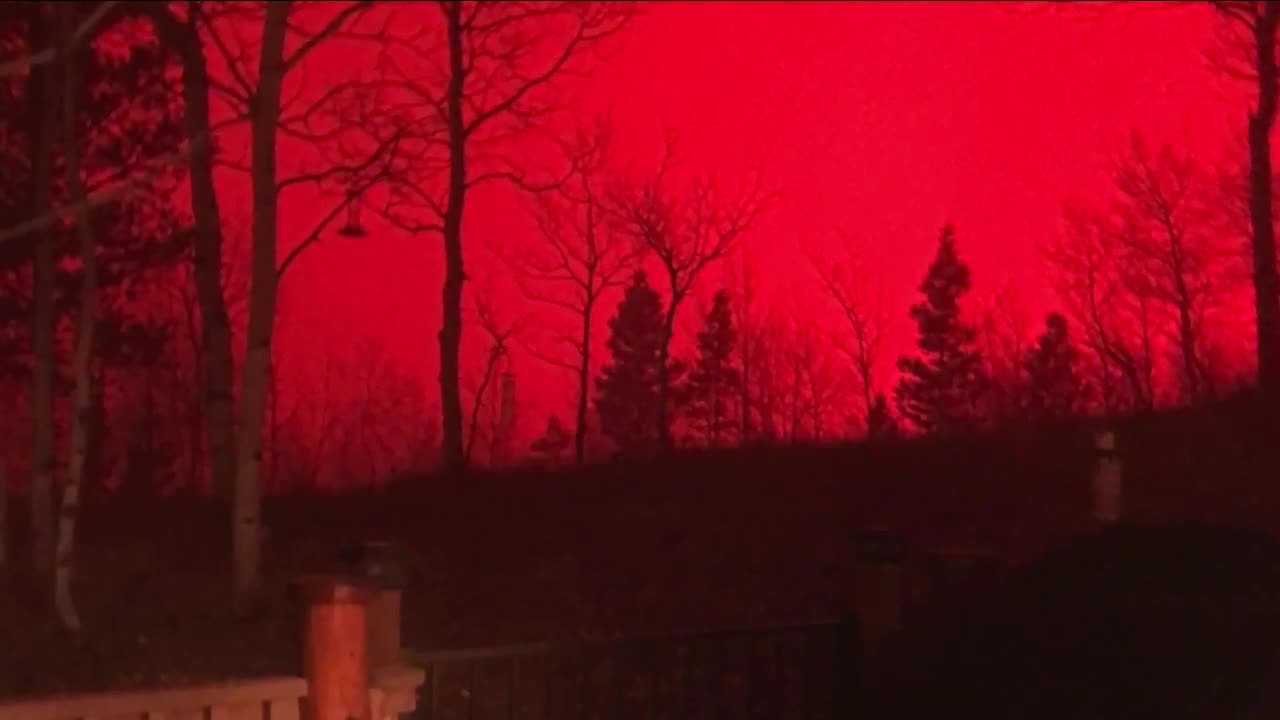 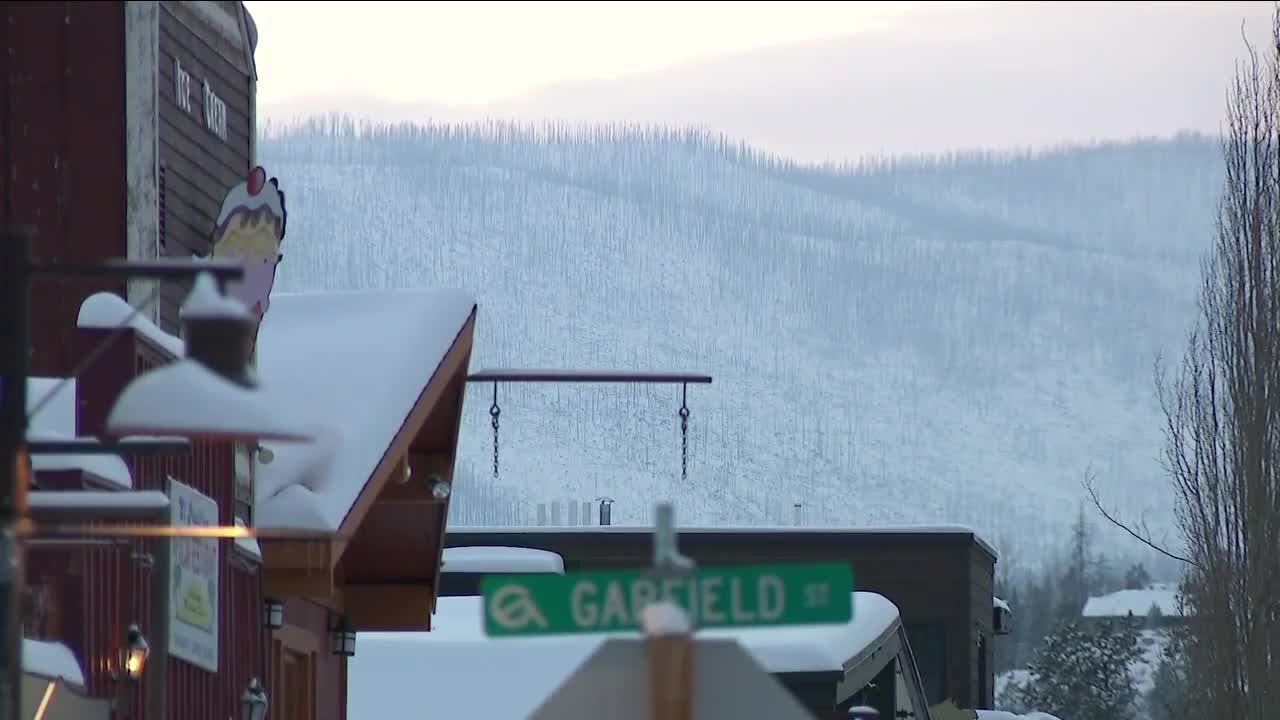 GRAND LAKE, Colo. – As much as a foot of snow fell on parts of the East Troublesome Fire over the weekend. That much-needed moisture from the storm, combined with firefighting efforts has led the fire management team to lift some evacuation orders in and around Grand Lake.

The east side of Highway 34 from County Road 6 north to Mile Marker 14.5 is now open, including the town of Grand Lake.

The snow has allowed the closures to be lifted for the first time since last Wednesday when the fire exploded from 20,000 acres to more than 100,000 acres in just 24 hours.

While many are returning home, others have nothing to return to.

Amanda O’Mara escaped the flames just in the nick of time last Wednesday.

“As I was driving home (from work) it was very eerie,” O’Mara said. “I looked up and the whole side of the mountain just turned this deep, deep red.”

O’Mara said she tried to pack up as much as she could, but quickly realized she was in immediate danger.

“Two minutes later, I saw flames right outside our window and I just dropped everything, grabbed the dog and ran as fast as I could outside,” she said. “Within seconds, the whole forest around me lit up in flames.”

Her husband, Michael McShane, was trying frantically to get home from Westminster where he is a firefighter himself.

“The last phone call I had with her was her hysterically screaming, surrounded by fire,” McShane said. “I don’t think I felt anything. I was petrified.”

A good Samaritan stopped to help and eventually got there, too.

“That was an amazing embrace, to see her again,” McShane said. “You see it in our line of work, but being on this end, it’s horrific.”

Their harrowing story, just one of many tragic tales.

“Most didn’t get out with anything,” McShane said of his neighborhood, Trail Creek Estates off County Road 41. “That’s how fast this fire moved.”

The community has now rallied around Amanda and Mike and others who lost their homes, as well. Perfect strangers even offered their second home to them for now.

“People wanting to help has been insane,” McShane said. It still brings tears to my eyes.”