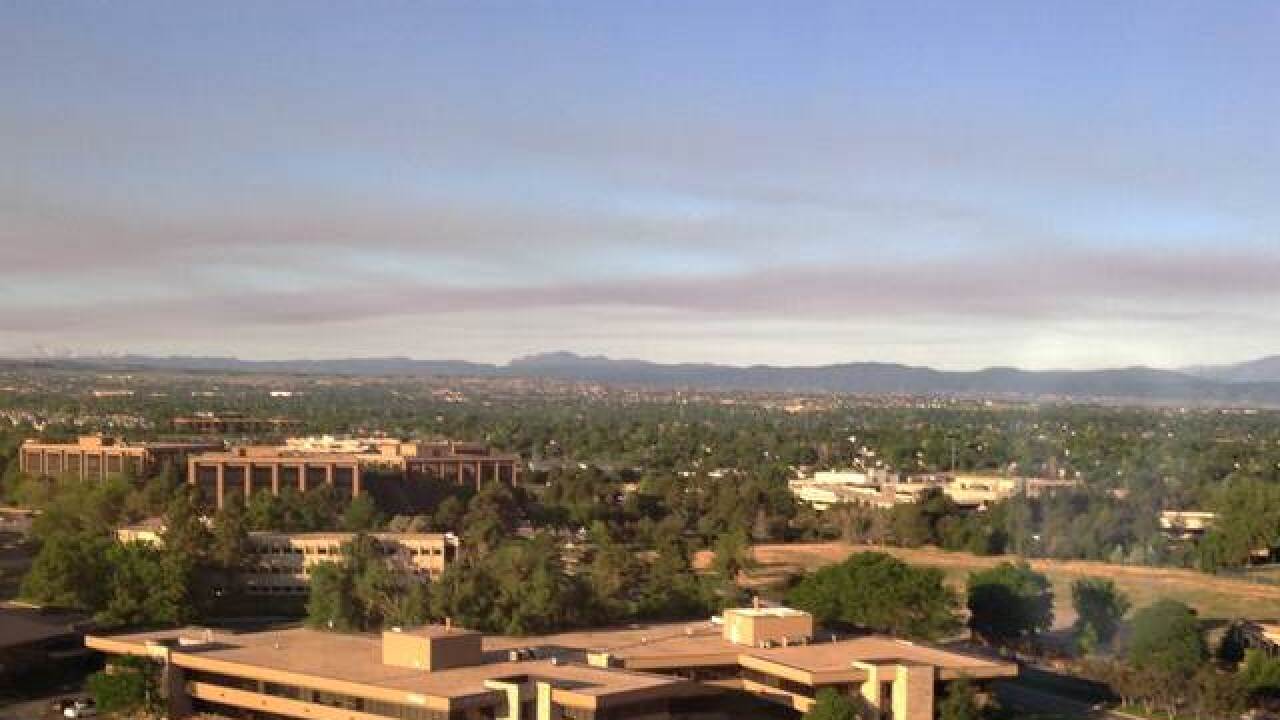 Have you noticed a smoke smell or seen the smoke and haze over the Denver metro area?

"This is from out of area wildland fires," South Metro Fire Rescue wrote on Twitter. "No active fires in Parker, Castle Pines or DTC."

An alert from the Colorado Department of Public Health said the smoke was coming from wildfires at Fort Carson and in Arizona and New Mexico.

"Smoke will be most apparent during the morning hours, then dissipate during the afternoon as atmospheric mixing increases," the alert said.

The Doghead Fire near Albuquerque has burned more than 12,000 acres.

The fire at Fort Carson, near Colorado Springs, has burned about 500 acres.

The Cedar Creek Fire, burning about 10 miles south of Show Low in Arizona, had burned more than 8,000 acres by Thursday morning, according to the Forest Service.