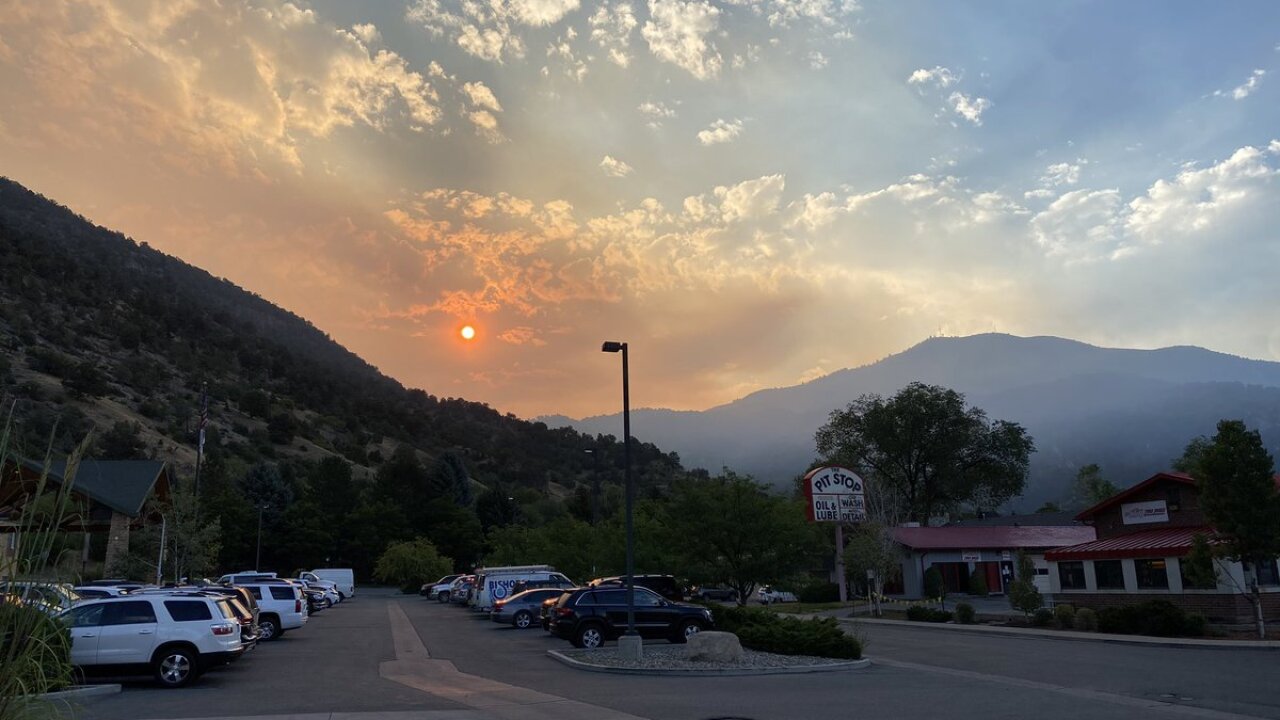 Copyright 2020 Scripps Media, Inc. All rights reserved. This material may not be published, broadcast, rewritten, or redistributed.
James Dougherty/Denver7
Smoke from the nearby Grizzly Creek Fire hangs over Glenwood Springs, Colorado on the morning of Tuesday, Aug. 11, 2020. 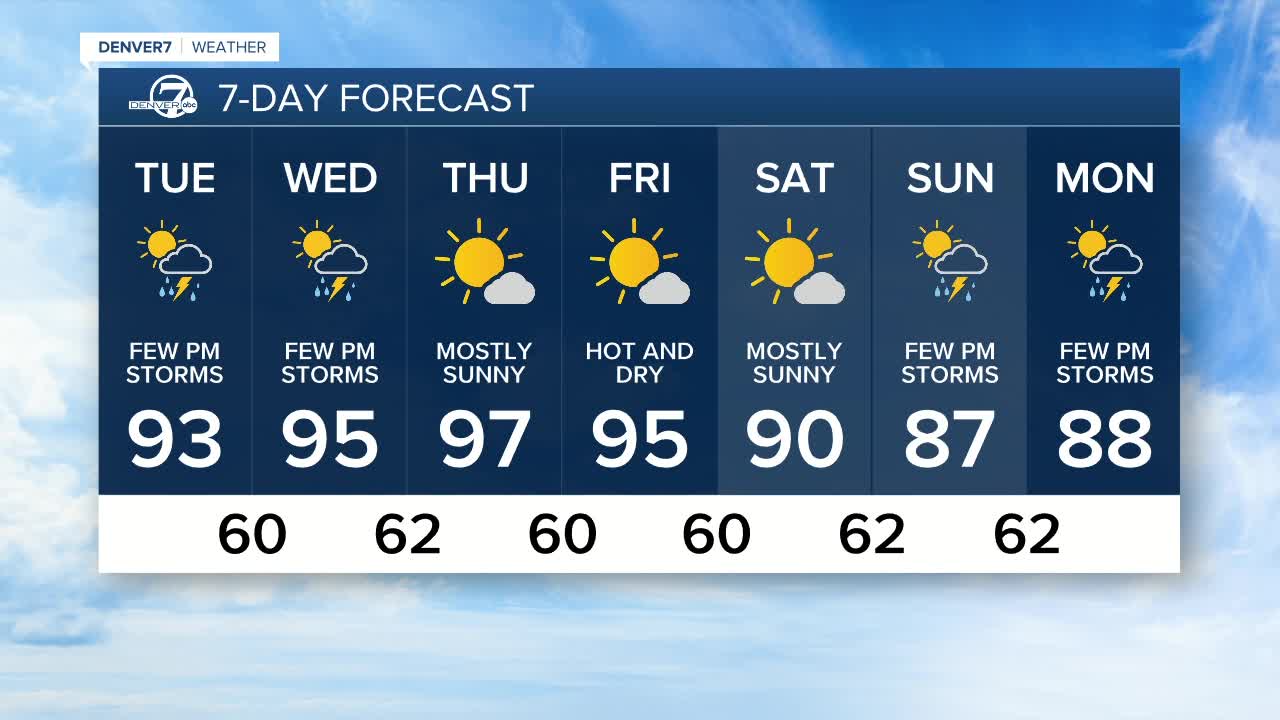 GLENWOOD SPRINGS, Colo. – As two large fires continue to burn on Colorado’s Western Slope, conditions are ripe Tuesday for more continued fire growth, with red flag warnings in effect across the western side of the state, including the Grand Junction and Glenwood Springs areas.

Red flag warnings are in effect from noon to 8 p.m. Tuesday for the areas where the Grizzle Creek and Pine Gulch fires are burning, with relative humidity in the 7%-13% range, winds out of the southwest at 10 to 20 miles per hour, with gusts up to 30 miles per hour.

Fire weather watches are in effect for the areas of northwestern Colorado that are not under red flag warnings.

“Conditions will become favorable for the rapid ignition, growth and spread of fires,” National Weather Service forecasters wrote Tuesday morning in their forecast.

Ozone action day alerts due to wildfire smoke and other conditions are also in effect for the northern Front Range, from Douglas County north to the border, with ozone concentrations expected to be in the moderate to unhealthy range for sensitive groups.

The National Weather Service said experimental smoke models from the two wildfires show them both “getting very active this afternoon and transporting smoke east and northeast” that will settle in the valleys on Tuesday night.

High temperatures are expected to reach the mid 90s in Denver and in Grand Junction, with forecast highs in the upper 80s in the mountains and along I-70.

As of last week, 100% of Colorado was experiencing some sort of drought, with severe and extreme drought seen on the Western Slope where the wildfires are currently burning.

The Pine Gulch Fire was estimated at 36,449 acres as of Tuesday morning, with 7% contained. Rocky Mountain Incident Management Team Black, which is handling operations and communications for the fire, said the fire is now backing into the Roan Creek drainage.

Helicopters and ground crews are working edges of the fire, but officials said that “there is a possibility for extreme, wind-driven fire behavior and high rates of spread today.”

The Grizzly Creek Fire was estimated as being around 1,300 acres in size as of Tuesday morning, according to White River National Forest spokesperson David Boyd.

The fire was active after midnight, and on Tuesday was expanding on its eastern, western, and northern flanks, Boyd said. Firefighting crews are looking to identify containment lines and preparing lines on the east side of the fire.

Boyd said the No Name neighborhood was under pre-evacuation orders and that hikers and campers were being evacuated Monday and Tuesday morning.

He said firefighters would not be deployed on the slopes of the fire today and that crews would try to fight the fire from the air and with outer containment lines.

“Right now, there really isn’t any relief that’s looking positive with the weather,” Boyd said. “We will keep doing what we can, but [these are] very challenging conditions.”