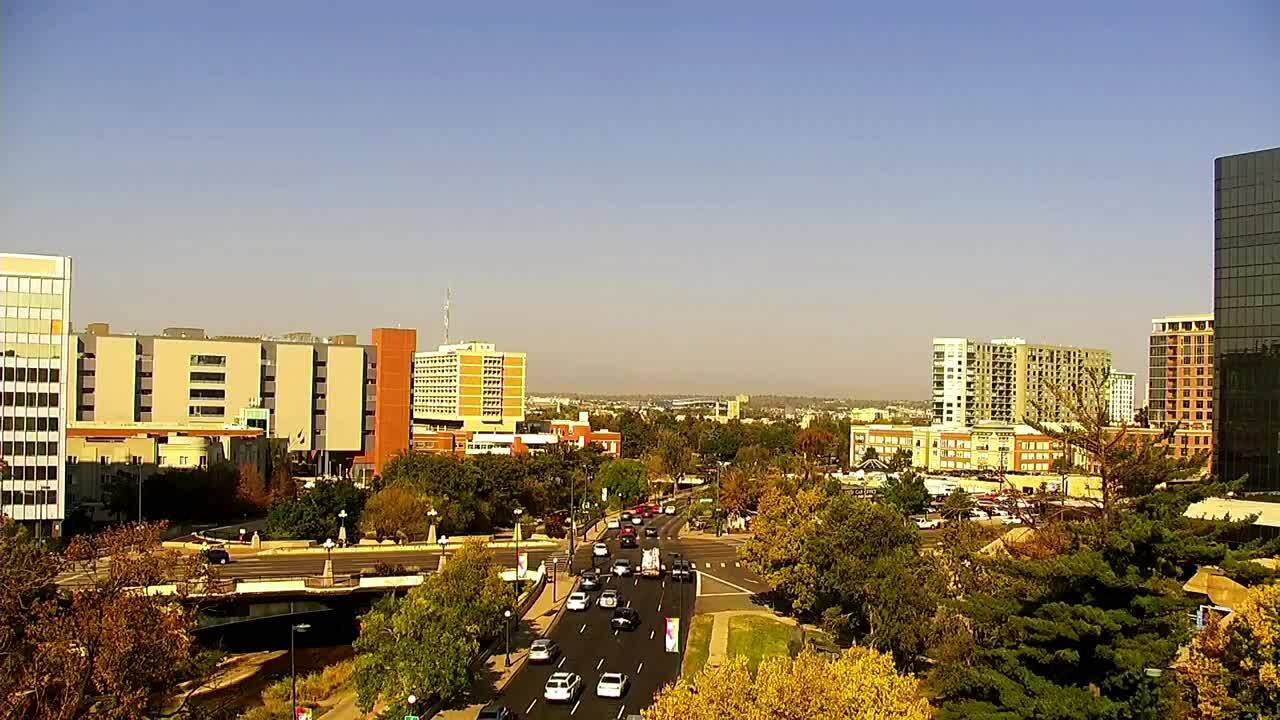 Copyright 2020 Scripps Media, Inc. All rights reserved. This material may not be published, broadcast, rewritten, or redistributed.
Denver7
Smoke from the Cameron Peak and Mullen fires sits over the Denver metro area and foothills on the morning of Monday, Oct. 5, 2020.

DENVER – Red flag warnings and air quality health advisories are in effect into at least Monday evening for much of the Front Range, central mountains and Eastern Plains for heightened wildfire danger and smoke put off by the four wildfires burning in Colorado.

In Jackson and Larimer counties, where the Cameron Peak and Mullen fires are burning, winds were gusting up to 40 to 50 miles per hour in some places, with relative humidity in the 20% range, the National Weather Service said.

The red flag warnings will be in effect until 6 p.m. Monday for most of the eastern half of the state.

Along the plains, winds will be out of the north at 15 to 20 miles per hour, with gusts up to 35 miles per hour and relative humidity that could fall down to the single digits.

In the foothills and mountains, winds will be out of the northwest at 15 to 25 miles per hour, with gusts up to 45 miles per hour and relative humidity as low as 11%.

The smoke from the four fires burning in Colorado – the Cameron Peak Fire in Larimer County; the Mullen Fire in Jackson County; the Middle Fork Fire in Routt County and the Williams Fork Fire in Grand County – also led to the issuance of Air Quality Health Advisories and Action Days for fine particulates across most of the eastern half of the state Monday.

In the mountains and foothills, and areas closer to the Cameron Peak and Mullen fires, air quality was moderate on Monday morning, but levels for fine particulates were unhealthy for sensitive groups in the Fort Collins and Greeley areas.

There is also an Action Day for Fine Particulates in place along the northern Front Range until 4 p.m. Monday.

The National Weather Service posted a graphic showing the smoke from the Cameron Peak and Mullen fire blanketing the Front Range and foothills on Monday afternoon before gradually clearing into Tuesday.

Smoke from #MullenFire and #CameronPeakFire will gradually move south over the I-25 urban corridor by late afternoon, with some improvement expected Tuesday morning #cowx. pic.twitter.com/bKPWdIF2ml