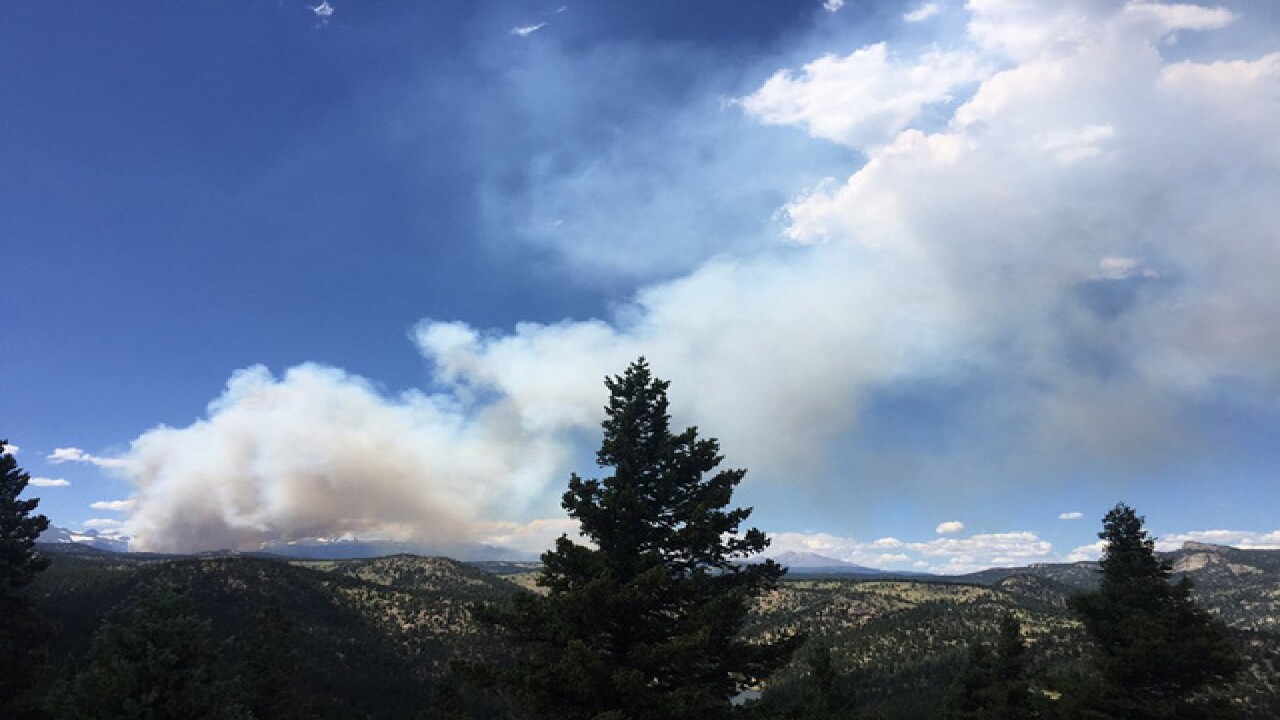 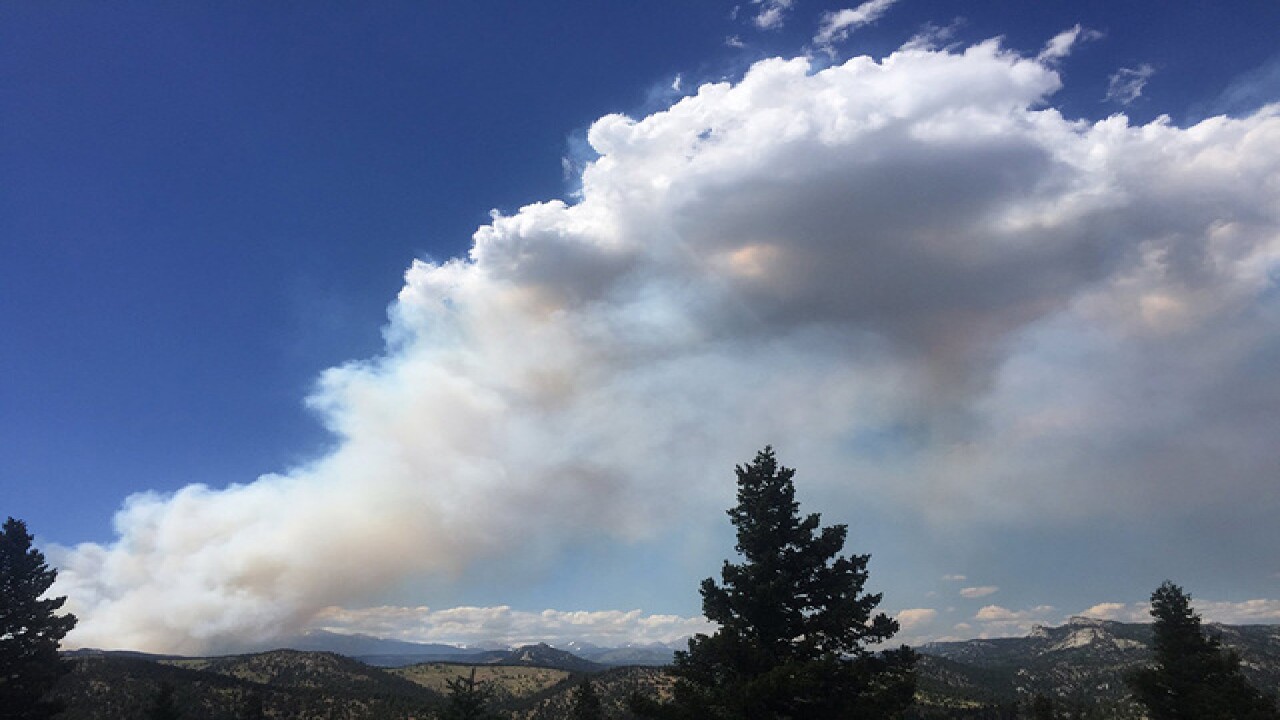 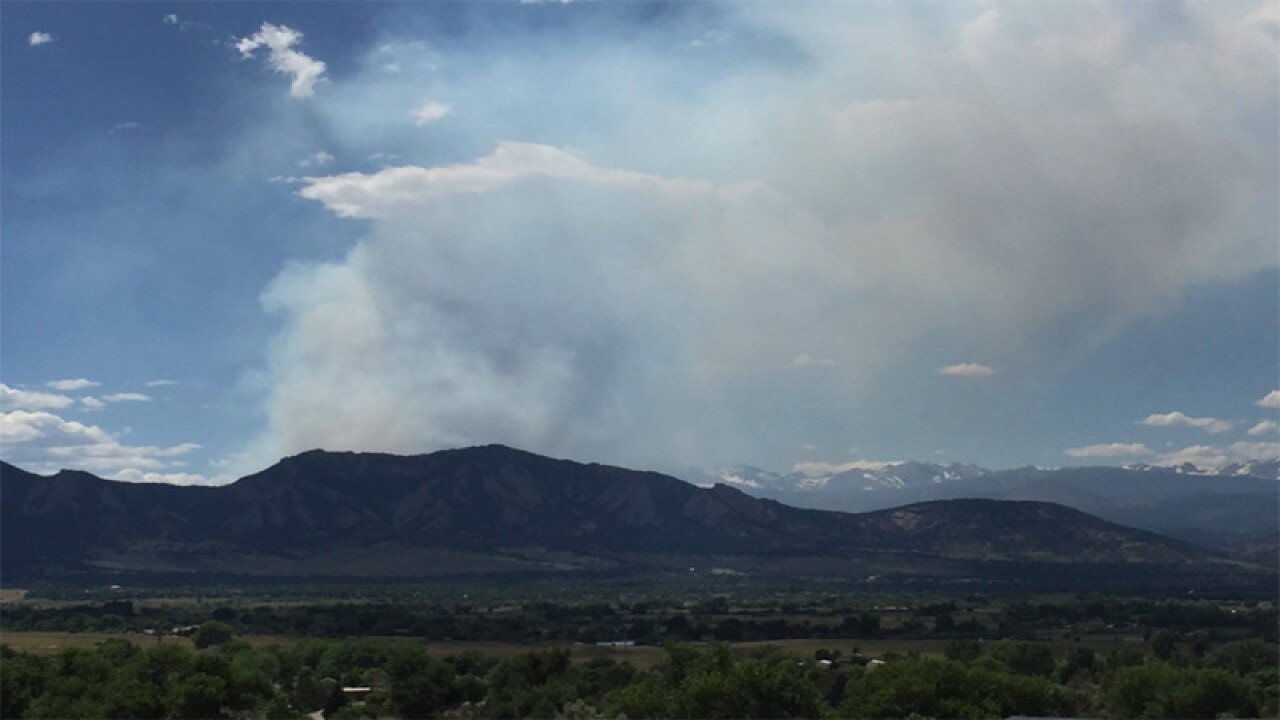 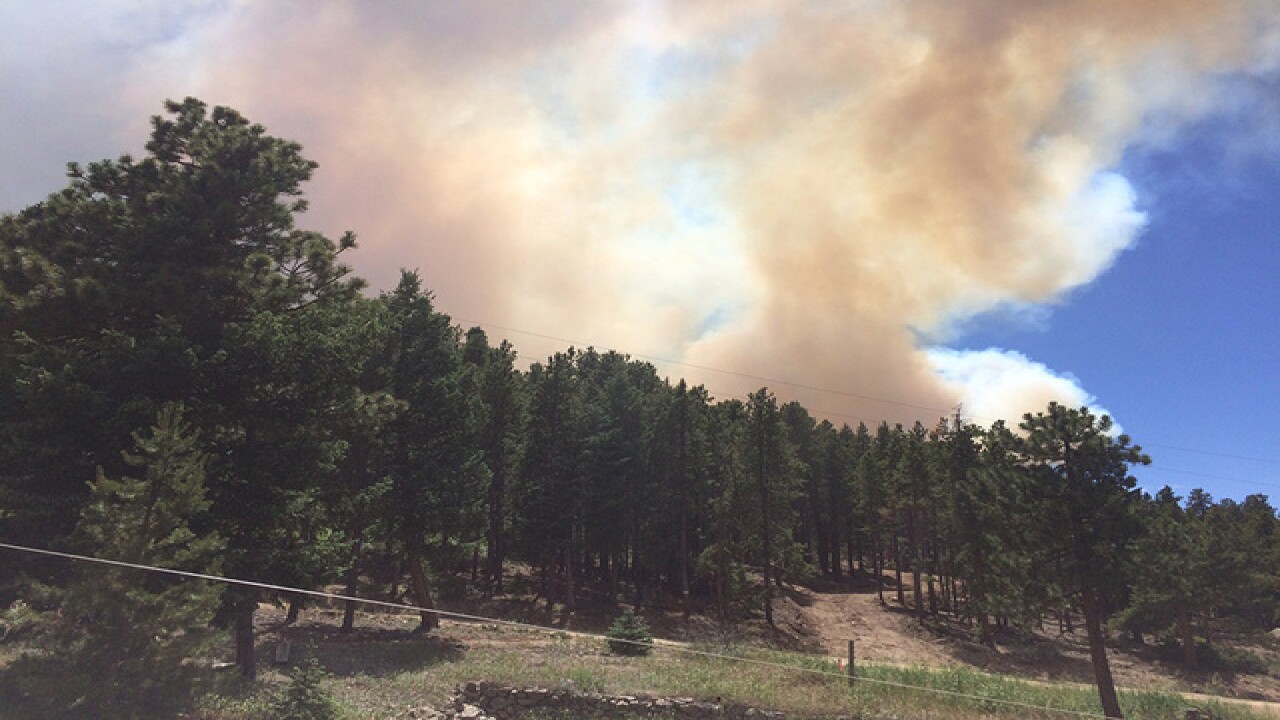 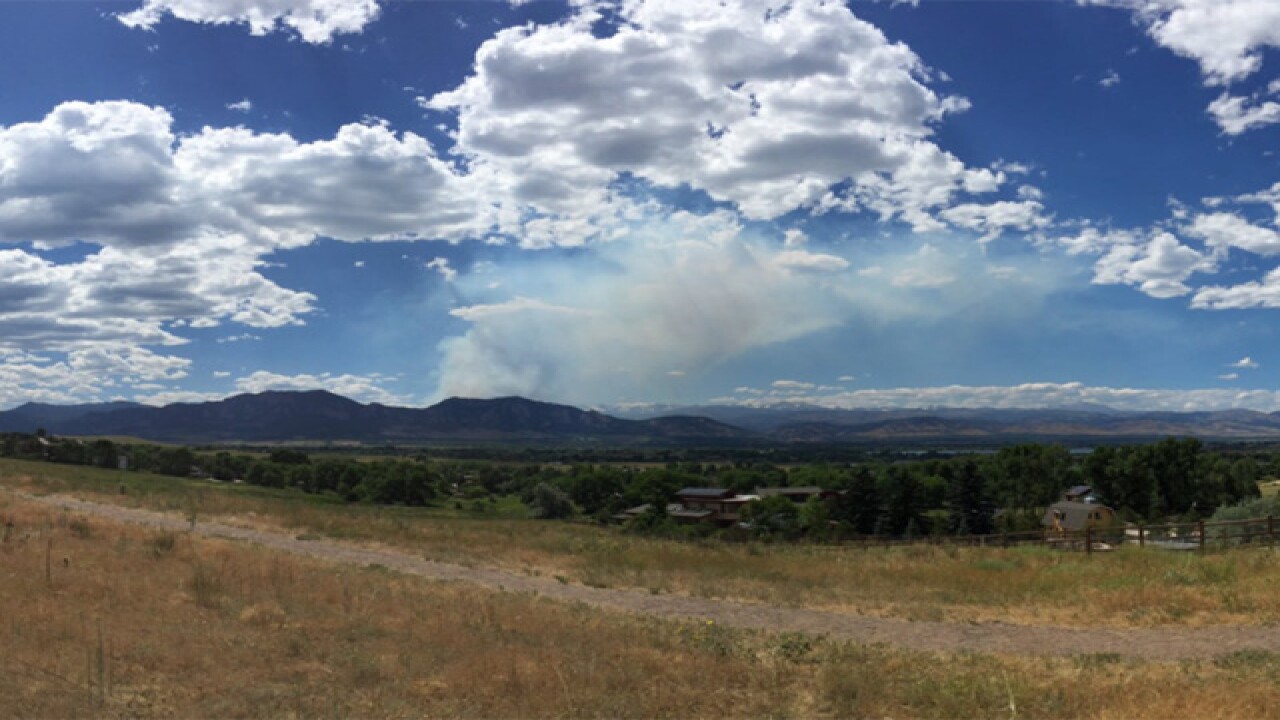 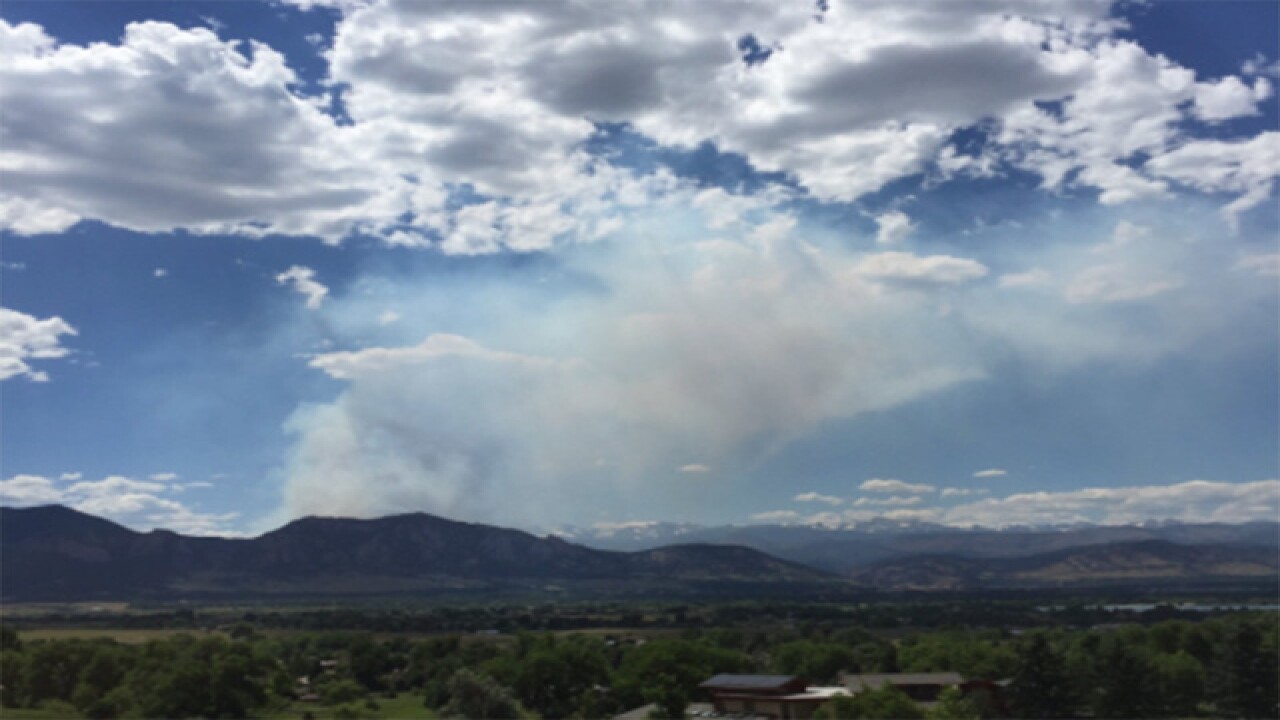 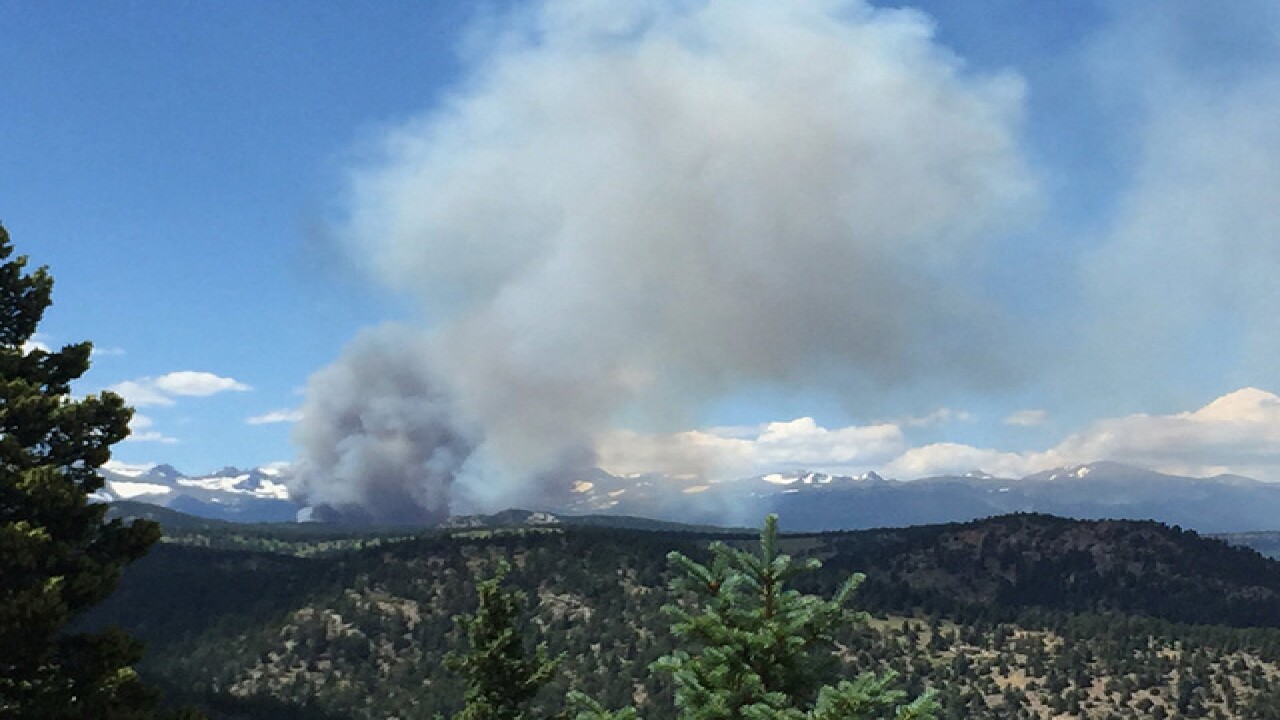 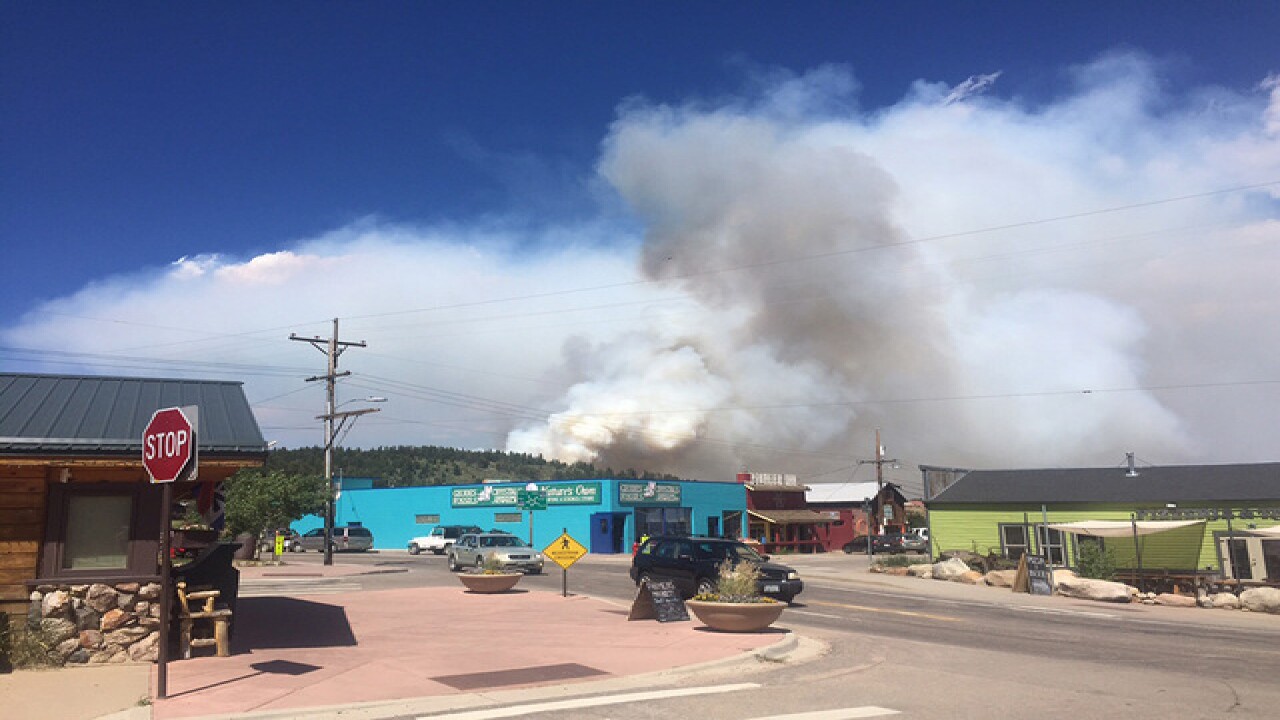 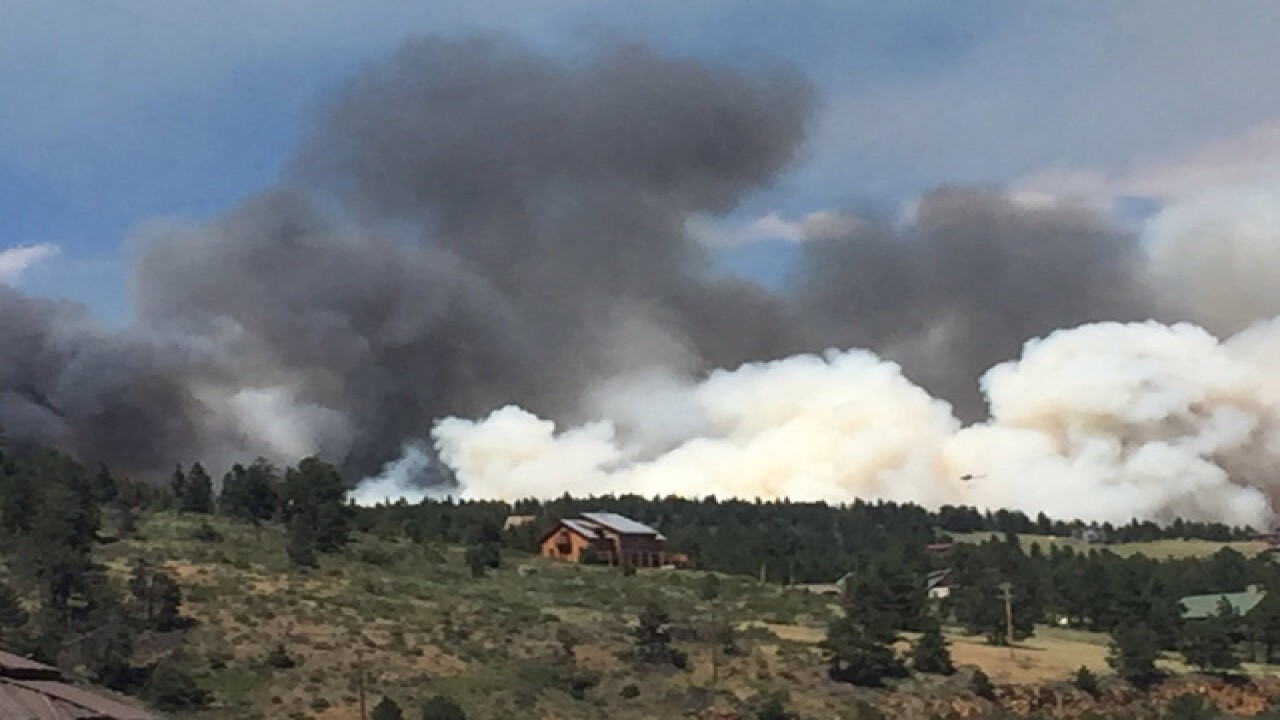 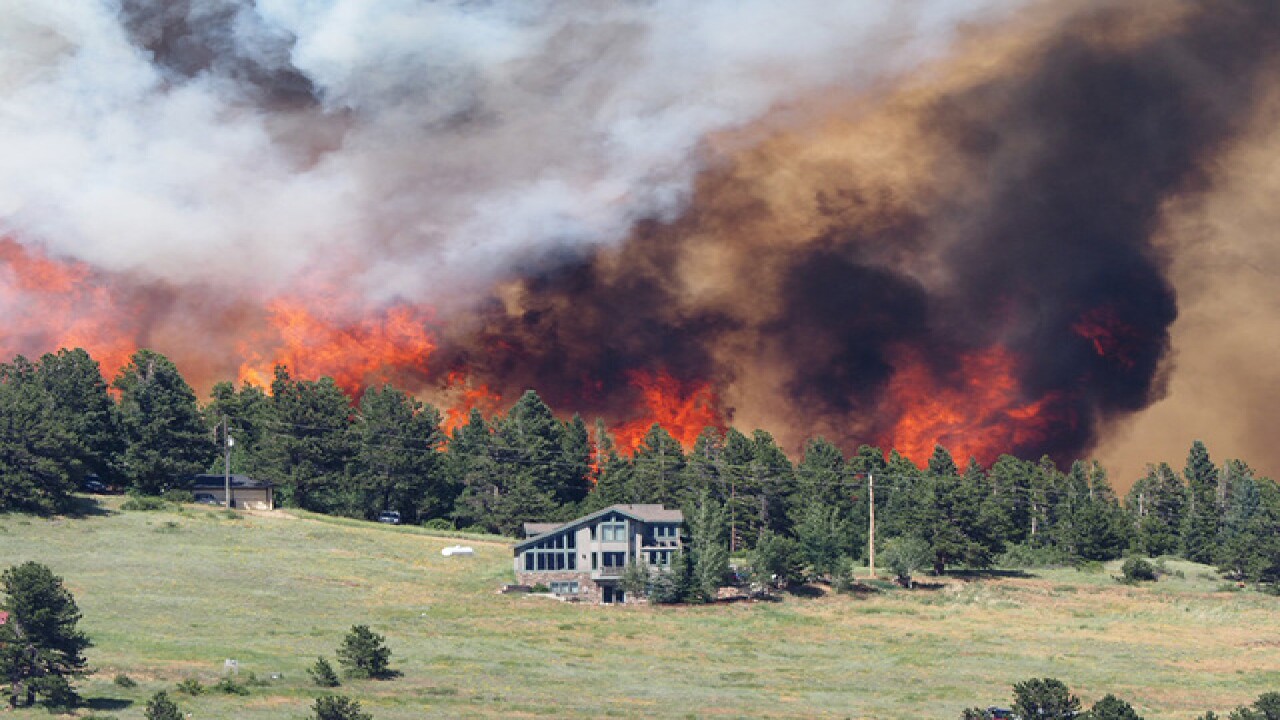 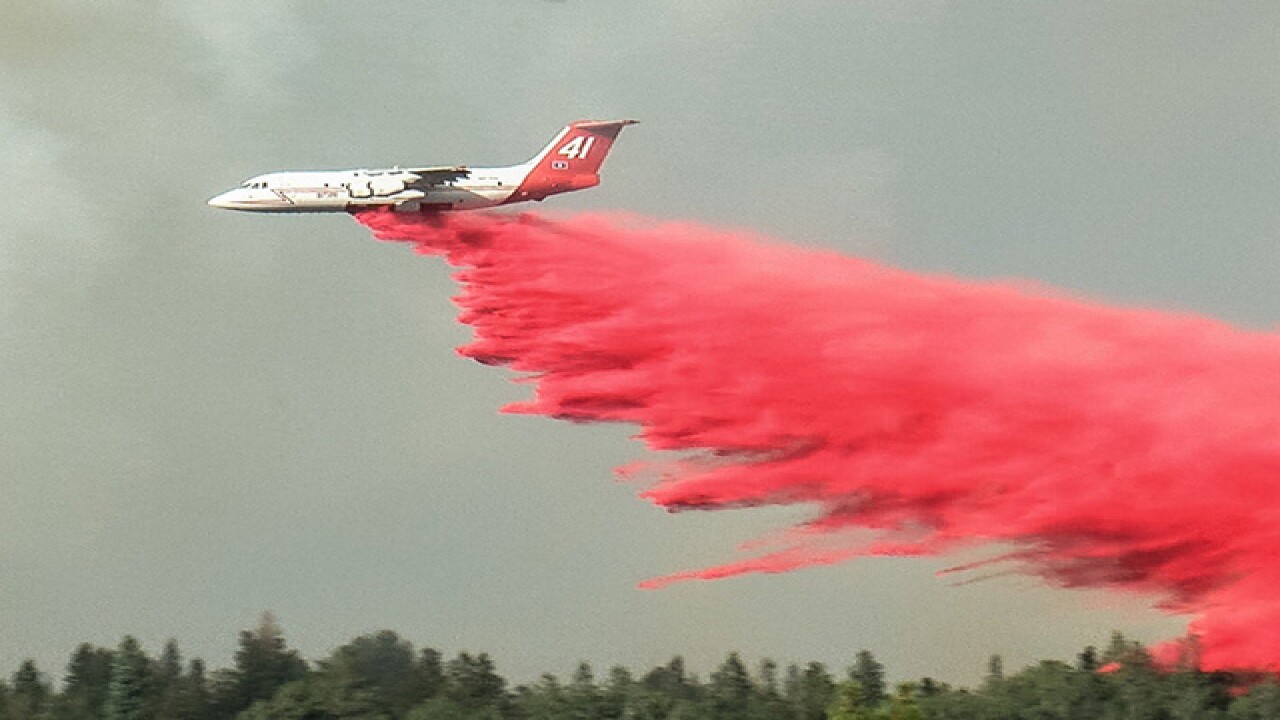 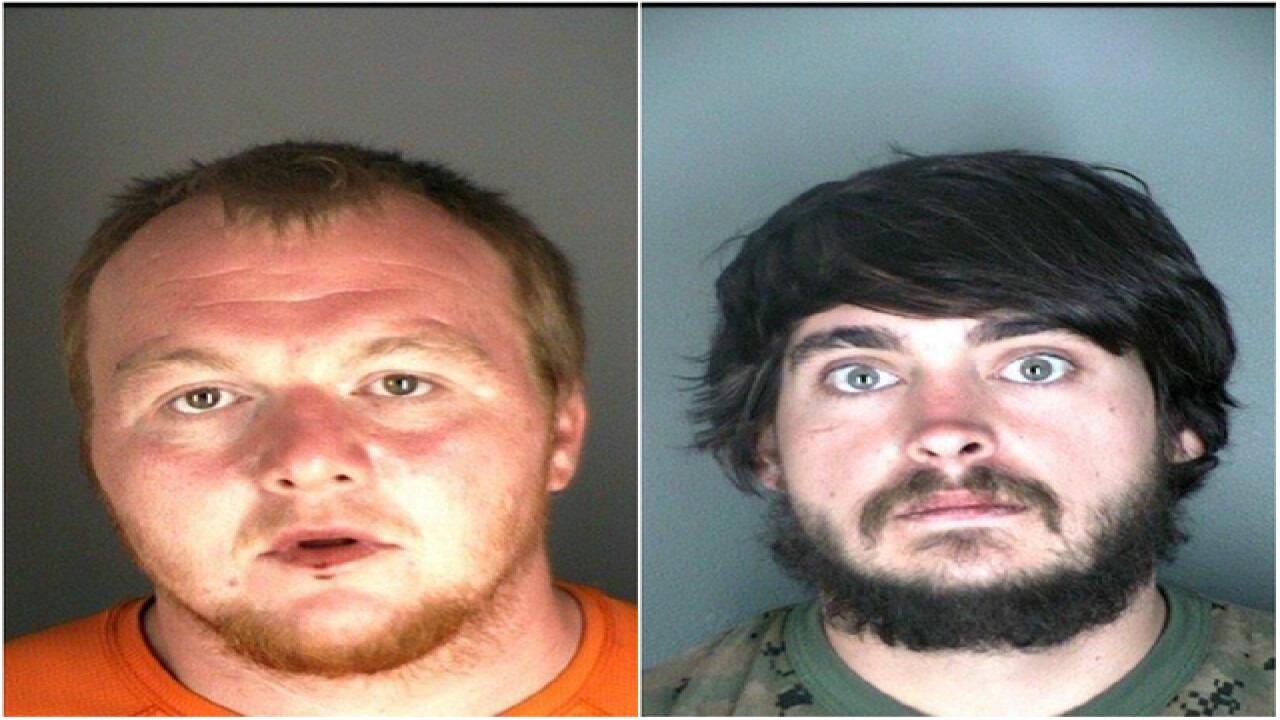 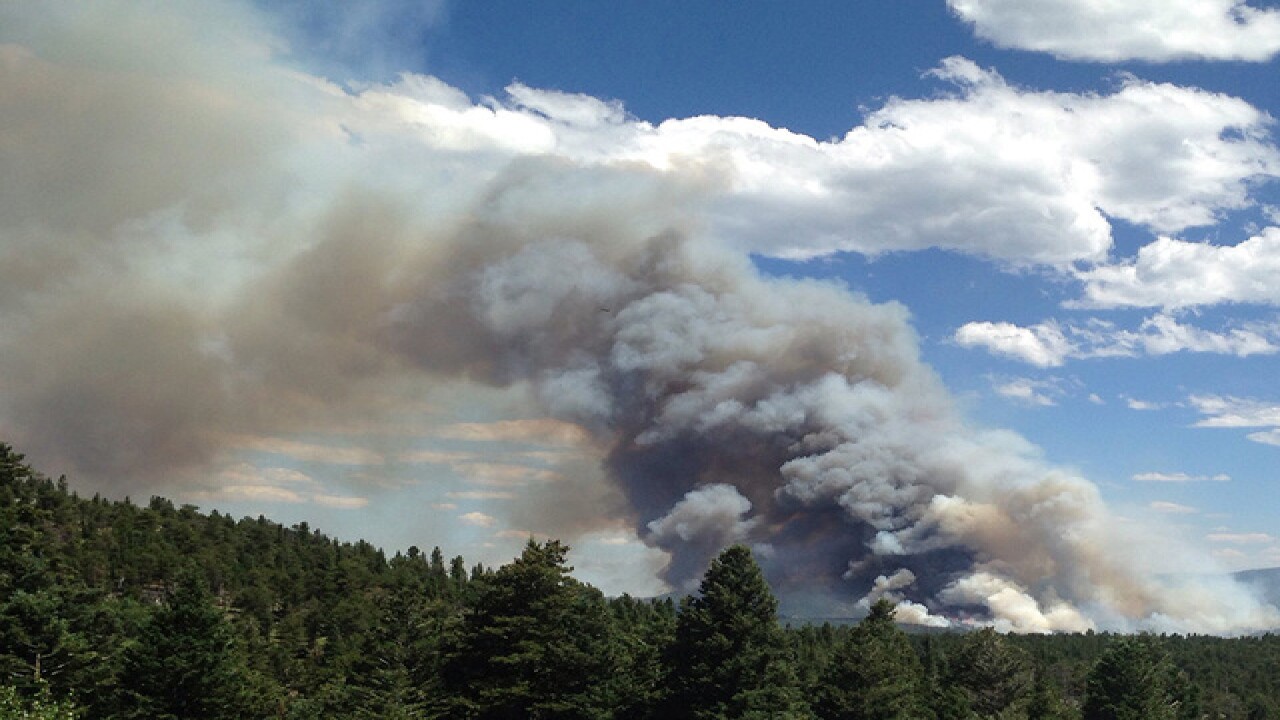 Two out-of-state campers have been arrested for igniting the Cold Springs Fire near Nederland, which has destroyed three homes and forced the evacuation of nearly 2,000 people in Boulder County, the Sheriff's Office says.

Jimmy Andrew Suggs, 28, and Zackary Ryan Kuykendall, 26, both of Vinemont, Ala., were arrested for arson Sunday at around 4:40 p.m. at the Nederland High School evacuation site.

The blaze started at an ad hoc campsite near the Peak to Peak Highway and Cold Springs Road. The two men, along with a woman, were camping on private property and had established a campfire overnight Thursday into Friday morning.

The Cold Springs Fire is now estimated to be more than 600 acres in size. New evacuation orders have also been sent to 700 homes in the area near the Barker Reservoir.

The additional evacuations are being ordered for areas around Boulder Canyon west of Magnolia and Sugarloaf Roads (south and southeast of the Barker Reservoir through Aspen Meadows), according to the Boulder Office of Emergency Management.

Six structures have been destroyed, including three homes, as firefighters continue to battle the blaze in Boulder County.

The homes destroyed by the fire included one outbuilding in each one of them that was also destroyed. The homes were located at:

The figures, released by a damage assessment team who surveyed the damage identified by ground crews, comes after approximately 1,991 people were forced to evacuate their homes in the Nederland area due to fire.

Residents can find out if they lost their house on the Boulder OEM website. Addressed of lost homes will be posted there. #ColdSpringsFire

About 250 firefighters were focused on protecting other homes in neighborhoods to the north and east, a day after two structures were destroyed by the flames. The fire remained at zero percent containment Sunday morning.

The new pre-evacuations are on top of the nearly 1,000 mandatory evacuations already in place.

Residents living on both sides of Ridge Road, east side of the Peak to Peak Highway were ordered out of their homes late Saturday. The subdivisions affected are: Bonanza Mountain Estates, Cold Springs, Whispering Pines, St. Anton Highlands and Silver Springs.

Betasso and Reynolds Ranch were closed due to the fire, according to the lead park range for Boulder County Parks and Open Space. "Smoking, campfires and fireworks are prohibited in all county parks," the official said on Twitter.

The shelter at Nederland High School remained open Sunday morning. There is room for 575 people but no one stayed at the shelter overnight, an official with the Red Cross said. The shelter will remain open as long as the threat of evacuation continues.

Another evacuation shelter opened up at the East Boulder Recreation Center, 5560 Sioux Drive in Boulder. Red Cross officials said it will function as an overnight shelter for affected families looking for a place to stay.

The Salvation Army was also providing meals for evacuees who stop in at the shelter.

Officials were also asking people who own horses or other large animals to take them to Arapaho Ranch, 1250 Eldora Road. The Boulder County Fairgrounds, 9595 Nelson Road in Longmont, was also open to receive animals from nearby residents.

Due to the fire, the Boulder Valley School District's final week of summer school classes are canceled.

#BVSD alert: Due to #NedFire, the final week of summer school classes are canceled for Nederland elementary, middle and high students.

The blaze was moving to the south and east  as of Sunday evening, an incident commander said. It had its origin near Cold Springs Road and Peak to Peak Highway, the commander at the scene told Denver7 during a press conference.

A local disaster declaration was signed by the Boulder Office of Emergency Management at around 5:30 p.m. Saturday to enable more resources near the Nederland area.

A fire ban went in effect for all of Boulder County late Saturday afternoon and continues to be in effect. No fireworks and campfires are allowed under this ban, and smoking outdoors is also discouraged, an official with the Boulder County Sheriff's Office said.

About an hour earlier, pre-evacuation notices were sent out to residents along Hummer Drive off Peak to Peak Highway and Sugarloaf Road, Boulder County Sheriff's Office spokeswoman Heidi Prentup said.

Boulder Canyon is closed to all traffic between Magnolia and Nederland as helicopters have concerns of dropping buckets onto the canyon road, a fire official said during a press conference early Sunday afternoon. The closure will last until dark or until crews are done flying in the area.

Boulder County Sheriff Joe Pelle said the only alternate route is to go over Rawlins and down, as drivers cannot go north on the Peak to Peak Highway.

These are the current road closures in effect in the Nederland area:

Both Suggs and Kuykendall have been booked and lodged at the Boulder County Jail and have been charged with fourth-degree arson, a class four felony. The men face a felony arson charge because lives were endangered as a result of the fire.

Elizabeth Burdeshaw, 20, a mutual friend, will not face charges, as she did not have any involvement in creating, maintaining, or extinguishing the campfire.