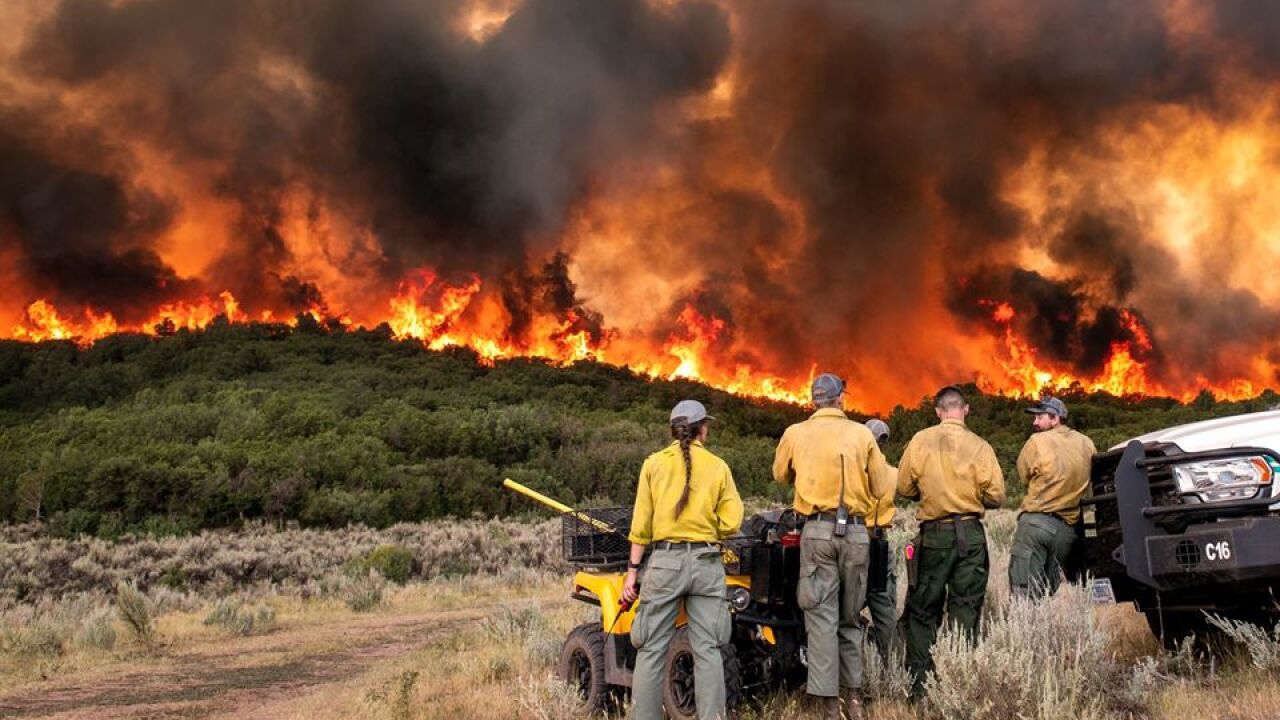 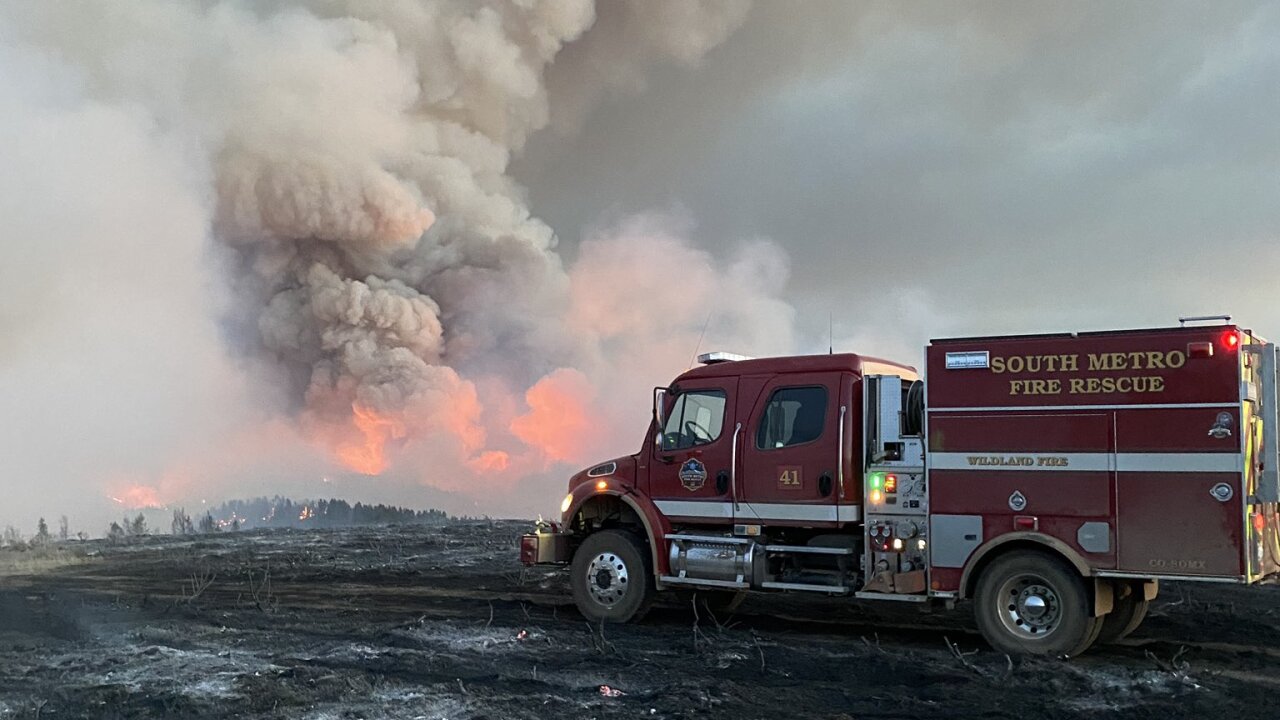 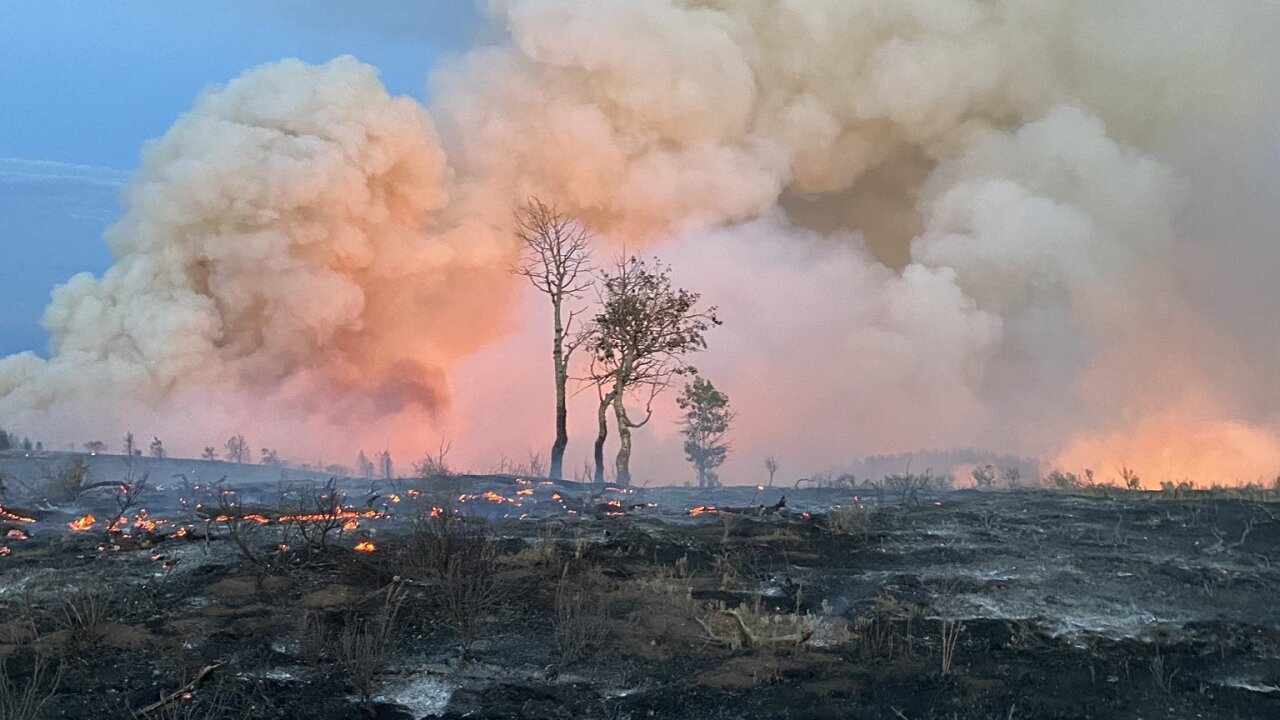 UPDATE | Thursday, 8 a.m. — While fire officials said on Wednesday evening that the fire was 125,252 acres, they said Thursday morning that after performing a better assessment of its size overnight, they determined it is actually 121,781 acres. Read Thursday's story here.

MESA AND GARFIELD COUNTIES, Colo. — The Pine Gulch Fire grew more than 37,000 acres overnight, according to the Rocky Mountain Area Coordination Center. As of Wednesday evening, it was 125,252 acres and the second-largest wildfire in Colorado history.

As of Tuesday evening, the fire was 87,778 acres and was 7% contained. Click here for an interactive map of the fire.

The Rocky Mountain Area Coordination Center said the West Fork Complex fire, which burned a total of 109,632 acres in 2013, is not included on this list since it involved three separate fires.

By Wednesday night, significant progress was made securing containment lines along the north, northeast and east sides of the Pine Gulch Fire, increasing overall containment to 14%, according to an update on the fire's Facebook page.

The Rocky Mountain Incident Management Team said earlier Wednesday that firefighting efforts at the Pine Gulch Fire are doing well on the northern and eastern side of the fire, but strong winds from a thunderstorm overnight caused the fire to expand westward. For three to four hours, wind gusts reached speeds of 40 mph at the fire, creating "extreme and erratic fire behavior," according to the incident management team.

In addition, the fire produced hours of lightning Tuesday evening, according to the National Weather Service out of Grand Junction. NWS explained that under the right circumstances, a pyrocumulus cloud can form and create lightning and thunder at the fire.

READ MORE: The Pine Gulch Fire got hot enough to produce lightning. Here's how that works

All firefighters were able to get to safety during the storm.

Fire supervisors were assessing the situation around 8:45 a.m., according to the incident management team.

The incident management team said there is potential for a similar weather pattern Wednesday afternoon and evening as more thunderstorm cells move over the blaze.

The Mesa County Sheriff's Office said Wednesday afternoon that due to fire activity, several roads have been closed to the public.

These are the closures southeast of the fire:

These are the closures southwest of the fire:

🚧⚠️UPDATED Detour Map for Western and Mountain areas of Colorado

Evacuation orders are now in effect for areas on the northwest side of Pine Gulch Fire, as follows:

Everything west of Douglas Pass/Colorado Highway 139 to the Utah state line is in pre-evacuation status.

Residents who were allowed to return home Tuesday remain in pre-evacuation.

Residents in the affected counties can sign up to receive alerts and new information on the fire here for Garfield County and here for Mesa County.

The Pine Gulch Fire was first reported on July 31 about 18 miles north of Grand Junction. It was caused by lightning.

Click here to learn more about the smoke outlook in Colorado. A temporary flight restriction is in place over the Pine Gulch Fire. No drones can fly in the area.

The Pine Gulch Fire is one of four major fires currently burning in Colorado that have already scorched more than 175,000 acres of land. The Grizzly Creek Fire has burned 29,000 acres, the Cameron Peak Fire in western Larimer County was 15,738 acres as of Wednesday morning, and the Williams Fork Fire burning in Grand County was 6,726 acres.