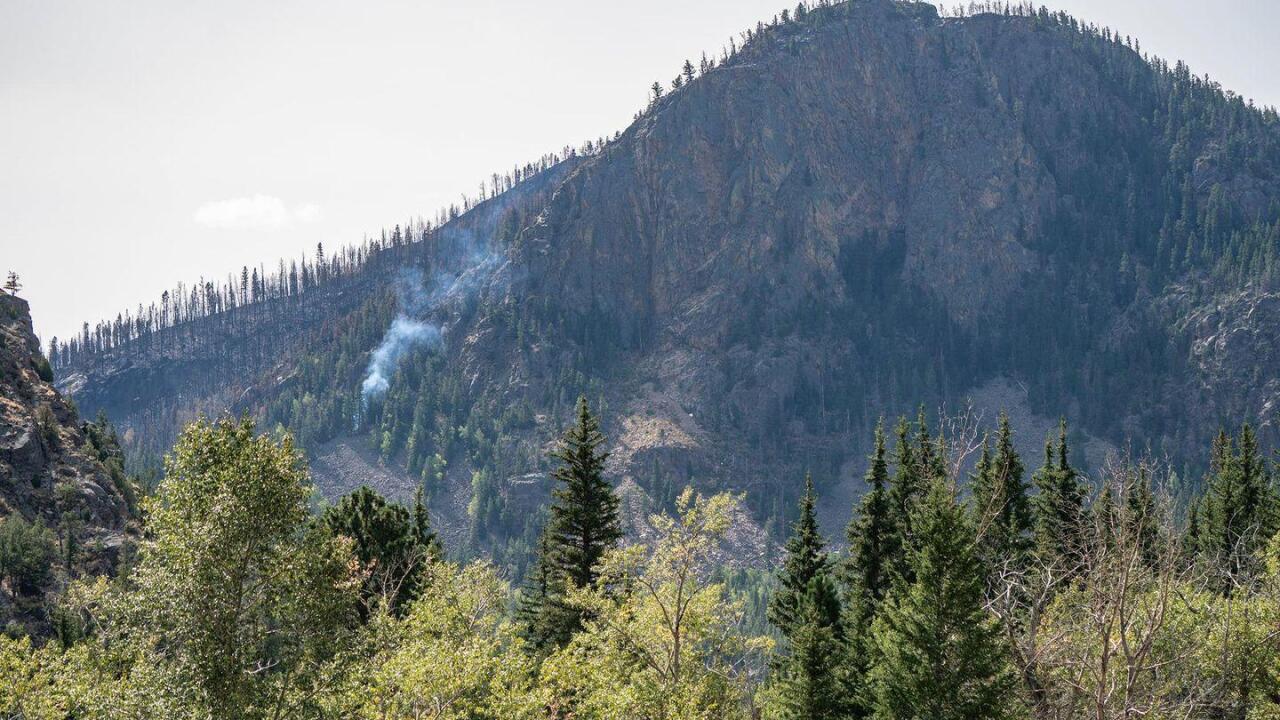 DENVER — The U.S. Forest Service is shutting down all National Forest lands in five Front Range counties due to wildfires and extreme drought conditions.

National Forest land in Clear Creek, Jefferson, Gilpin, Boulder and Larimer counties will be temporarily closed at midnight Tuesday, and officials will re-evaluate the closure daily as weather conditions change.

The burning of the Cameron Peak Fire in western Larimer County and the Calwood and Lefthand Canyon fires in Boulder County led to the decision, officials said, but all five counties are experiencing extremely dry conditions and persistent fire danger, in addition to a strain on resources as crews battle fires on nearly 442,000 acres across Colorado and Wyoming.

“The number of large fires and extreme fire behavior we are seeing on our Forests this year is historic," Forest Supervisor Monte Williams said.

Here's a map of the National Forest closures:

Failing to adhere to the closures could lead to a fine of up to $5,000 and six months in jail.

As a result of the land closure, Colorado Parks and Wildlife officials said they are reaching out directly to anyone with a hunting permit in the affected areas.

The Canyon Lakes Ranger District's 650,000 acres had already been closed in Larimer County due to the Cameron Peak Fire.