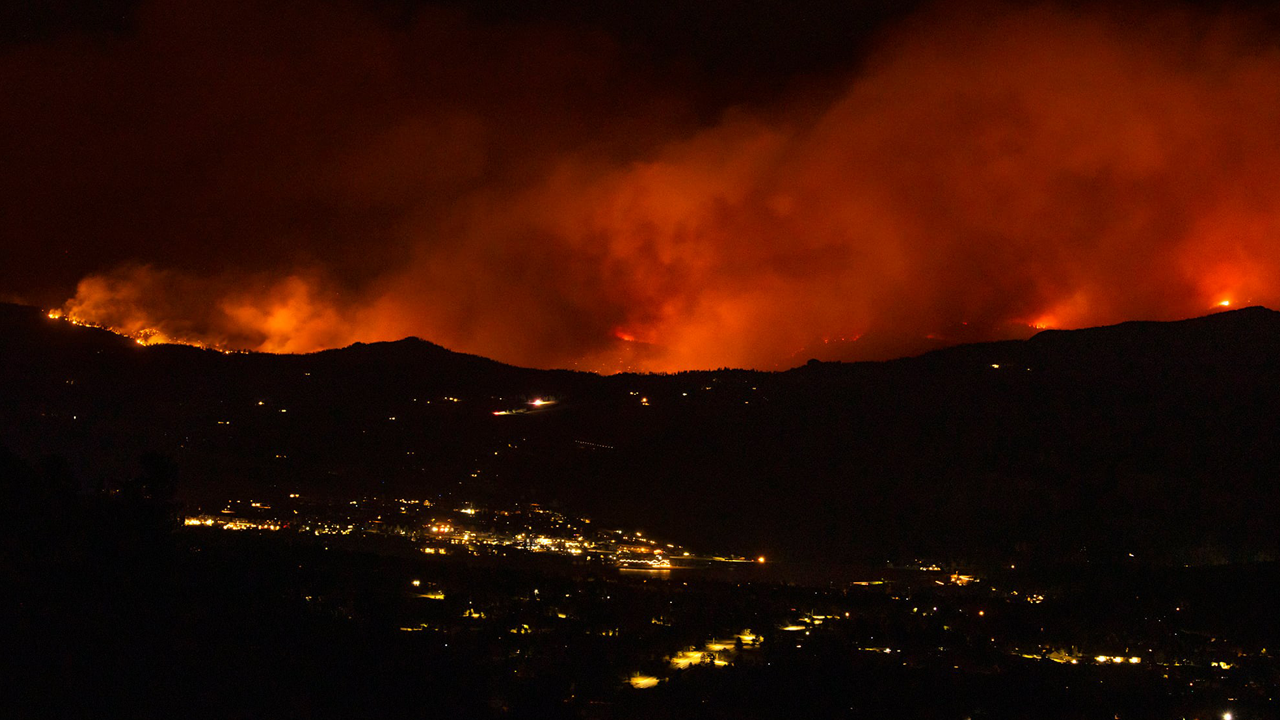 Sherrie Duris in Our Colorado Through Your Photos
Cameron Peak Fire From Estes Park Friday night. 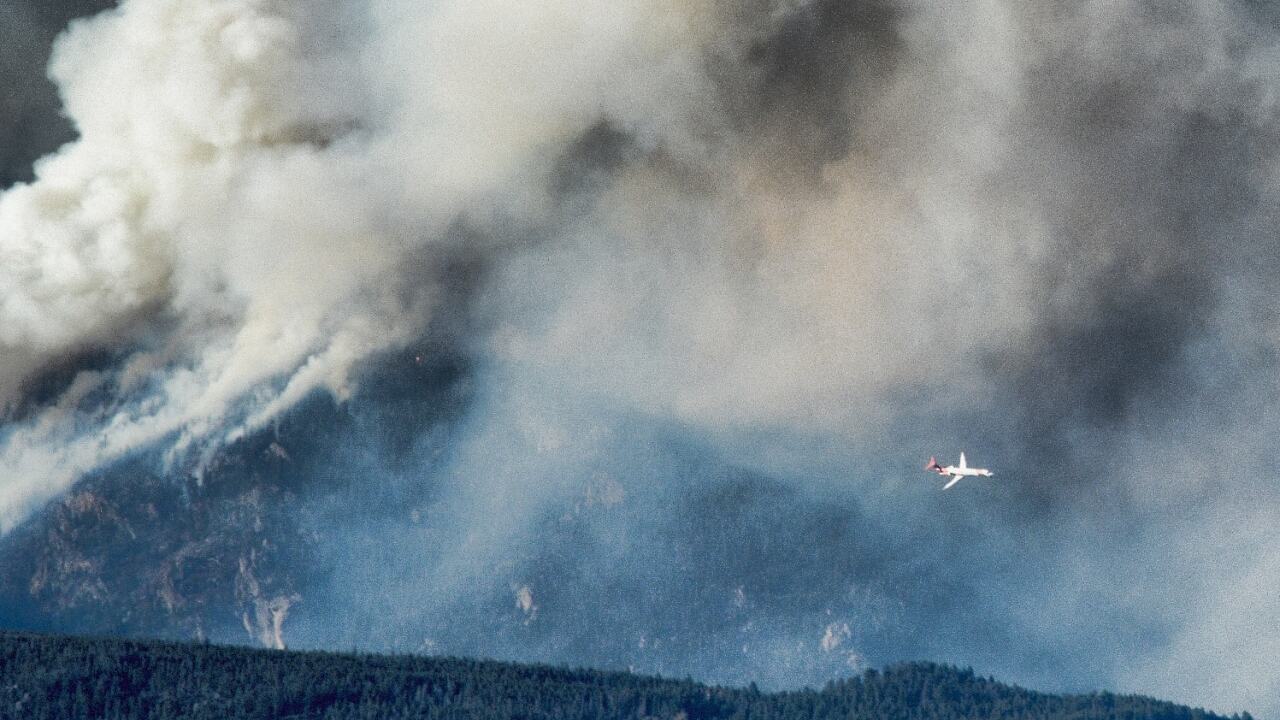 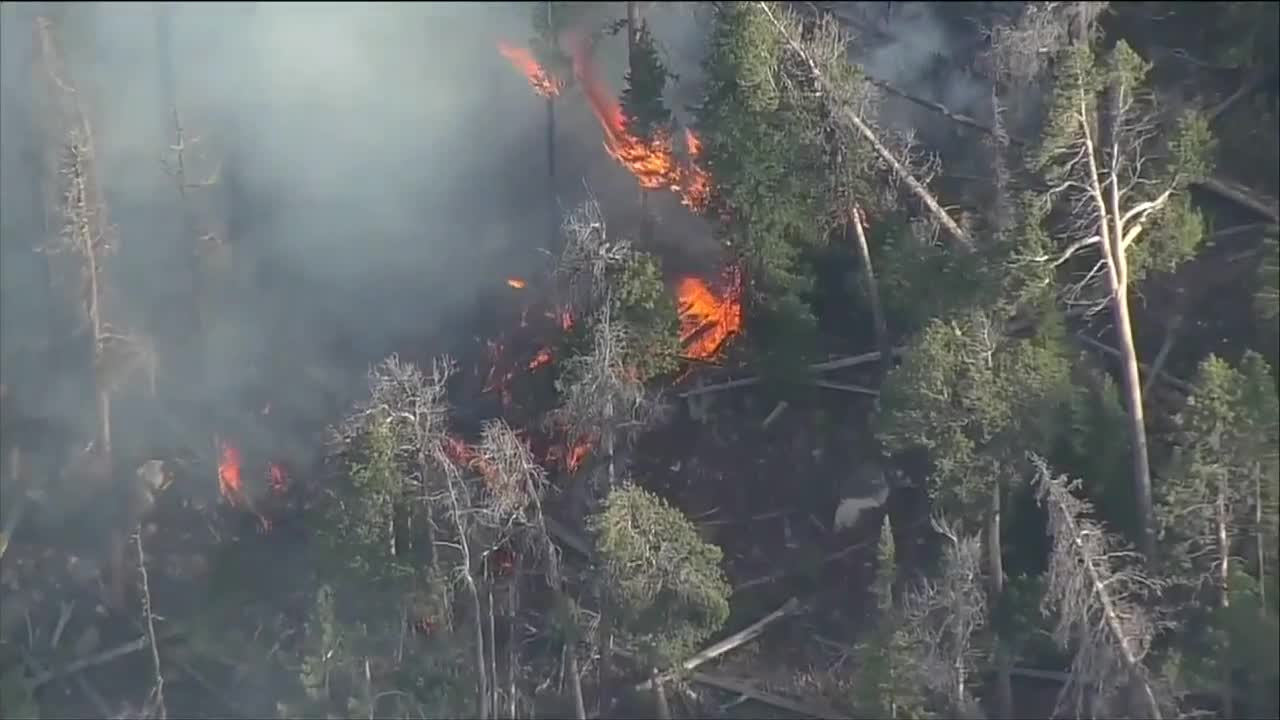 Erratic winds pushed the fire eastward toward Loveland through the afternoon Saturday, prompting new evacuations. The fire remained at 62% containment as of Sunday.

Fire officials said structures in the Buckskin Heights area may have been impacted by Saturday's explosive expansion of the fire. But it's not clear at this point the extent of the impact. In a Facebook post, Larimer County Sheriff Justin Smith said homes were lost/burned along the upper part of Otter Rd, on the western portion of upper Redstone Canyon, and in The Retreat in Glen Haven.

Loveland Water and Power, at the request of the firefighting team, has suspended power service in areas now covered by mandatory evacuations. The City’s water and wastewater services remain fully operational.

The following places in Larimer County are under mandatory evacuations:

The following places in Larimer County are under voluntary evacuations:

To sign up for emergency alerts in Larimer County, visit NOCO Alert's website here. For updates for people who have been forced to evacuate, text the word LCEVAC to 888777 from your cell phone. View the mandatory evacuations in the map below, or go here for the full list of evacuations and closures.

Highway 34 in Big Thompson Canyon closed at 1 p.m. to allow residents to evacuate.

The Canyon Lakes Ranger District of the Roosevelt National Forest closed Thursday morning. This closure includes recreation sites — including all campgrounds — trails and Forest Service Roads. Rocky Mountain National Park announced an additional closure of the Lawn Lake Trail on Thursday afternoon. Multiple other ares in the northern part of the park are already closed.

The City of Fort Collins tweeted Thursday night that while the fire pushed toward the west side of Horsetooth Reservoir, "there is little concern about it reaching or causing evacuations in Fort Collins city limits."

Saturday will be "a challenging day," and that it would be "highly unlikely" that crews will be flying at all due to the expected strong winds, Chief Paul Demerico of Rocky Mountain Team 1 said during a virtual community meeting Friday.

Watch the full community update in the video below:

Crews had to be pulled from Miller Creek, The Retreat and Storm Mountain due to extreme fire activity around 1:30 p.m. Friday. According to firefighter reports, the fire is moving very fast. Winds also picked up over the fire area around 1 p.m. and suppression aircraft had to be grounded. Fire activity increased south of Signal Mountain and is well established in Miller Fork.

This comes after a day of calmer winds Thursday that allowed fire officials to use air resources, including three large air tankers and four type 1 helicopters. Officials said the crews made good progress Thursday holding the fire south of Buckhorn Road. They were also able to assess and protect structures that are north, east and south of the fire's uncontrolled edge.

Firefighters will continue their work of keeping the fire west of County Road 27, Demerico said. One of their main objectives remains preventing the fire from moving south.

"Realistically, with Red Flag conditions and miles of open fire line, that fire advance may occur today with the critical fire weather," he said. "So we're doing everything we can to make sure we're prepared for a fire advance to the communities of Glen Haven all the way to Masonville."

To prevent this, crews put ground resources south of the eastern section of the fire.

He reminded the public that their safety and firefighter safety is their No. 1 priority.

The smoke outlook Friday is better than Wednesday and Thursday along the northern Front Range. However areas around Fort Collins, Greeley, Estes Park, Longmont, Boulder and Nederland could see periods of moderate to heavy smoke, according to the Wildland Fire Air Quality Response Program.

Scroll through the below StoryMap to see the fire's progression since it sparked on Aug. 13. The cause of the fire is under investigation.

More than 1,000 fire personnel are working around the fire.