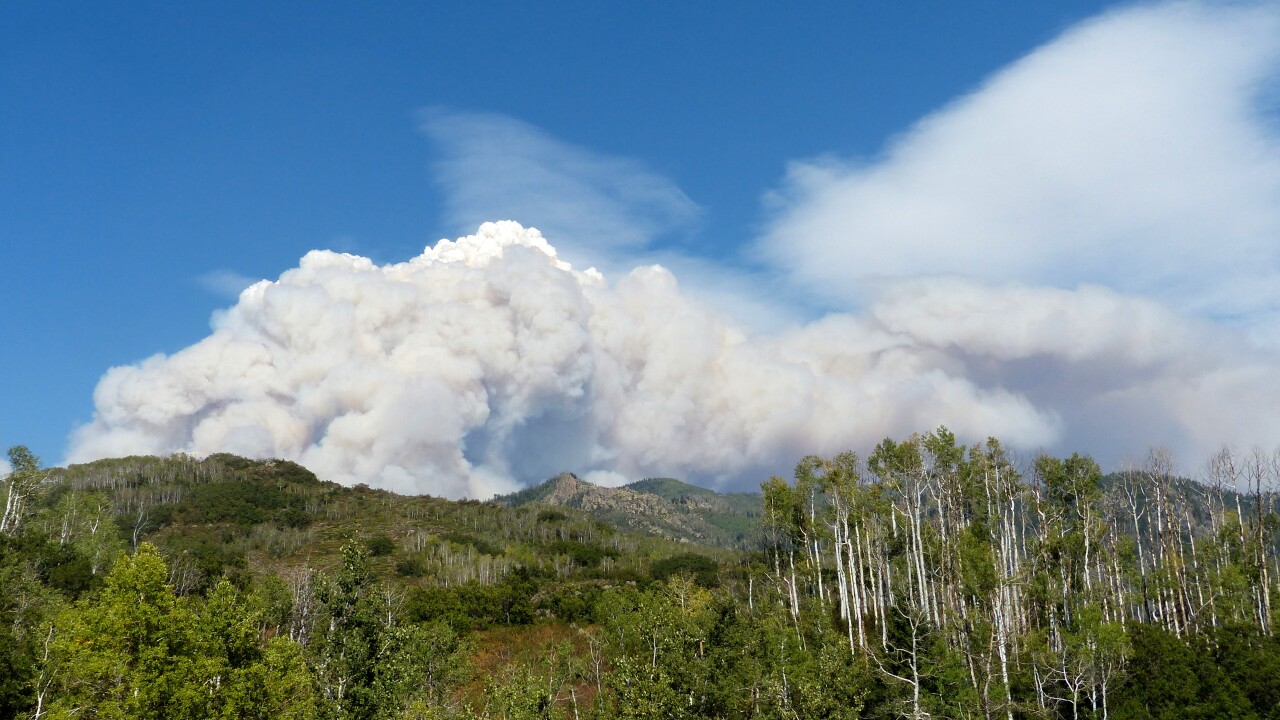 ROUTT COUNTY, Colo. – A new wildfire that started Sunday about 10 miles north of Steamboat Springs grew in quickly in size Monday afternoon ahead of a strong cold front that is expected to move through Colorado Monday night through Tuesday.

The fire is now called the Middle Fork Fire after originally being named the 353 Fire. It started on Sunday near Luna Lake and was 137 acres in size early Monday afternoon.

But people in the area said the fire grew quickly later Monday afternoon, and U.S. Forest Service crews that flew the fire this afternoon reported it was growing as well.

“The #MiddleForeFire_CO, #Routt NF is growing this afternoon,” the USFS tweeted late Monday afternoon. “No acreage update yet, but please do not head into the fire area. Photos, hunting, etc… Bad ideas.”

The #MiddleForkFire_CO, #Routt NF is growing this afternoon. No acreage update yet, but please do not head into the fire area. Photos, hunting, etc... Bad ideas pic.twitter.com/IHPA1MUzXj

The fire is burning along the middle fork of Mad Creek in the Mount Zirkel Wilderness within the Routt National Forest in mixed conifer. There were 10 personnel on the fire as of around noon Monday.

Updated information on the fire and its spread Monday was not immediately available as of 6:45 p.m.