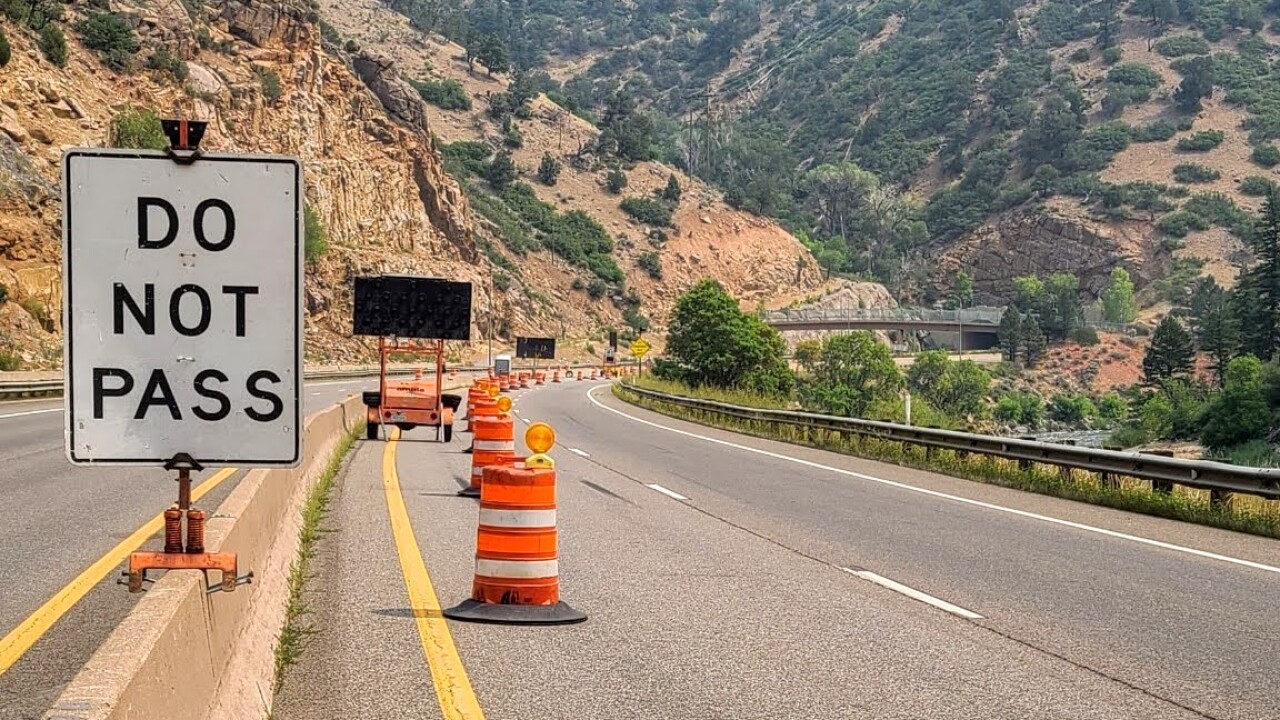 Colorado Department of Transportation
I-70 reopened Aug. 24, 2020 between Glenwood Springs and Gypsum after the Grizzly Creek Fire closed it to all traffic Aug. 10. 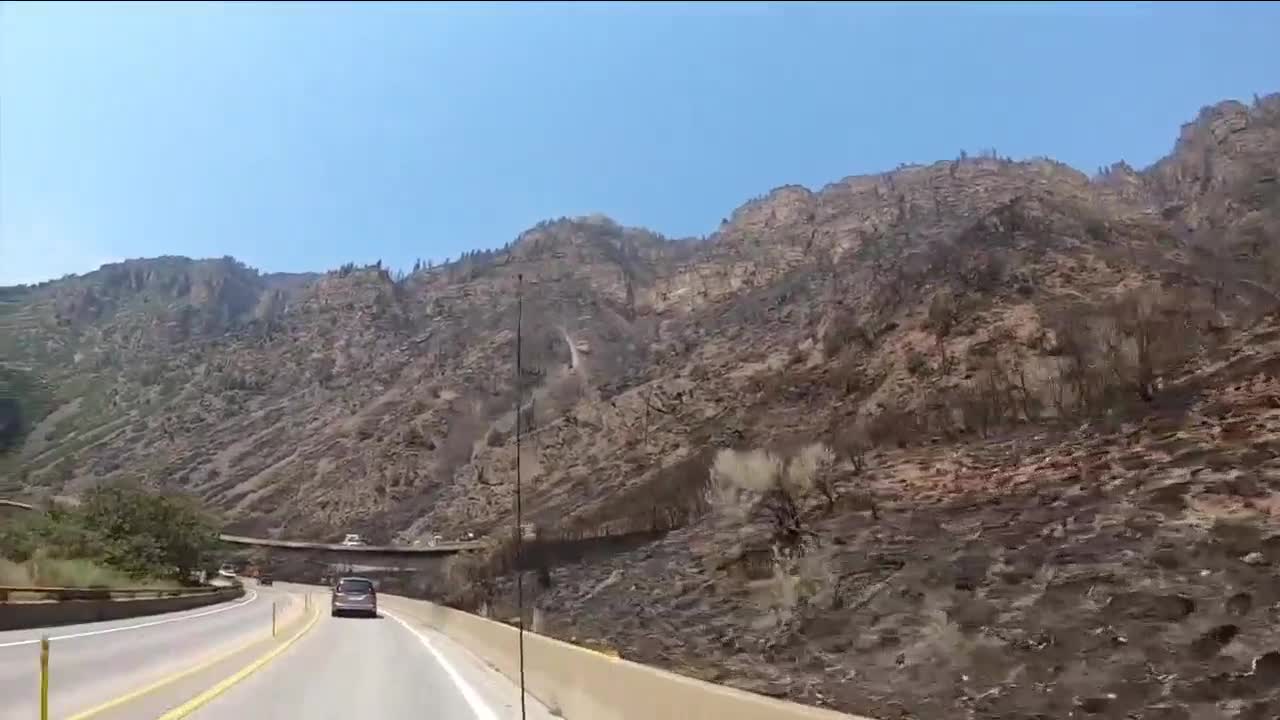 After closing to all traffic Aug. 10 due to the Grizzly Creek Fire, Interstate 70 between Glenwood Springs and Gypsum reopened Monday morning with some limitations.

The Colorado Department of Transportation announced that the interstate had opened around 6:30 a.m. in limited capacity.

The Grizzly Creek Fire, which fire officials say is now 30,719 acres and 33% contained, burned the north and south sides of the interstate.

All drivers in Glenwood Canyon should prepare for reduced speeds, no-stop areas, and new closures due to hazards like rockfall and mudslides, CDOT said.

Intermittent closures in the canyon are possible as repairs continue.

CDOT urged drivers who plan to take this route to check the weather before heading in that direction, since even a small amount of rain could trigger mudslides, rock slides or debris flows in the burn area. Storms are forecasted this week in the canyon.

CDOT crews are prepared to quickly close the road in the area if need be.

CDOT spokesperson Matthew Inzeo said that crews are now preparing for precipitation, which could quickly trigger mudslides and rock falls in the canyon moving forward even with small amounts.

He said that Monday’s reopening was smooth so far – with some traffic earlier in the day. But he said that it was almost certain the highway would have to close again for rockslides or mudslides in the future.

“The big thing that we’re going to be stressing from today onward is just how different it is, and how we need people to take care and be safe when they’re going through there,” Inzeo said. “We are actually pre-positioning equipment, getting ourselves ready for when these closures come – because it’s not if, it’s when. And we want to make sure that we can keep everybody safe and get that road back open when this does happen.

Travelers cannot stop in Glenwood Canyon while driving along I-70, CDOT said. Rest areas are closed and motorists cannot use exit ramps. The Glenwood Canyon bike path remains closed as well. Rafting, kayaing and other recreation on the river is also prohibited as of now.

Eagle County said that Cottonwood Pass Road was reopened to the public as of Monday afternoon. It had reopened to local passenger traffic only on Saturday.

Kevin Green and Virginia Wallace – both of Eagle – each drove the canyon on Monday and said they were shocked to see how scarred it was from the fires.

“It was just sad to watch, and it was kind of scary,” Wallace said.

Green said that it was “spooky” seeing the blackened canyon sides and that he worried about rockslides in the future.

“That’s what we were talking about – the winter. I think it’s going to have a huge effect, just the quality of the rocks and in generally, there is definitely going to be some slides next spring,” he said.

The interstate closed Aug. 10 when the Grizzly Creek Fire began burning along the interstate, creating dangerous conditions for anybody on the road. The closure began at mile point 116 in Glenwood Springs and ran east to mile point 140 Gypsum.

Wildfires are continuing to affect traffic on Colorado Highways 14 and 139.

I-70 closed again for a short time between Glenwood Springs and Dotsero at around 6:42 p.m. Monday as firefighters were responding to a reported new fire start in the Cottonwood Pass area, according to fire officials working on the Grizzly Creek Fire. But the highway reopened about an hour later after fire crews found no smoke burning in the area.