Campsites being evacuated; fire estimated to be 320 acres in size 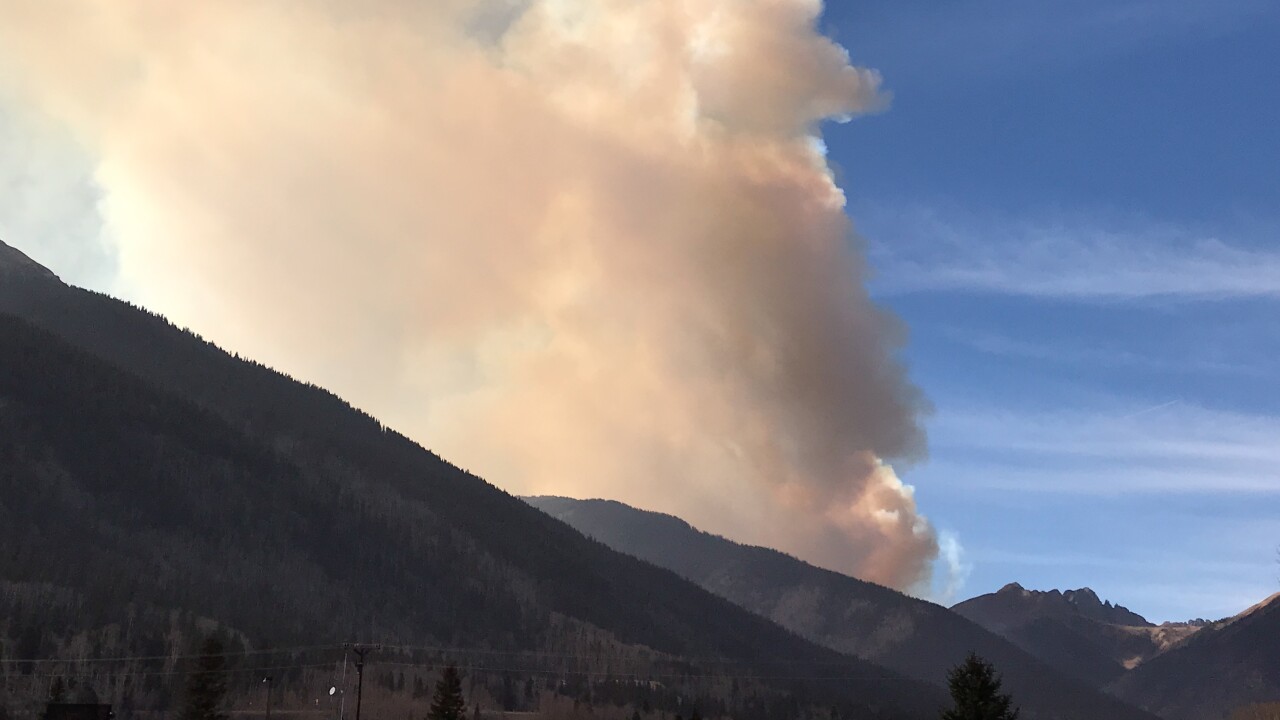 SAN JUAN COUNTY, Colo. – A wildfire that started west of Silverton in the San Juan Mountains Monday afternoon has forced the evacuation of campsites in the area.

The Ice Fire, burning in heavy timber approximately a mile east of the Ice Lake Trailhead, started at around 1 p.m. and was estimated to be 320 acres in size as of 9 p.m., according to an official with the San Juan National Forest.

Hikers and campsites were evacuated, and South Mineral Road was shut down.

The #IceLakesFire producing a large smoke plume which will impact areas downwind to the east and southeast. Air Quality Health Advisory in effect for San Juan County with heavy smoke possible in Silverton. https://t.co/PaQkiO4q1J pic.twitter.com/ZmefriZtzg

Firefighters are attacking the fire from the air and land, but additional aviation resources, including type 1 helicopters and single engine airtankers have been ordered.

USFS officials ask that the public avoid the area to let firefighters work and to prevent from creating bottle-neck traffic, “as this poses risks to fellow travelers in the area.”

The San Juan County Office of Emergency Management said any evacuation information will be put out via NIXLE, so residents are urged to sign up by texting 81433 to 888777. They also advise anyone to consider relocating temporarily if smoke is present inside a home and making you ill.