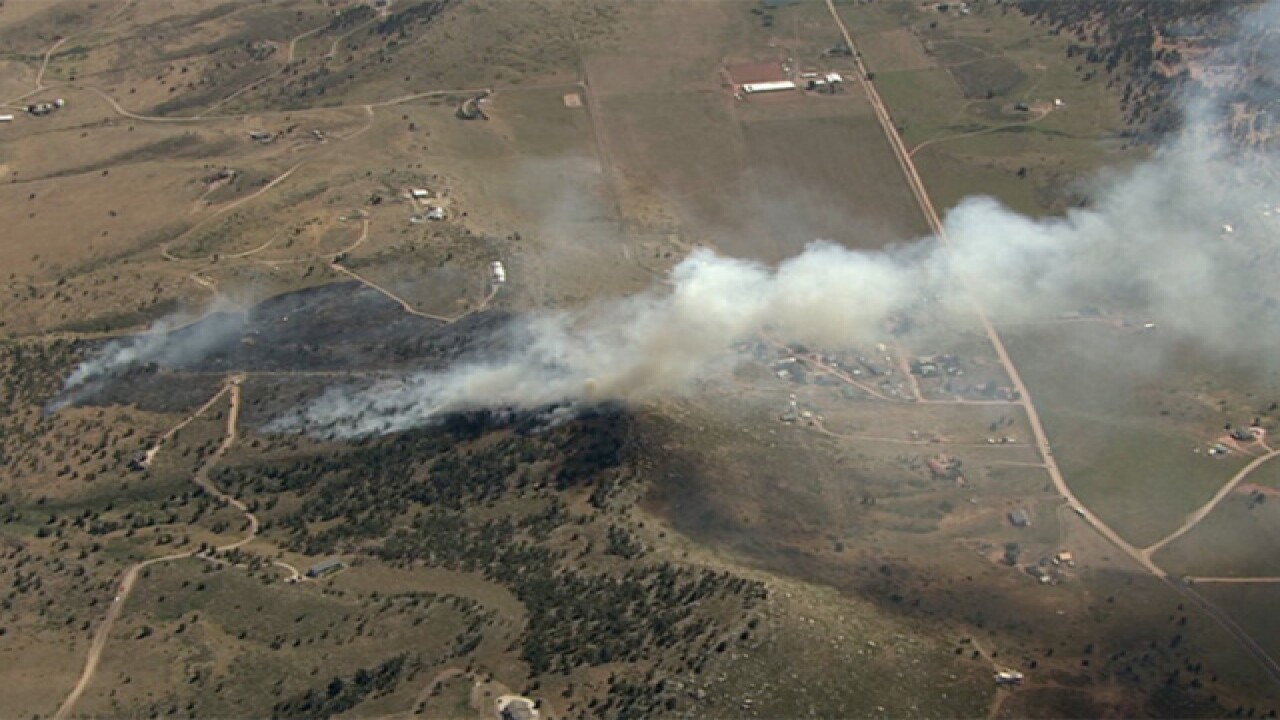 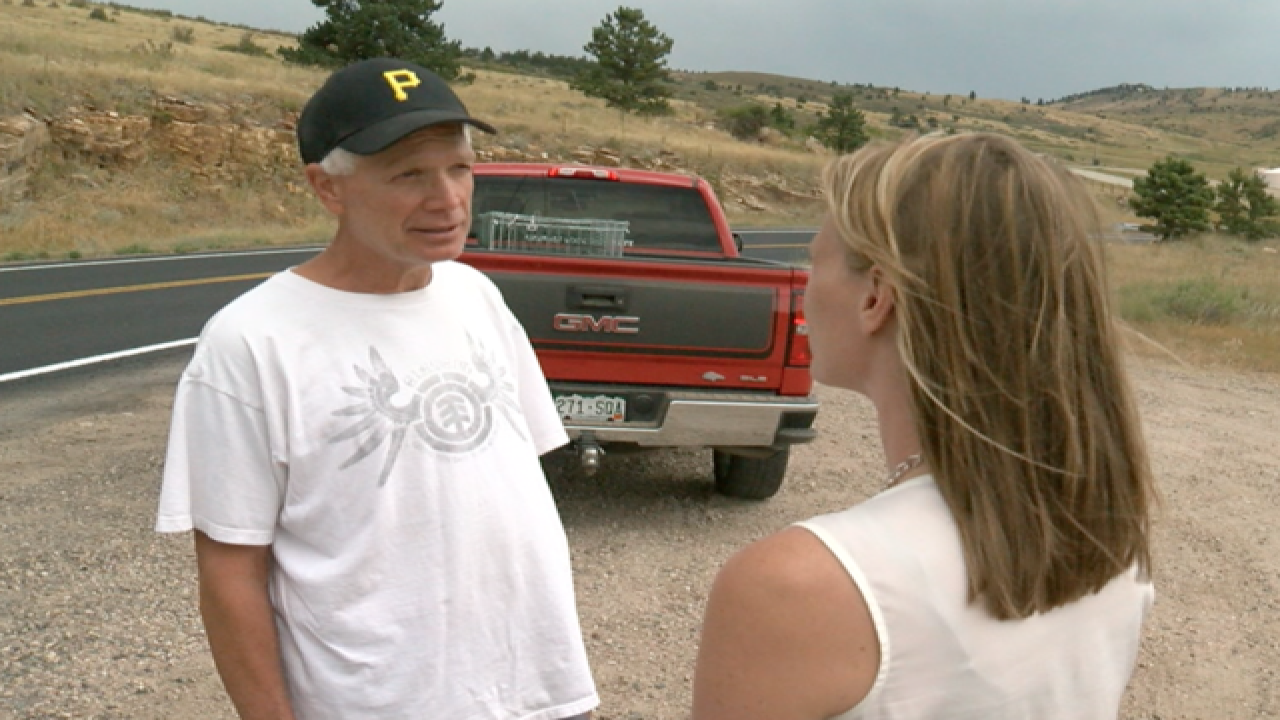 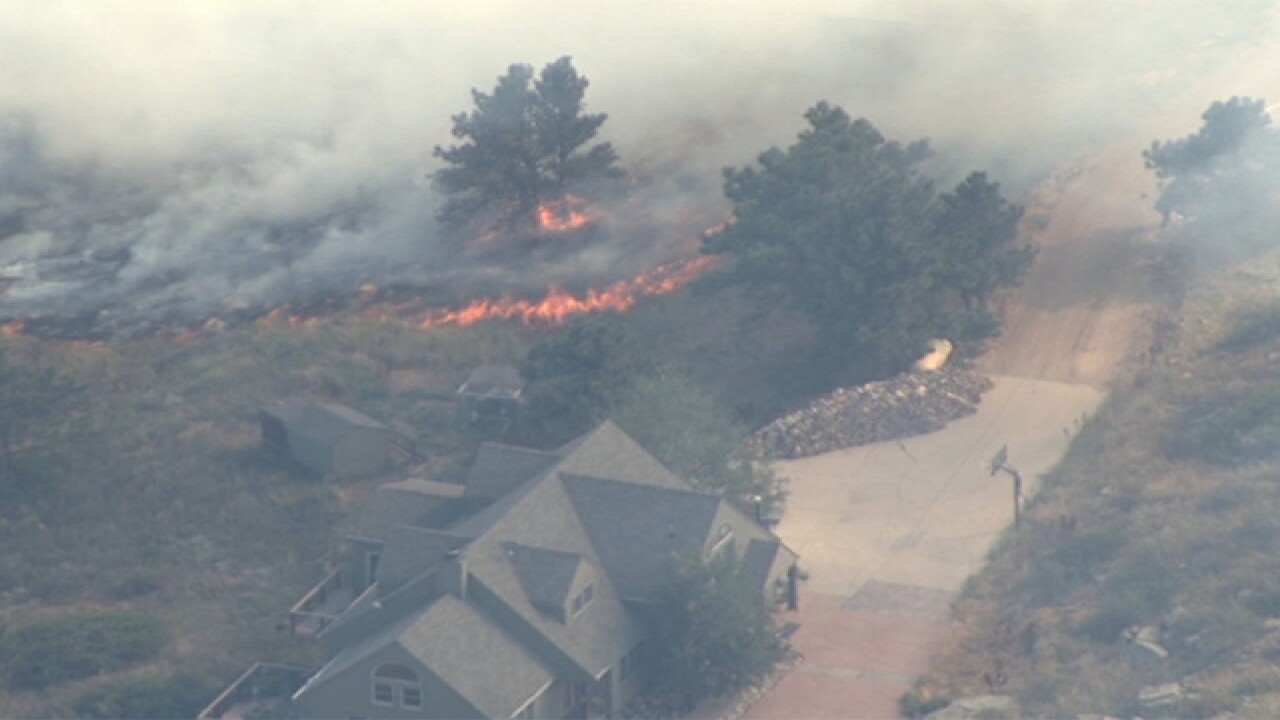 BERTHOUD, Colo. -- A Larimer County homeowner is "eternally grateful" to firefighters who saved his house from an oncoming blaze that at one point got dangerously close to his property.

"It was probably about 20 feet from the house, surrounding the house," said Eric Fuhrmann, who was not home when the fire started, but saw the flames creeping closer to his house on live television. "Boy, you could just see the firefighters giving it their all. Again, I can't thank them enough."

Emergency managers said Thursday that the 73-acre Hertha Ridge Fire is now 75 percent contained, after crews spent the day putting out hot spots and mopping up.

"The biggest challenge right now is it’s really rocky terrain," said Justin Whitesell, the emergency operations manager for the Larimer County Sheriff's Office. "When we mop up, we just stir the dirt. It’s like gardening. We try and get down in there and just stir the heat and knock out the heat down in there. The rocks make it hard to do that."

He said it helped that Furhmann had created defensible space, a clear area, around his home.

The only things that burned were a woodpile, a shed and a chicken coop, and even the chickens made it out alive.

Furhmann said he has lived through plenty of wildfires over the last 20 years in the area, so he was prepared, but this one did come too close to home.

"We are eternally grateful to the firefighters," said Fuhrmann. "They risked life and limb to save our house, and I don't know how they did it. We can't thank them enough."