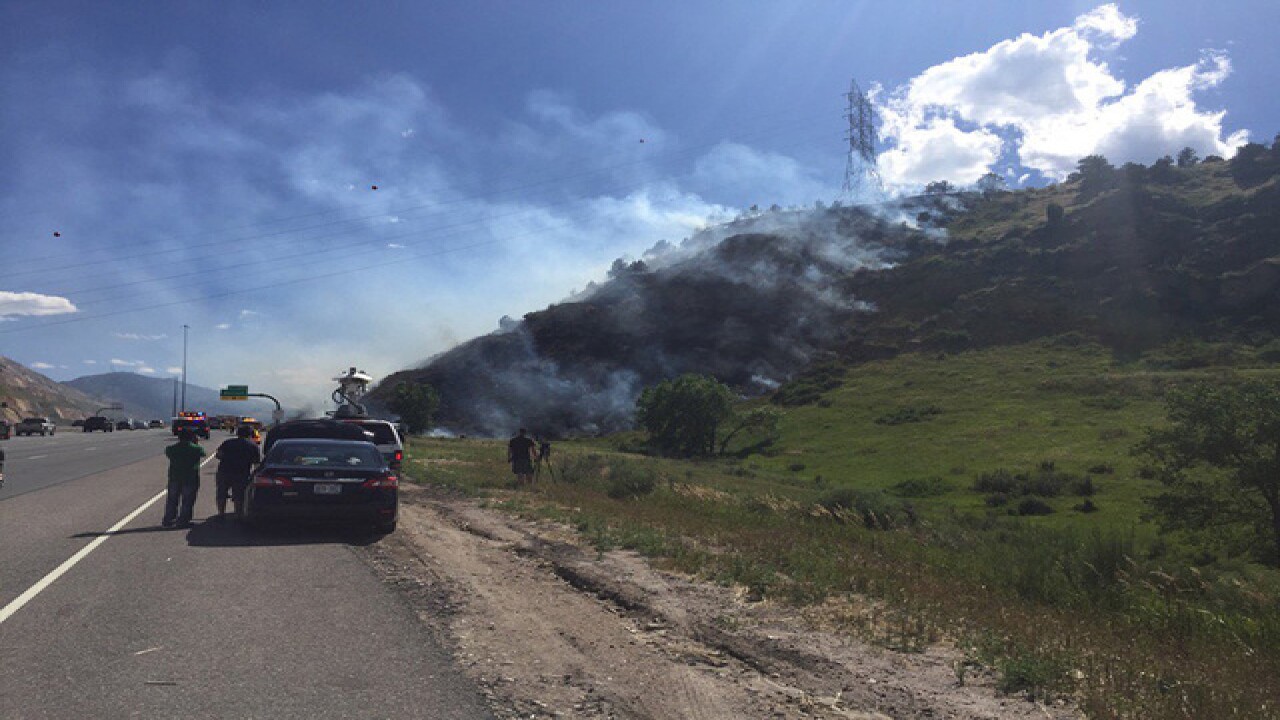 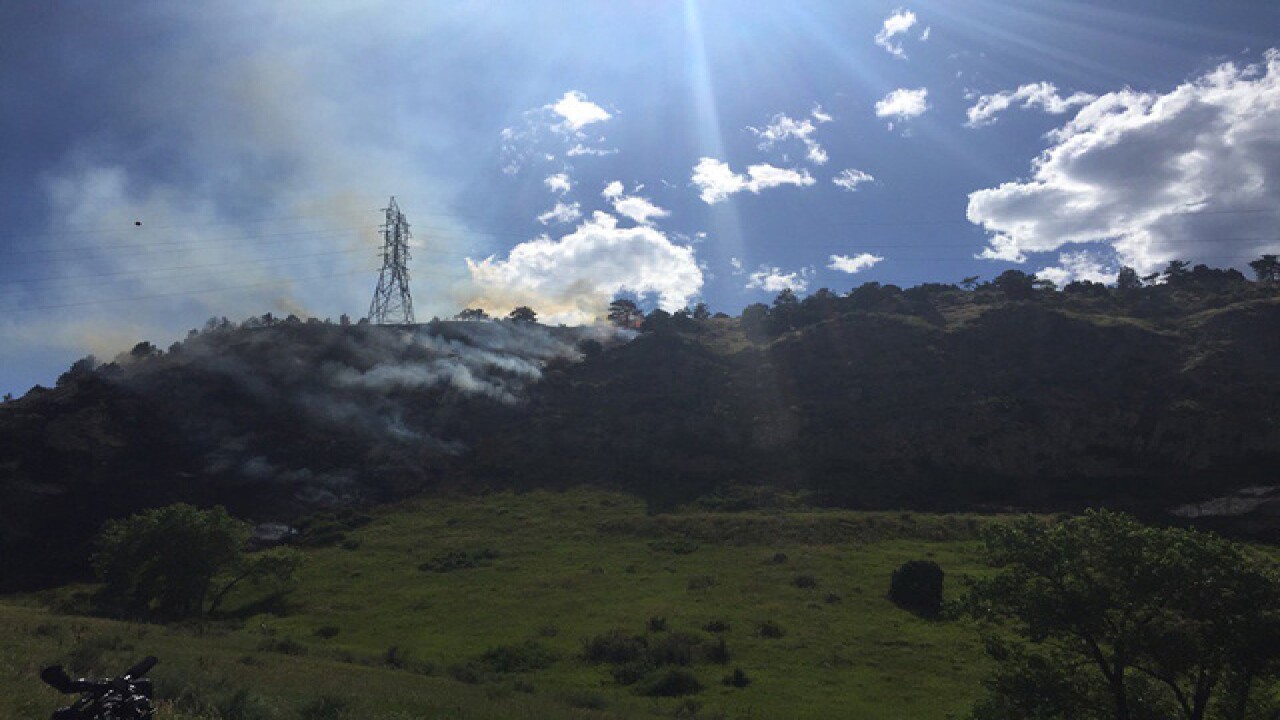 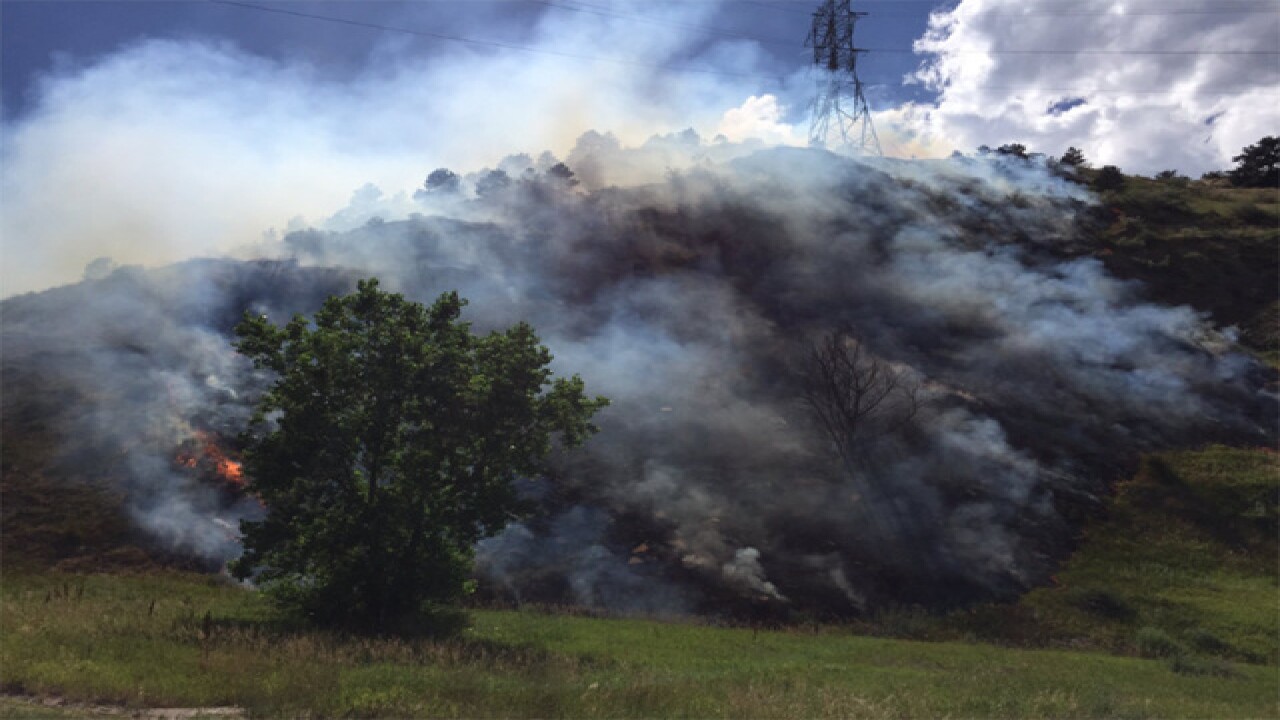 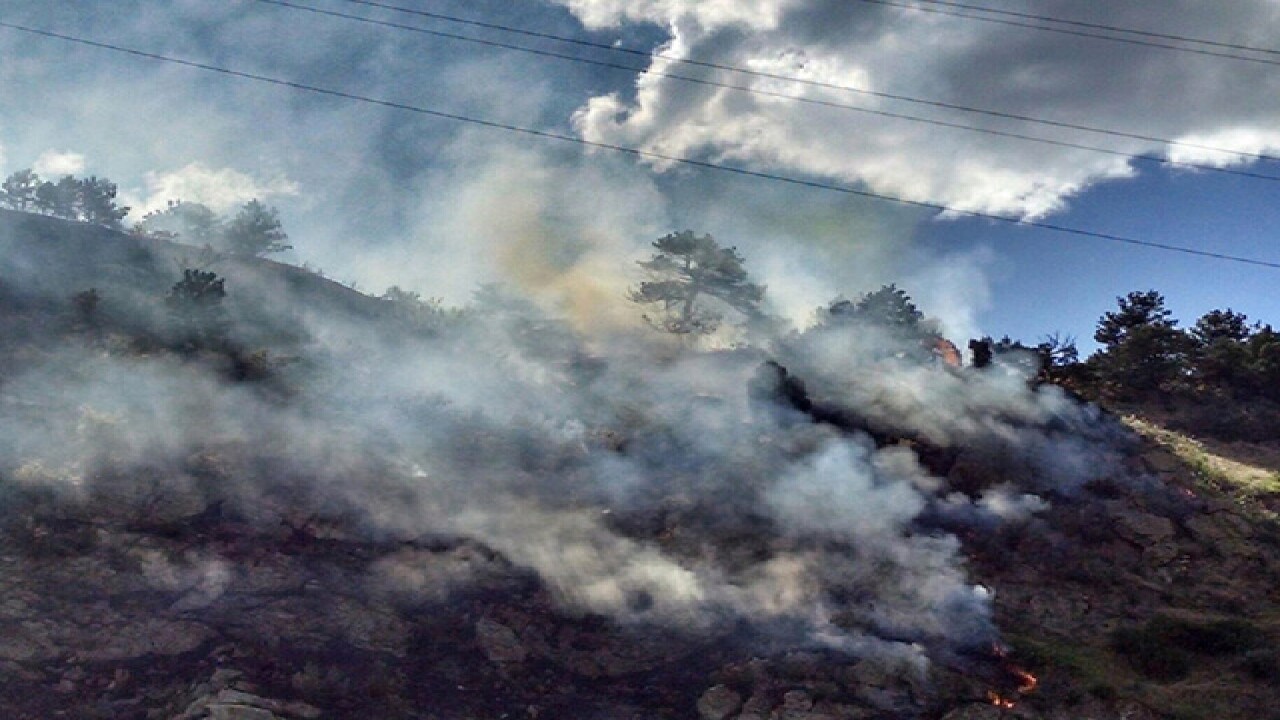 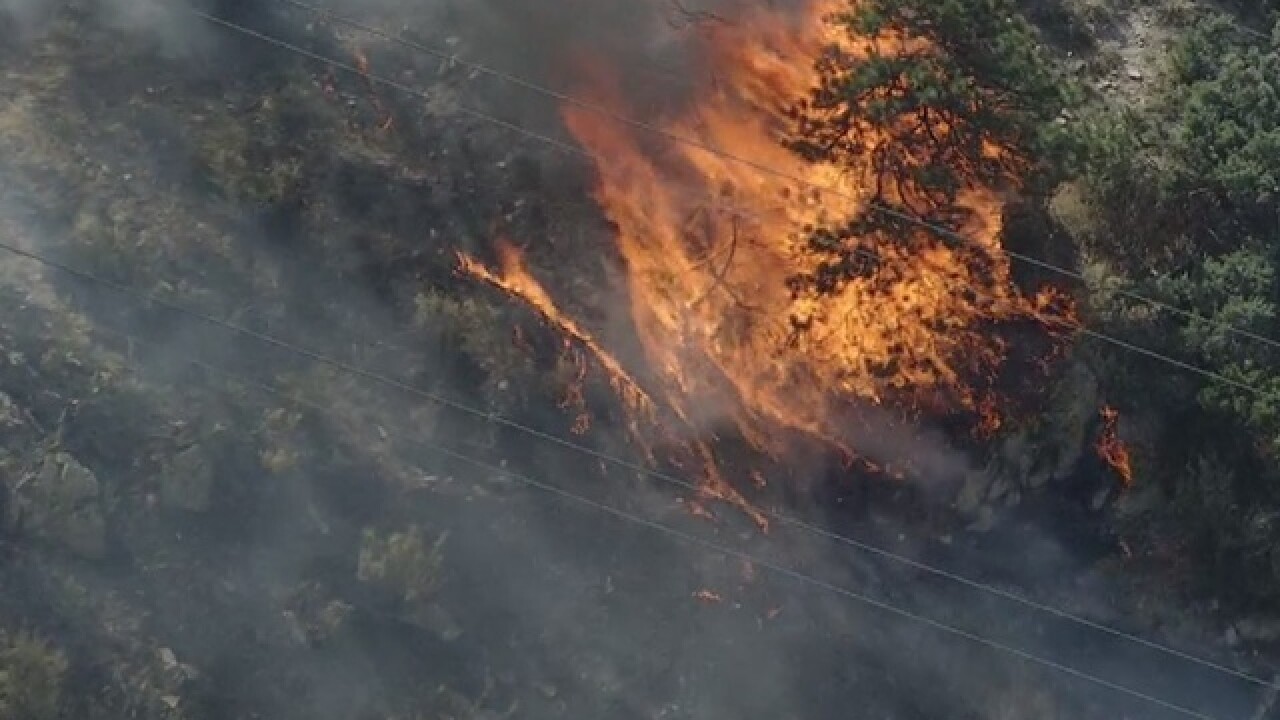 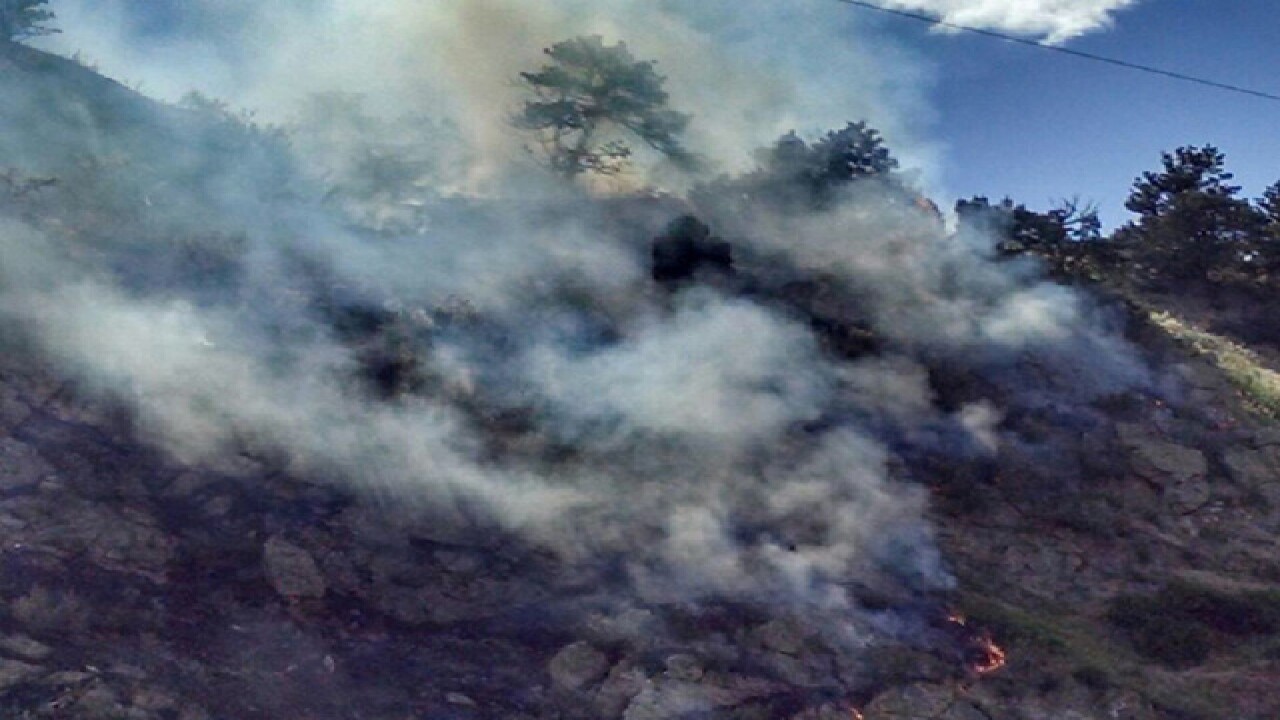 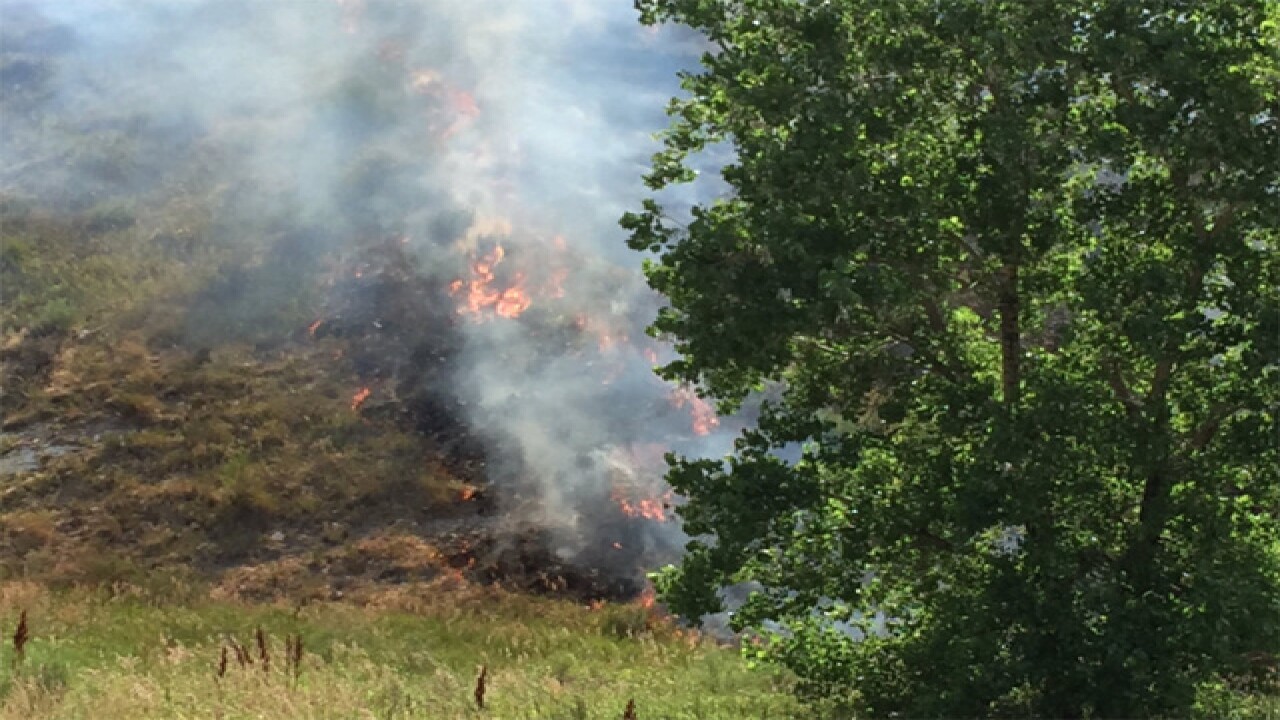 A grass fire that started when trash blew out of a truck and hit some power lines caused traffic headaches for many drivers, as Interstate 70 was shut down at C-470 near Golden for several hours Sunday afternoon, according to Colorado State Patrol officials.

The grass fire was located on a hillside near the Morrison exit on I-70, according to information provided by the CSP Golden subdivision on Twitter.

The fire was burning at the top of the ridge and was slowly moving north, but winds eventually pushed the blaze east. Several fire agencies were battling the flames, a CSP Golden official said.

The flames forced the Golden Police Department to evacuate a HazMat facility and the Rooney Valley Soccer Complex as a precaution, but no other structures were threatened by the fire, CSP officials said.

Eventually, a chopper arrived at the scene and dropped several buckets of water to aid the twenty firefighters from seven different agencies who were putting out the flames.

The Jefferson County Sheriff's Office implemented a Stage 1 Fire Restrictions in all of unincorporated Jefferson County, prohibiting the following activities from taking place:

More information about the Stage 1 Fire Restriction can be found here.

The Hogback Fire was contained at around 8:46 p.m., according to the Golden Fire Department.