Fire was 32K acres as of Tuesday morning 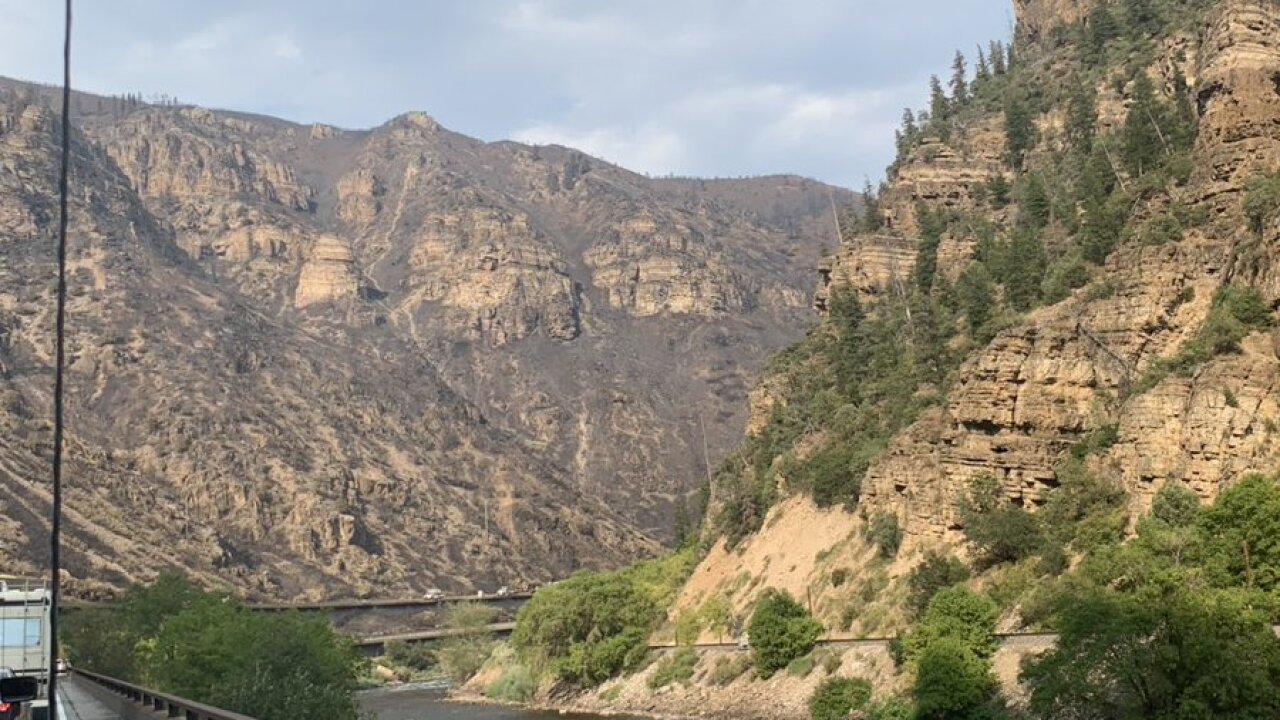 Copyright 2020 Scripps Media, Inc. All rights reserved. This material may not be published, broadcast, rewritten, or redistributed.
Sean Towle/Denver7
Glenwood Canyon along Interstate 70 as seen on Aug. 24, 2020 after it reopened following a nearly two-week closure because of the Grizzly Creek Fire.

Firefighters were able to complete successful burns on the Spruce Ridge area on Monday, which increased containment. But there were some lightning strikes and outflow winds from nearby storms that stoked fire activity in the afternoon, including a flare up along I-70 that temporarily closed the interstate again.

But I-70 is back open for the time being, and Cottonwood Pass Road reopened to passenger traffic Monday as well. But drivers are still being urged to be extremely cautious driving from Gypsum to Glenwood Springs through the canyon, with fire crews still in the area and the potential for flare ups and mudslides when it rains.

Fire managers say they expect to see increased fire activity on Tuesday, with interior fires expected to flare with more outflow winds forecast, along with high temperatures. There is also a chance of thunderstorms with lightning Tuesday afternoon and evening.

“Motorists through Glenwood Canyon may see smoke and flames within the perimeter and should not call 911,” fire managers said.

There is another community meeting scheduled from 6 p.m. to 7 p.m. on Tuesday on the fire's Facebook page.

The National Forest Foundation on Tuesday announced that the White River National Forest Restoration Fund was accepting donations that will go toward restoration work on the forest that was burned by the fire.

The Forest Service says donations will go toward forest restoration and infrastructure repairs within the forest, which are expected to begin next year once the fire is extinguished and officials have determined restoration priorities.

The Grizzly Creek Fire is one of four major fires, and several smaller ones, currently burning in Colorado. Click here for more Denver7 coverage of the wildfires.