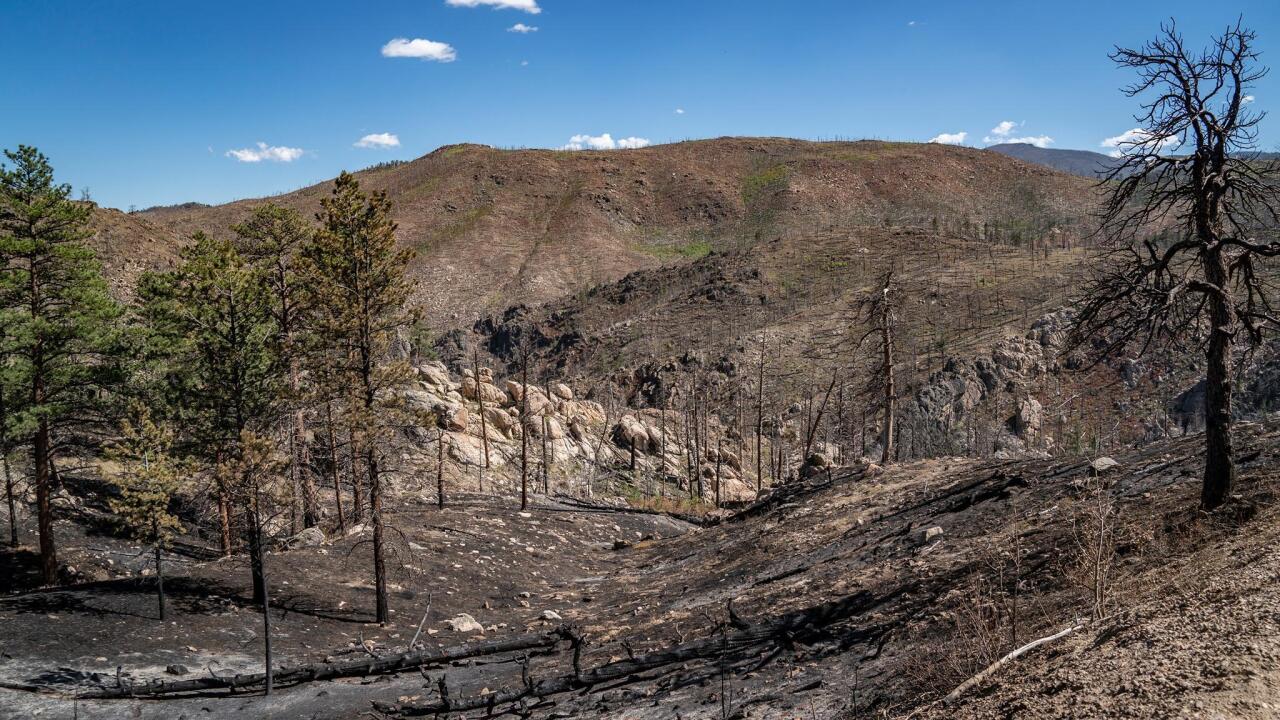 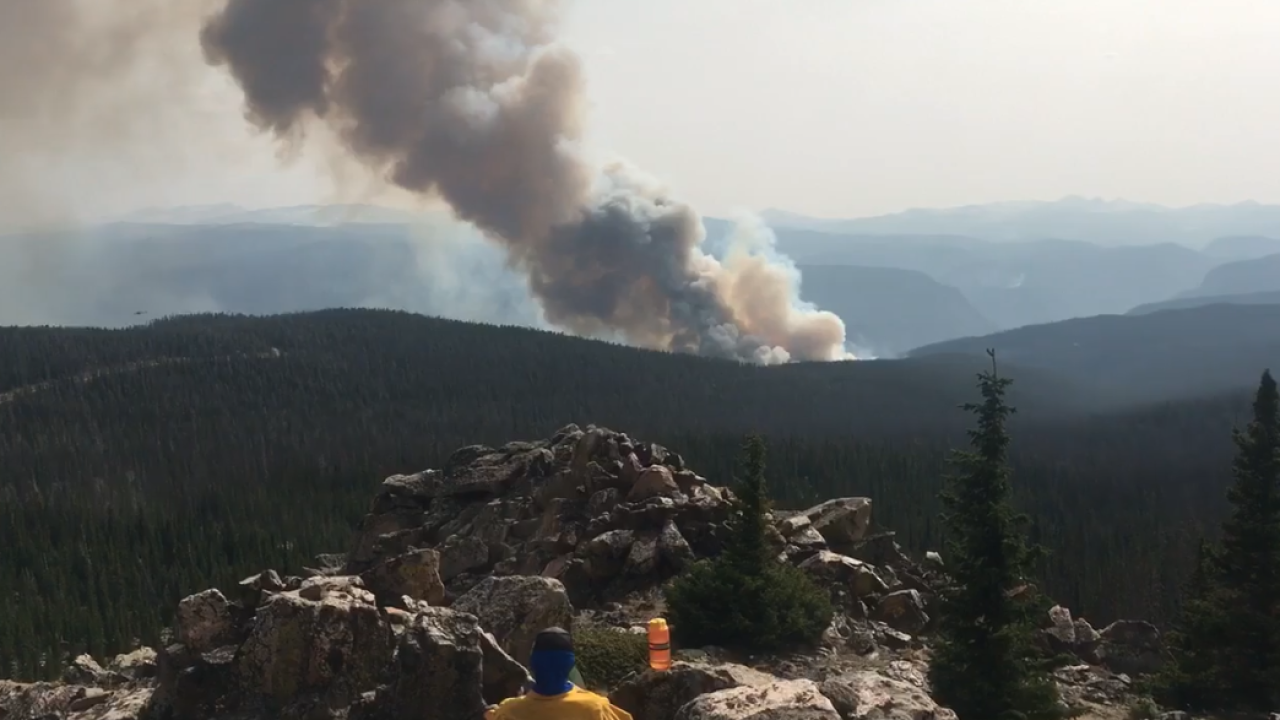 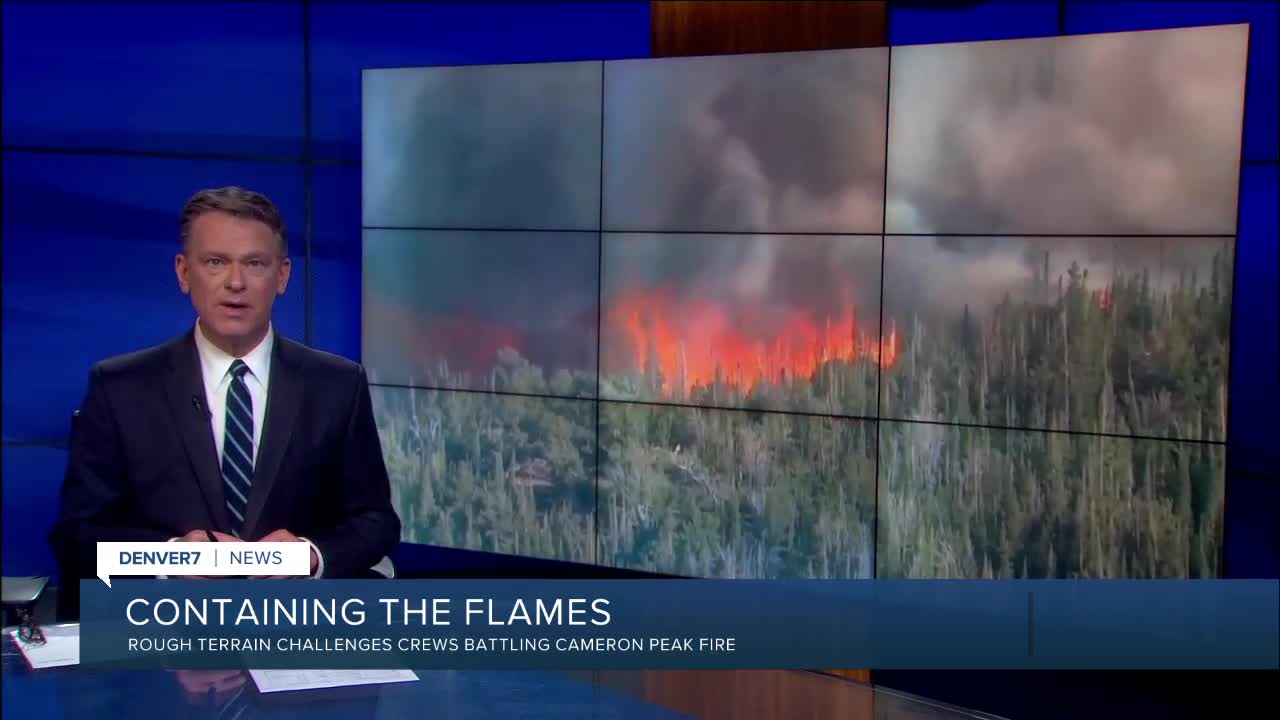 LARIMER COUNTY, Colo. — Firefighters at the Cameron Peak Fire are continuing to make “excellent progress” around the perimeter of the fire, according to the Interagency Wildland Fire Air Quality Program.

The most active section of the 102,596-acre fire on Wednesday was the Green Ridge area along Highway 14, officials said. This region of the fire has a steep slope and dry and dead beetle-kill trees.

However, firefighters were able to make progress on the fire line here with the help of aerial crews. The containment remains at 8%.

The contingency lines were strengthened on Wednesday in the Crystal Lakes, Red Feather and Glacier View subdivisions, according to the Southwest Area Incident Management Team.

The lines have stayed secure along the fire’s perimeter on the northeastern, eastern and southeastern sides, which includes Highway 14, Pingree Park Road, Long Draw Road and Buckhorn Road to Comanche Reservoir, the team reported.

Fire managers have refined plans for structure protection in Estes Park and Glen Haven, and built indirect lines around the communities, in case they’re needed.

On Thursday, firefighters will continue focusing on constructing direct and indirect fire lines, as well as implementing structure protection. Crews will work on all sides of the fire. Most of the resources are on the northwestern and northern sides, where it’s most active and where winds are continuing to push it.

The incident management team said the fire's perimeter will be tested this weekend as thunderstorms bring gusty, erratic winds to the area. However, the storms will also bring more ideal conditions, including an increase in humidity, lower temperatures and possible rain. The latter weather should help prevent the fire’s spread, fire officials said.

Conditions over the next few days should provide favorable opportunities for continued suppression, according to the Interagency Wildland Fire Air Quality Program.

An Action Day Alert is in effect until 4 p.m. Thursday due to poor air quality along the Front Range urban corridor from Douglas County north to Larimer and Weld Counties. This includes the Denver, Boulder, Fort Collins and Greeley areas.

The air quality will be unhealthy in Fort Collins, Greeley and Longmont by the afternoon.

More details are below for the impacted areas.

The voluntary evacuation for Glacier View was lifted on Tuesday.