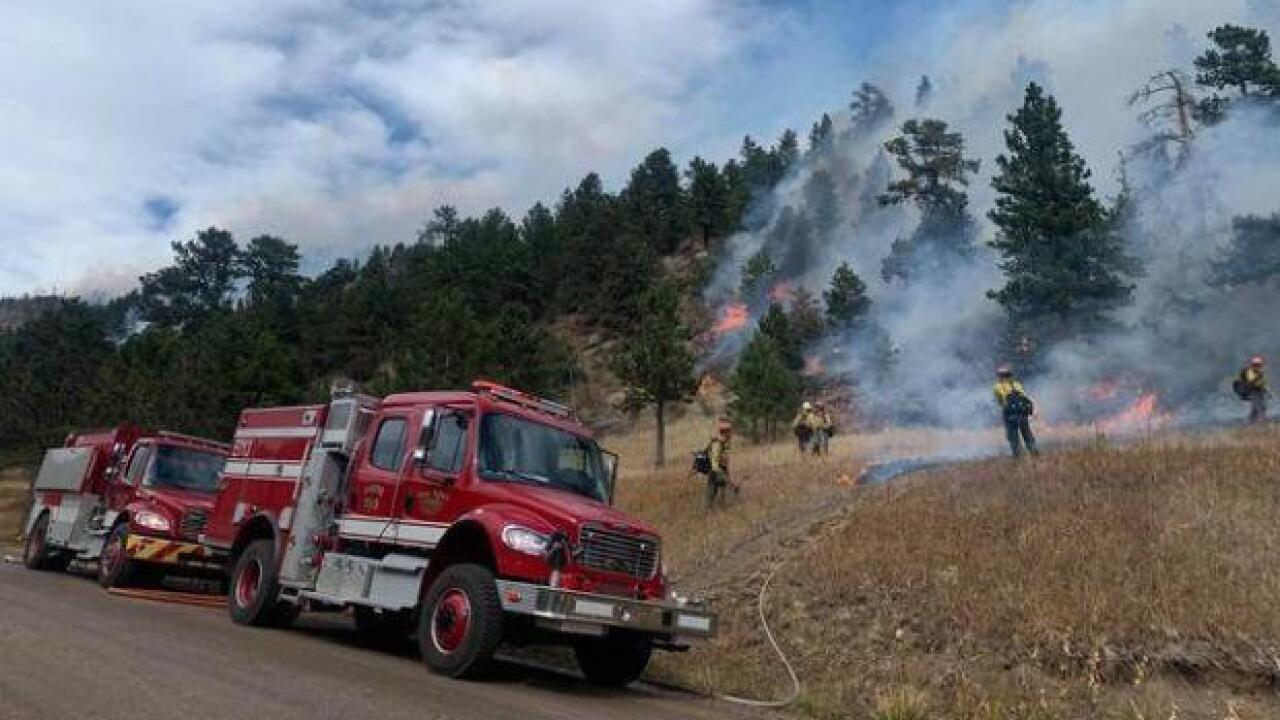 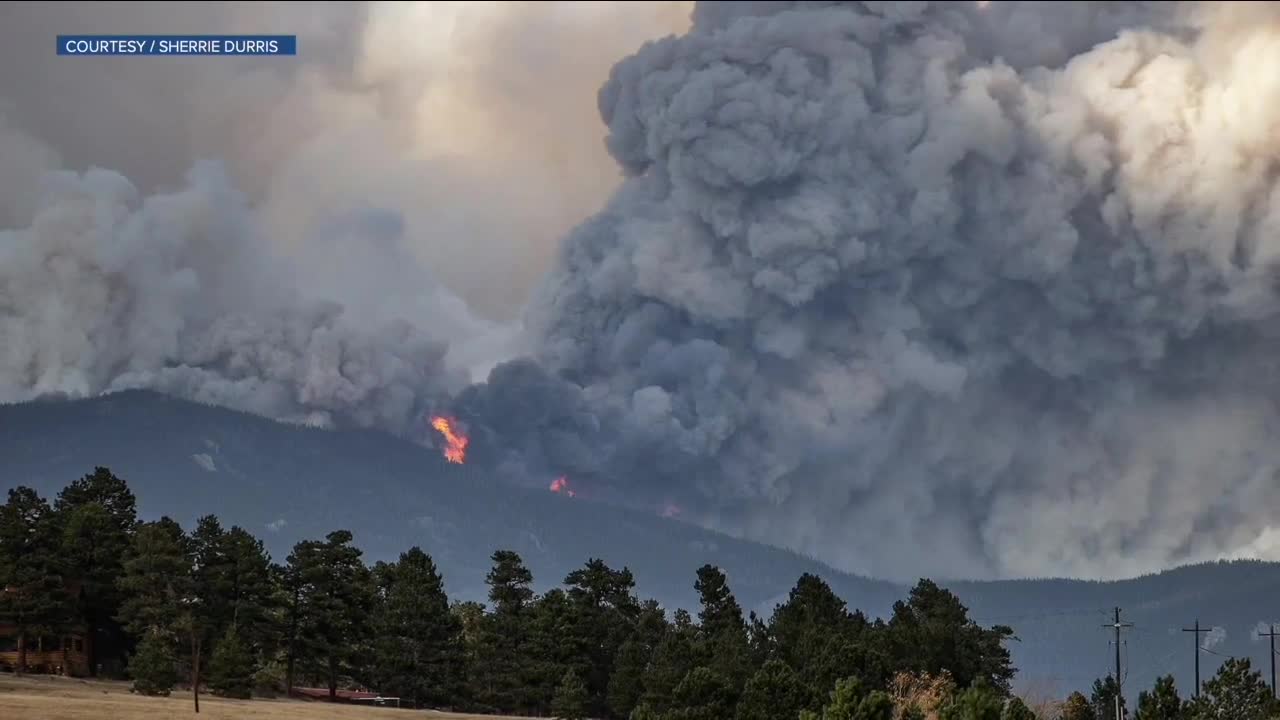 The Cameron Peak Fire is, as of Monday evening, 204,404 acres. Crews were able to make more progress over the weekend, bringing the fire's containment levels up to 51%. They are continuing to focus on containing the part of the fire that made a massive run on Wednesday, as seen in red in the map below. It was first reported on Aug. 13 in the pink and purple area.

Paul Delmerico, operations section chief for the Rocky Mountain Team 1, said "things look good" on the fire's western side and all the way north. Despite the large run, crews have had good success along 44 H Buckhorn Road.

There is a 2,400-acre spot fire on the blaze's eastern edge, but firefighters have it almost completely contained, with the exception of the northern tip. Firefighters are working to secure that section, though it's proving difficult in the steep, dry terrain. Delmerico said they expect to have that whole spot fire in containment lines by the end of shift Monday.

At the far eastern tip of the fire, 50 fire personnel are working. They found an old burn scar in that area that will prevent the fire from spreading farther south, Delmerico said.

On the southern edge of the part of the fire that moved east on Wednesday, firefighters are continuing to try to hold the fire from moving south as well. On this part of the fire's southwestern side, just west of Glen Haven, there is some fire activity but no threat, Delmerico said. Crews are scouting for places to create a fireline from The Retreat to Storm Mountain to protect values.

The main focus for the entire eastern and southeastern part off the fire to to prevent it from moving beyond Buckhorn Road or east of County Road 27.

The Glen Haven Area Volunteer Fire Department said there is still some active fire in the drainage that runs east from Copper Hill and Black Creek. However, it's moving uphill, away from The Retreat. The fire department said there's also active fire on the Bulwark Ridge of Signal Mountain. A team is working to prevent it from dropping downhill into the North Fork drainage.

Dry and windy conditions may increase fire activity on Monday. The west side of the fire will see winds of 25 to 35 mph, with gusts up to 55 mph. The eastern side is slightly calmer, with winds 15 to 25 mph and gusts of 30 to 40 mph, according to Rocky Mountain Type 1 Incident Management Team.

Multiple locations around the edges of the fire are under voluntary or mandatory evacuations. For details, view the evacuations in the map below, or go here for the full list of evacuations and closures.

The Loveland Fire Rescue Authority said the Ranch Events Complex is assisting with residents who have evacuated and have livestock or large animals. Anybody who needs help or has a trailer to help is welcome to contact Troy Badberg with the Larimer County Sheriff's Office at 970-443-3231.

The smoke impact for Monday along the Front Range will be relatively small compared to the past week. Estes Park, Longmont and Boulder will see moderate smoke that may affect sensitive individuals if they're outside. The smoke outlook is rated as "good" for Tuesday across the whole area.

The cause of the Cameron Peak Fire remains under investigation. It is the first wildfire in Colorado history to grow beyond 200,000 acres.