Fire has grown to 50 acres in size, cause of blaze unknown 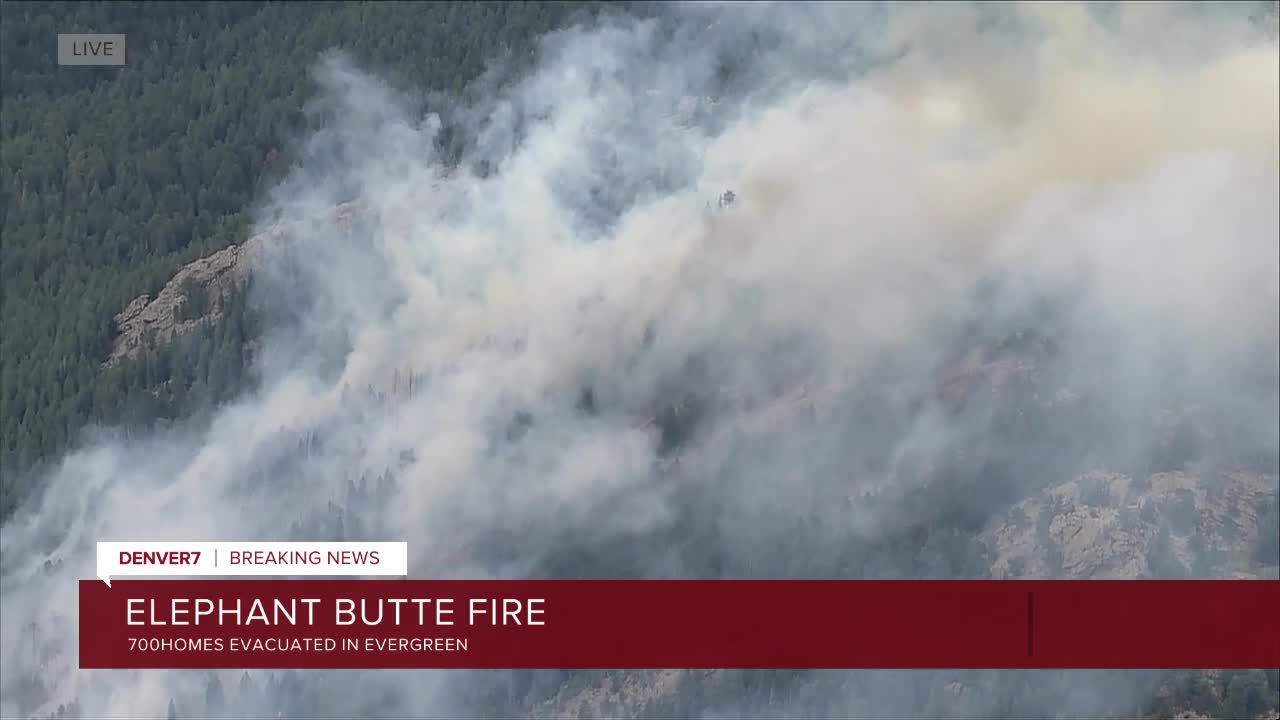 Residents living in the Upper Bear Creek Road and Elephant Butte areas of Jefferson County were ordered to evacuate their homes immediately Monday afternoon as a wildfire burned in the area, creating a billowing cloud of white smoke that could be seen for miles. 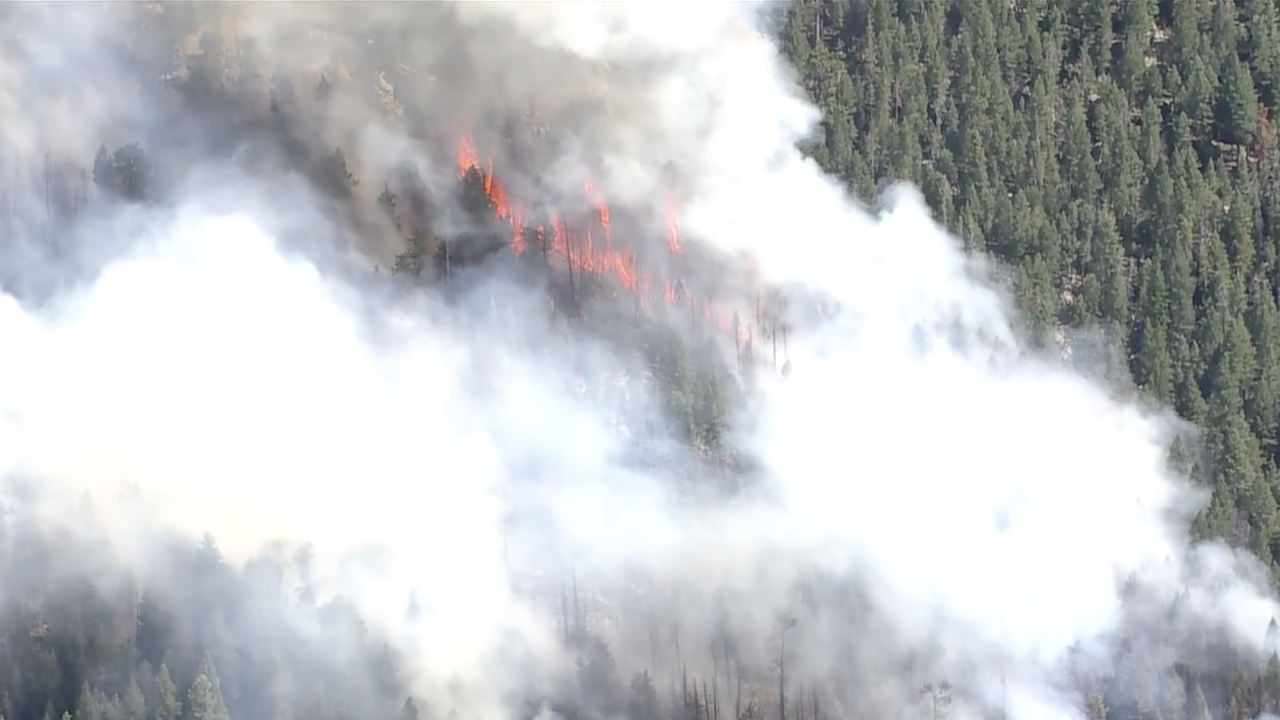 EVEGREEN, Colo. — More than 1,000 households west of Evergreen in Jefferson County were ordered to immediately evacuate Monday afternoon following reports of a wildfire that created a billowing cloud of white smoke that could be seen for miles.

The rapidly growing Elephant Butte Fire is burning in the area of Upper Bear Creek Road and Overlook Trail, southwest of the Mount Evans Elk Management Area, according to Evergreen Fire Rescue. It had grown to about 50 acres in size by 9 p.m., Jefferson County Sheriff's Office deputies said.

During a news conference, Evergreen Fire officials said they were concerned about upcoming storms and the winds they could bring with them, as erratic wind behavior could spread the fire even more. Stacee Martin, a spokeswoman with Evergreen Fire Rescue, provided an update on the blaze, which you can watch below.

Alderfer/Three Sisters Park is also closed until further notice due to the wildfire, Jefferson County Open Space said in a tweet.

When the fire was first reported, deputies said in a tweet a CodeRed was sent out to a 5-mile radius, which included 250 homes - and announced the wildfire posed a threat to residents' safety and that they needed to leave the area immediately. Just before 5 p.m., however, the evacuation order had been expanded to include 700 homes.

By 5:30 p.m., that area had further expanded from Upper Bear Creek Road south to Brook Forest Road (not to Buffalo Park Road as stated in the tweet below) east to Highway 73, deputies said in a tweet which showed a map of the areas affected by the evacuation orders:

By 7 p.m., evacuation orders had affected "well over a thousand homes" in the area, according to a spokeswoman with the Jefferson County Sheriff's Office.

Deputies said the best routes out of the area were the West End Upper Bear Creek Road West to King Murphy Elementary School.

Evacuation centers were set up at two locations:

Residents who need help to evacuate should call 911 immediately, officials said. Large animals and livestock can be taken to the Jefferson County Fairgrounds; pets may be taken to the evacuation center or the Foothills Animal Shelter in Golden.

AIRTRACKER7 flew over the wildfire earlier for more than an hour as firefighters battled the blaze from the ground and the air.

At around 6:51 p.m., Evergreen Fire Rescue said it was pulling firefighters off the line temporarily due to lightning in the area.

More than 100 personnel from several agencies around the metro were helping put out the wildfire, deputies said in a tweet, and encouraged residents to sign up for CodeRed alerts through their website.

By about 9:30 p.m., an active hotshot crew remained in the area fighting the blaze and were waiting for another to come in. The hotshots will assess whether or not its safe to go back up there. If it is, firefighters will go back up and continue fighting the wildfire until about midnight or 1 a.m., according to a fire official at the scene, who said they would then pull firefighters off the line to come up with Tuesday's plan toward containment, which remains at 0%.

The sheriff's office said it does not expect evacuation orders to be lifted overnight.