Voluntary evacuations lifted on SE side of fire 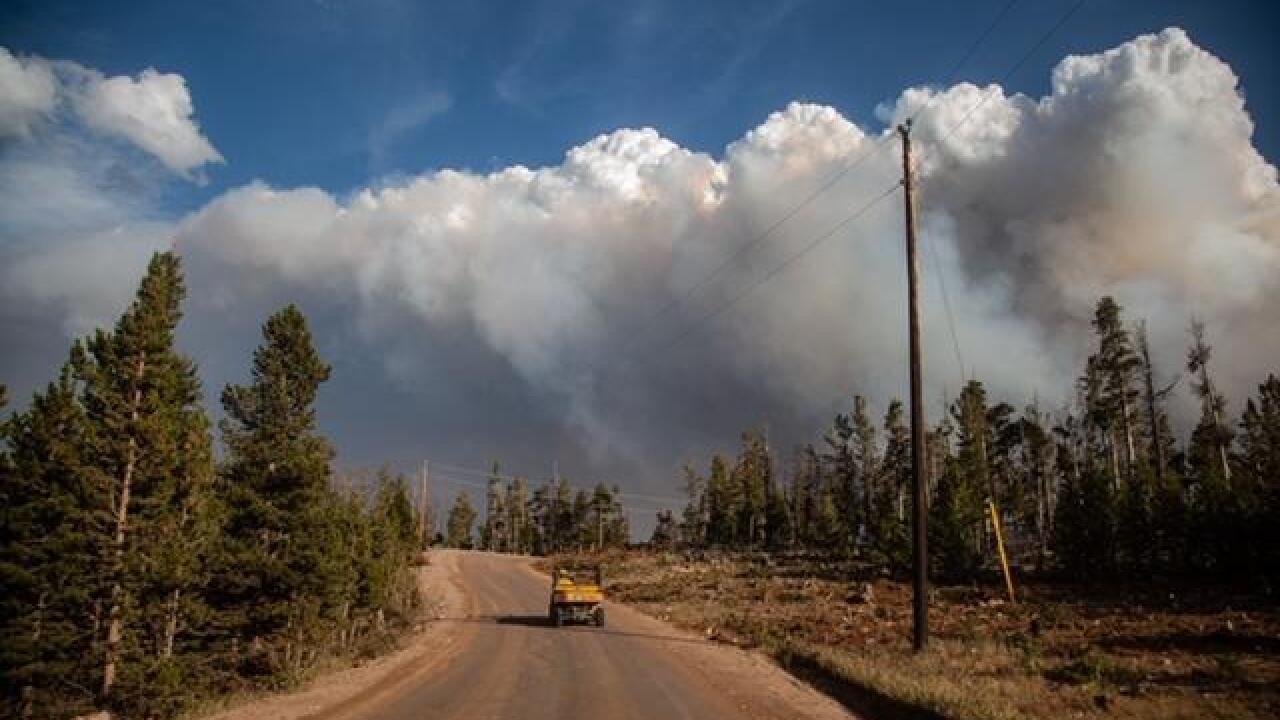 DENVER – Firefighters continue to work day and night on the Cameron Peak Fire in western Larimer County and officials lifted some voluntary evacuations on the southeastern side of the fire.

The fire was 104,530 acres in size as of Tuesday morning and 15% contained after growing just under 400 acres on Monday.

On Tuesday morning, the Larimer County Sheriff’s Office lifted voluntary evacuation orders for the Glen Haven, Glen Haven Retreat, Storm Mountain and County Road 43 areas on the southeastern side of the fire.

Fire managers said the temperatures in the upper 60s and possible outflow winds from storms this afternoon could increase fire behavior Tuesday afternoon. There is a small chance of rain over the area of the fire.

The area of the fire west of Manhattan Road is expected to stay the most active again Tuesday after the fire burned into “more favorable terrain” on Monday, officials said.

Large air tankers and other aerial resources have been dropping retardant on various flanks of the fire to help heavy equipment and hand crews as they construct lines. Work Monday was done near the 517 Road.

Dozers and other heavy equipment crews have been working at night, when there is more moderate fire behavior because of cooler temperatures and less wind.

“The strategy is to pinch off the head of the fire with direct lines on the flanks,” fire managers wrote in Tuesday’s update.

Aerial drops and the digging of lines will continue on the flanks on Tuesday toward the head of the fire. Structure protection crews will be in the Crystal Lakes and Red Feather Lakes areas again should they be needed, and mop-up and patrol crews will be working other parts of the fire.

Smoke from the fire is expected to drift across northeastern Colorado through the day, according to the National Weather Service.

There were 839 personnel working the fire as of Tuesday morning. Officials are still investigating its cause.