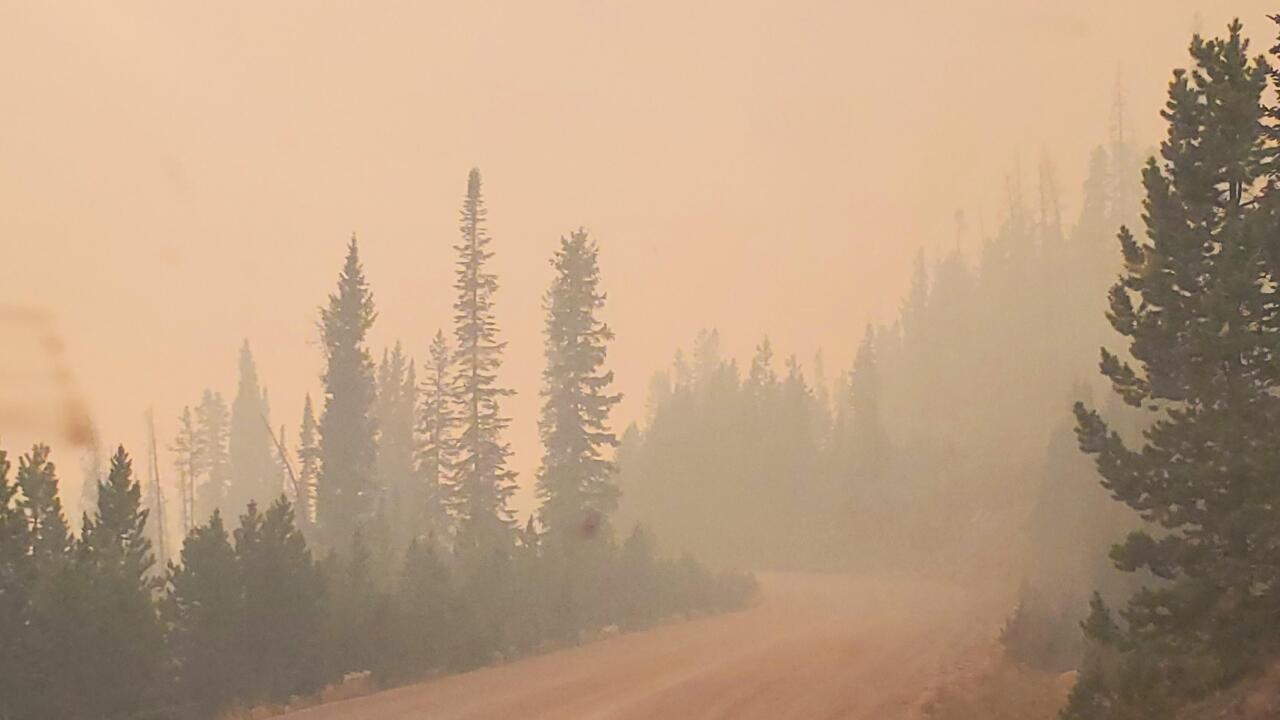 CENTENNIAL, Wyo. — Fire crews continue to make progress on the Mullen Fire burning in southern Wyoming and northern Colorado with the help of cooler weather and recent rain and snow.

The Mullen Fire is now 69% contained and was 176,854 acres as of Monday morning. It's grown by 1,290 acres in the last week after snowfall helped slow the spread. The fire has primarily impacted Wyoming, with 156,811 acres burned and 20,029 acres in Colorado.

In the last video update, John Wallace, operations section chief for Southern Area Blue Team, said they're containment is increasing dramatically and they expect containment to continue growing with more precipitation anticipated Monday. They're still keeping a close eye on smokes on the interior of the fire, but none that pose a risk to containment.

Fire officials are expecting a cloudy day with periods of showers and snow accumulating on the northwest side of the fire and winds from 15 to 25 mph. There's been about .02 to .03 inches of accumulation so far. They expect warmer, drier and breezy conditions in the next few days.

As of Monday, the Albany County Sheriff's Office said there are no areas under mandatory evacuation. The following areas were downgraded to pre-evacuation:

Private landowners and owners of trailers left during evacuations can email 2020.Mullen@firenet.gov. There is a permit process in place for owners of trailers to request access to remove property on the Medicine Bow-Routt National Forests.

The Mullen Fire started Sept. 17 in the Savage Run Wilderness 38 miles west of Laramie, Wyoming. The cause remains under investigation. A total of 66 structures have been damaged.