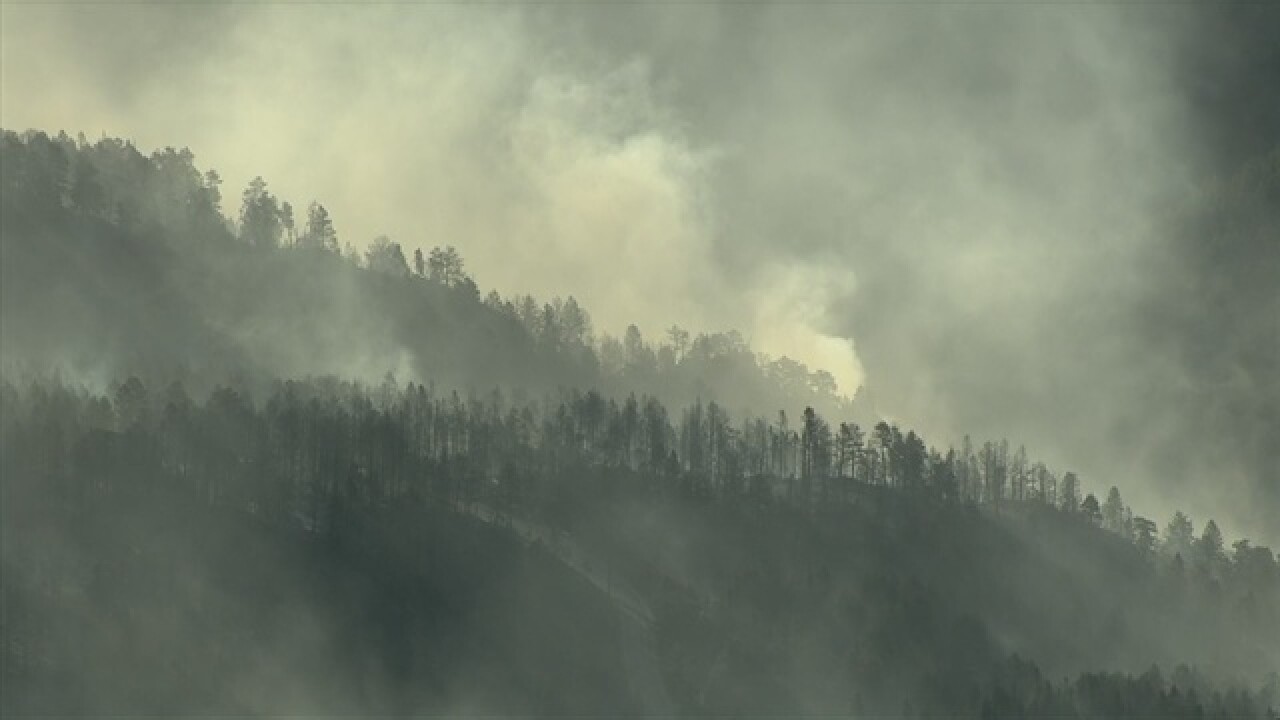 BOULDER COUNTY -- Some residents evacuated by the Cold Springs Fire near Nederland were allowed to move back home on Wednesday, while others were allowed quick visits.

Mandatory evacuations remain in effect for residents who live in the Bonanza Mountain Estates.

The shelter at Nederland High School remains open. However, the shelter at the East Boulder Recreation Center has been closed.

Boulder Canyon is expected to reopen tonight at 8 p.m.

Several other roads are expected to open Wednesday afternoon.

Get the latest road closures here.

Residents and homeowners in the evacuation area were allowed into the fire perimeter with an escort Wednesday. That ended at 11 a.m. Wednesday.

The fire has burned about 528 acres, eight homes and seven outbuildings.

More than 480 personnel assigned to the fire. There are 30 engines and nine crews working on the fire.

A fire relief fund has been set up through Foothills United Way to financially assist those families impacted by blaze.

Those wanting to make a donation can visit the Cold Springs Fire Fund website. The funds will be distributed by the Boulder County Department of Housing and Human Services through case managers working with fire-impacted residents to determine need.

Two out-of-state campers have been arrested for igniting the fire, the Boulder County Sheriff's Office said.

The blaze started at a campsite near the Peak to Peak Highway and Cold Springs Road, officials said.

Elizabeth Burdeshaw, 20, who was camping with the men, will not face charges, as she did not have any involvement in creating, maintaining, or extinguishing the campfire, officials said.

Officials said volunteers and in-kind donations are not needed at this time. To volunteer when help is needed, Help Colorado Now's website has a form to sign up for an e-newsletter with updates on volunteer needs.

"Those seeking to volunteer should not show up at the evacuation centers and shelters or go to the scene of the disaster," the Office of Emergency Management said. "The arrival of unexpected volunteers will interfere with response efforts."