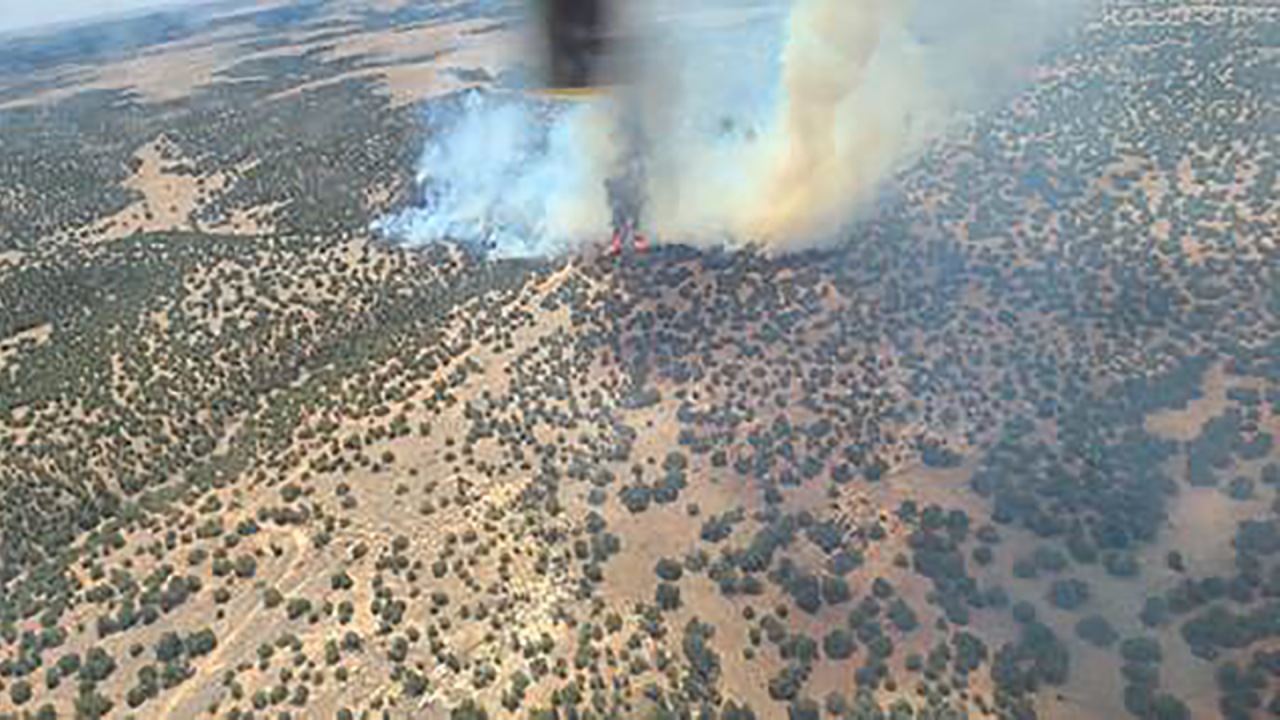 Colorado Division of Fire Prevention and Control officials said Sunday that the fire grew only moderately Saturday despite steady winds, though it spread east toward CR 195.8 with higher late-afternoon winds. The fire was just under 10,000 acres in size as of Friday evening

The DFPC said that firefighters would continue to work that area over the next few days and that the southern portion of the fire had not advanced since Wednesday.

Crews’ goal is still to keep the fire north of Highway 160, East of County Road 179 and west of State Highway 109.

The division said they are monitoring varying winds, higher temperatures and low relative humidities Sunday and Monday to see how the fire might behave. Rain and possible storms in the area Sunday afternoon could benefit firefighters.

The 466 Fire, burning about 15 miles northeast of the Cherry Canyon Fire, grew to 120 acres with 0% containment Saturday, but the DFPC said crews were “optimistic” the fire would stop growing and could be mopped up starting Sunday.

There is an air quality health advisory in eastern Las Animas County because of the two fires.