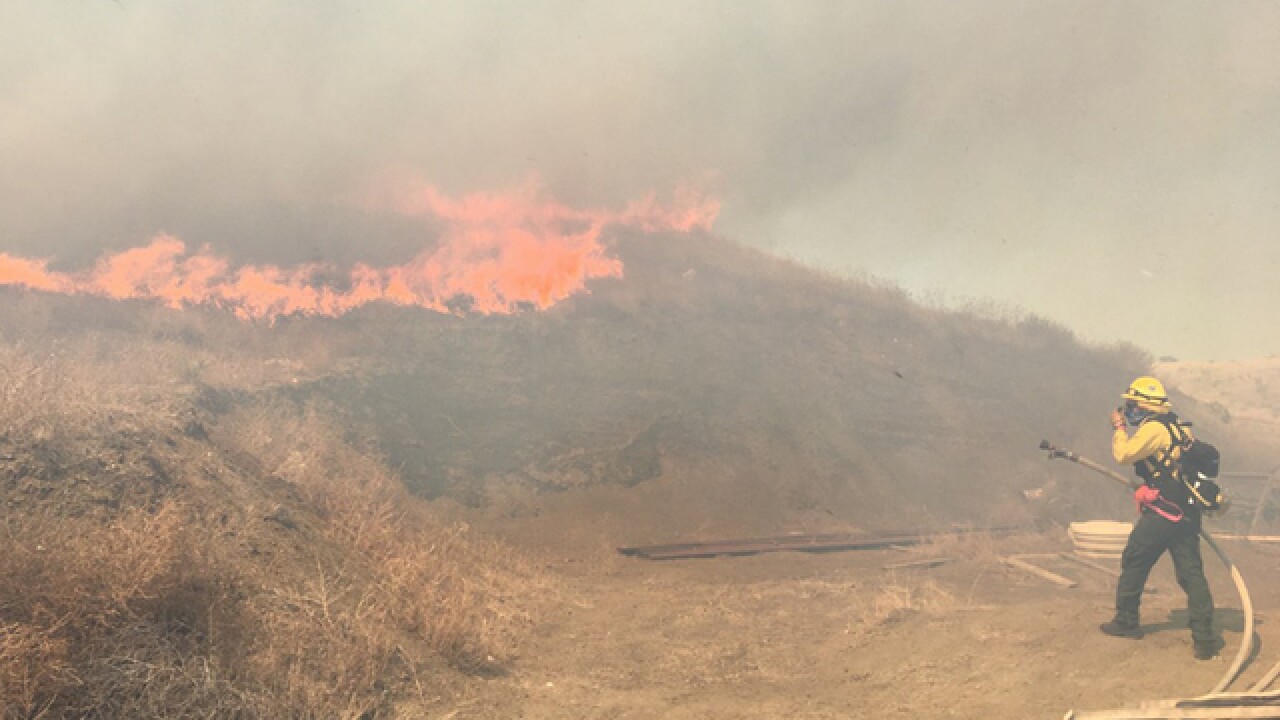 Residents who were able to return to their homes were asked to show government-issued IDs in order to enter the area.

Entry checkpoints for residents were located at exit 122 and Midway Ranch Road, and exit 119 at the intersection of Rancho Colorado Blvd. and Boca Raton Road.

Red Cross volunteers were at those entry points to provide clean-up supplies. More items would be available Sunday at Fire Station 3, located at 7930 Indian Village Heights in Fountain, officials said.

The Red Cross evacuation center at Fountain Valley Baptist Church, located at 500 W. Alabama Ave. in Fountain, is still available for evacuees who are in need of food and a warm, safe place to stay until they can return home.

The Carson Midway Fire was 80 percent contained as of 5:30 p.m. Saturday, according to the latest estimates from Fort Carson officials.

Approximately 60 firefighters from Fort Carson, El Paso and Pueblo counties are continuing to battle the blaze from the air and ground. The fire has burned about 3,300 acres.