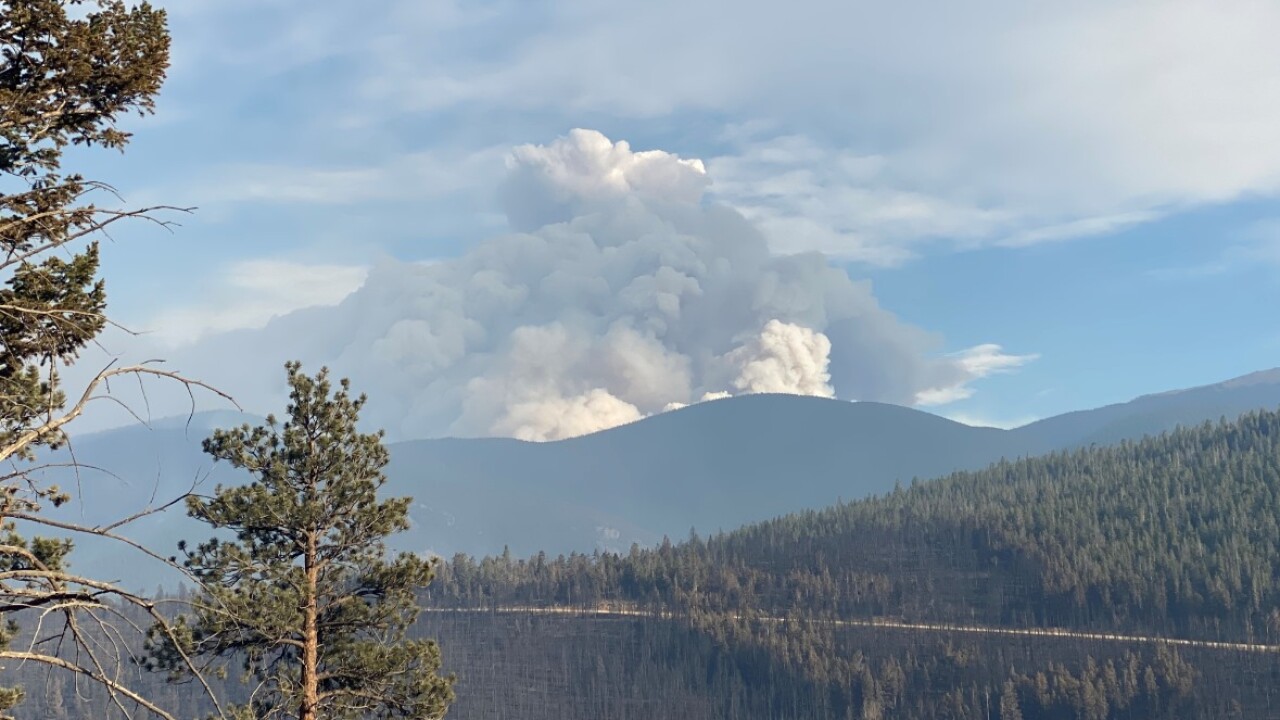 UPDATE (Thursday, Oct. 22 3:55 p.m.): Conditions have changed quickly on Thursday afternoon at several of the fires and led to a slew of new evacuations. Click here for live updates Thursday afternoon and evening on all of Colorado’s major wildfires.

LARIMER COUNTY, Colo. — The largest fire in Colorado history, which has been burning for more than two months in Larimer County, is 55% contained, fire officials said Thursday morning.

As of the latest available information, the Cameron Peak Fire is 206,977 acres.

Helicopters were able to slow the fire's progression with water and retardant drops on Wednesday, according to the Rocky Mountain Type 1 Incident Management Team. Meanwhile, crews on the ground continued their work constructing and reinforcing control lines on the fire's southern edge, and setting up protections for structures in The Retreat and Storm Mountain communities.

Air support was grounded over the Cameron Peak Fire in the late afternoon Wednesday because the smoke from the 125,000-acre East Troublesome Fire hovered over the Cameron Peak Fire, causing poor visibility, the incident management team said. Fire officials from both mountains are communicating and working together as needed. The fires' edges are about 11 miles from each other as the crow flies at their closest points.

The northern and western side of the fire remained secure Wednesday.

Crews also made "excellent progress" along the fire's northeast edges and on Buckhorn Road and County Road 27, the incident management team said. Containment lines are nearly complete in this area.

Division T, U and V also were successful in constructing and enforcing fire lines on Wednesday.

Supervisors are scouting out the best ways to construct a direct line in the tough terrain that would help deflect the fire from Storm Mountain.

Fire officials are continuing to staff the fire 24/7.

READ MORE: How to help those affected by Colorado's wildfires

For updates on evacuations and closures, text LCEVAC to 888777.

Near-critical weather conditions will continue Thursday morning ahead of a cold front, which is expected to reach the area by the afternoon. The front will bring in cooler temperatures, wind and increased humidity.

"There are so many partners working together on this fire that any list will inevitably leave someone out," the post reads. "But one critical partner we want to make sure we don’t leave out is you, the public citizens of this area. Your support of our firefighting efforts makes a world of difference to us. Your understanding of being out of your homes, your tolerance of the smoke and firefighter traffic, your words of encouragement and support, and your monetary support of local fire departments and charitable organizations makes us all feel like we’re a part of your communities and one big collective family. Thank you all. We will beat this fire — together."

The cause of the Cameron Peak Fire remains under investigation. It sparked on Aug. 13. It is the first wildfire in Colorado history to grow beyond 200,000 acres.