Cameron Peak Fire is now one of the largest wildfires in Colorado history, at 96K+ acres 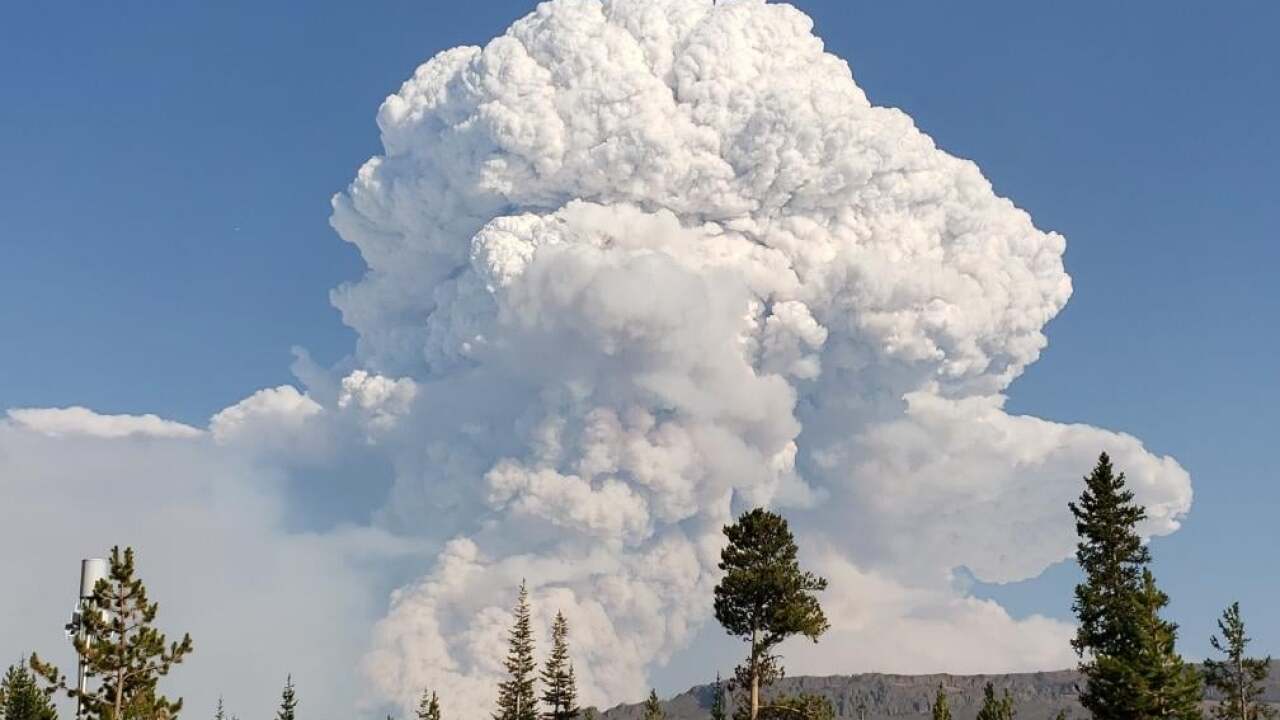 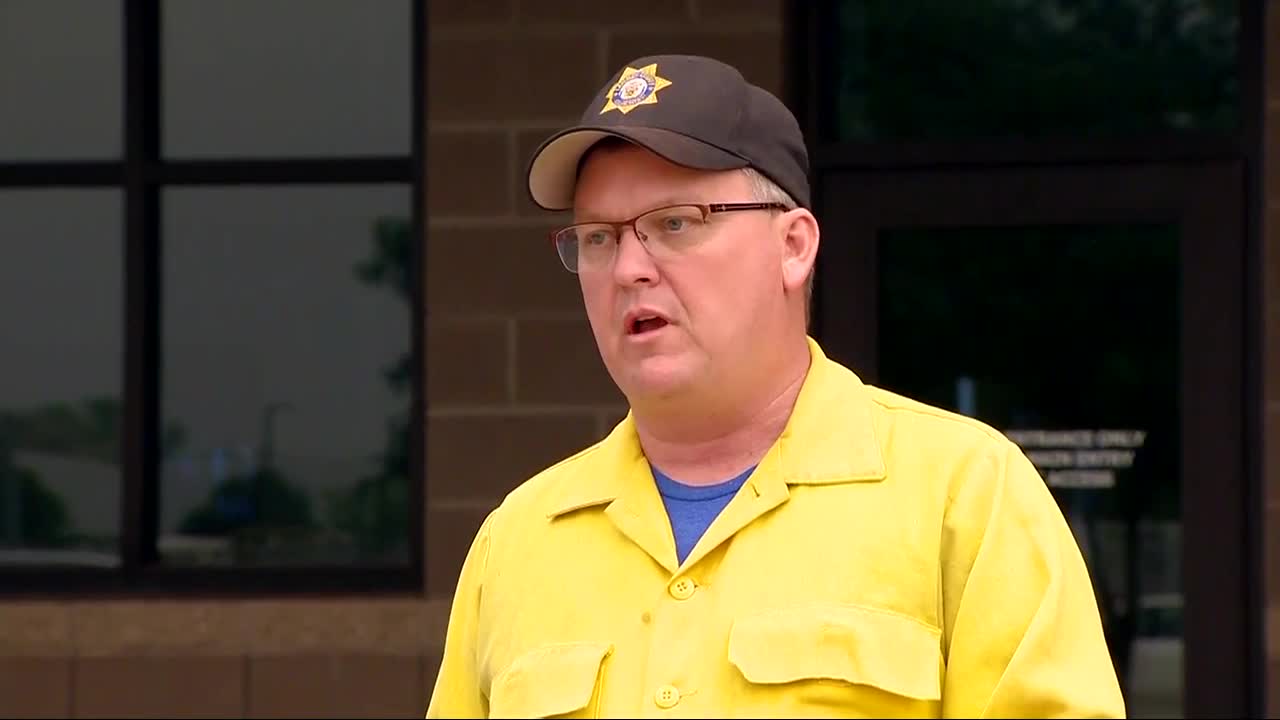 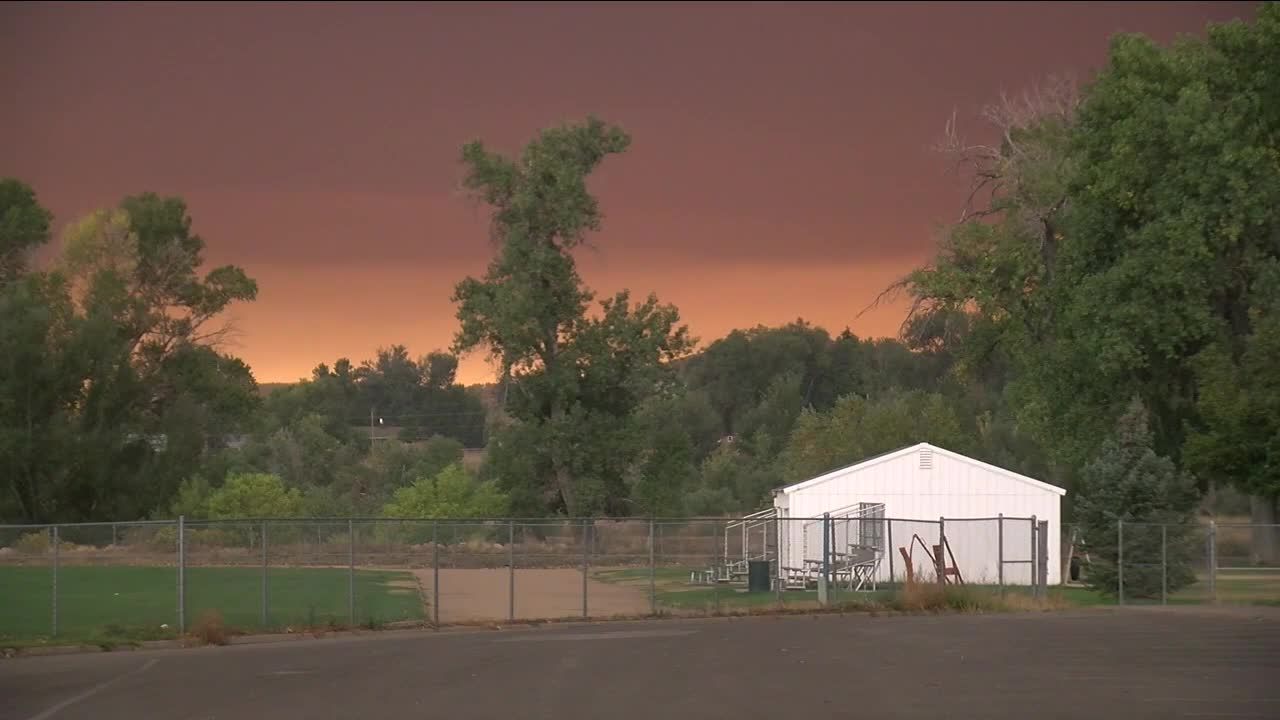 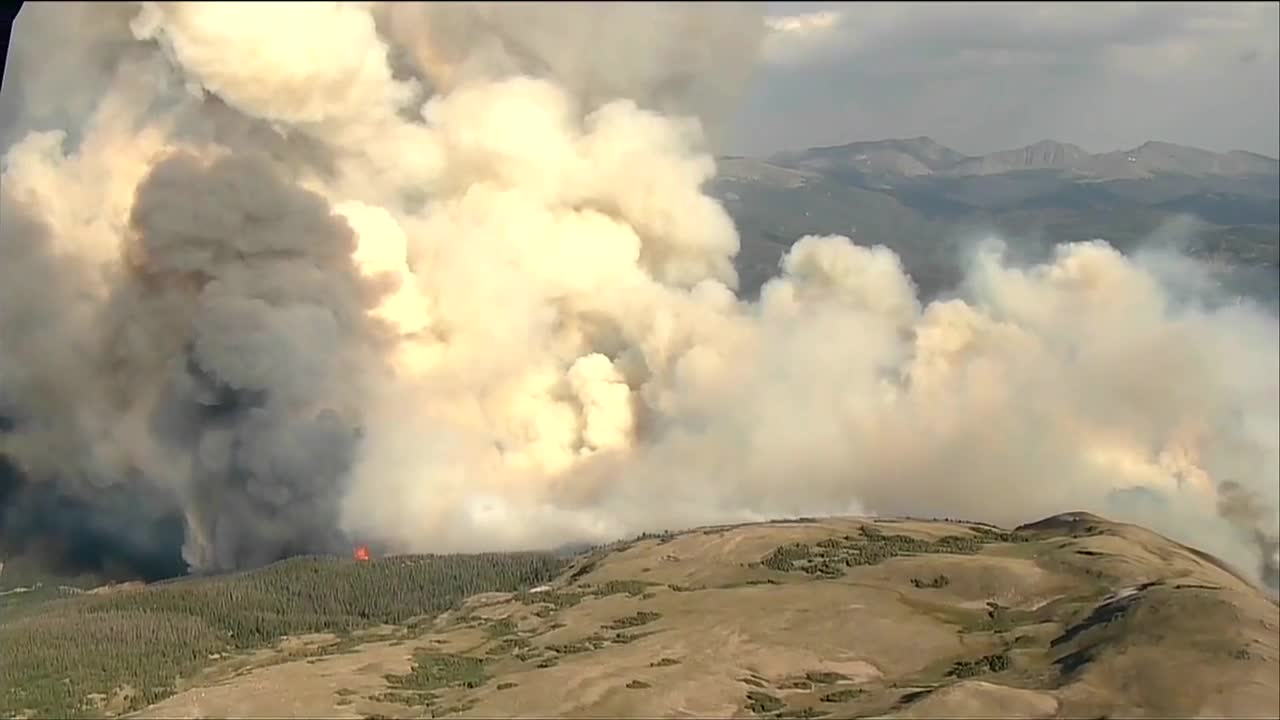 UPDATE (10:45 a.m., Tuesday, Sept. 8): The Cameron Peak Fire received an inch of snow overnight and is expected to see less activity Tuesday after it grew more than 40,000 acres on Monday ahead of the cold front.

Larimer County Sheriff Justin Smith said Tuesday morning in a Facebook post that crews were working to see if they could get damage assessment teams into areas where properties might have been damaged in the fire on Tuesday.

“We hope to get assessments from the Poudre Canyon, from Rustic west, quicker than Monument Gulch,” Smith wrote. “I do want to be careful that we don’t get ahead of ourselves in the Poudre Canyon and release inaccurate information.”

LARIMER COUNTY, Colo. — More mandatory and voluntary evacuation notices were issued Monday morning and afternoon from community close to the Cameron Peak Fire as it spread quickly again through the day ahead of a much-anticipated cold front set to arrive Monday night.

The fire was more than 59,000 acres in size and 4% contained as of Monday morning, but fire officials and Larimer County officials said at a 3 p.m. news conference they believe it had grown even further throughout the day.

Deputy Incident Commander Chuck Russell said the fire had run about 10 miles over the past three days.

By Tuesday afternoon, the fire had crossed Pingree Park Road again and was burning in the Highway 14 corridor up the road toward Buckhorn.

Fire managers had asked the state for 50 engines from across Colorado to respond for defensive structure protection on Tuesday, as the fire burned quickly and is expected to increase in activity when the cold front and its gusty winds hits Monday night until precipitation starts to fall and cool down the fire in sports.

Twenty-five engines had already responded by 3 p.m. and were being sent out for structure protection efforts as needs arise, Russell said.

A task force made up of firefighters from South Metro, @FranktownFire and @SableAlturaFire is deploying to the #CameronPeakFire today. At this point, their assignment could last for 24-48 hours. pic.twitter.com/XuPb69iuL4

“I’d say overall, we’re holding our own right now,” Russell. “We’re definitely in a defensive posture, waiting and hoping we get the weather coming in sooner than later.”

Voluntary evacuation orders were sent to people living on CR 27 south of Big Bear Road to Masonville and north into the Buckskin Heights area.

Click here to open the evacuation map on a new page.

Larimer County Sheriff’s Office spokesperson David Moore said that 7,657 contacts – meaning site-specific requests for emergency notices – had been sent mandatory evacuation notices for the fire, though one person or household could constitute more than one contact.

Larimer County Sheriff Justin Smith said at the news conference he had just come back down from communities near the fire in the Rustic and Poudre City areas that were preparing for structure protection and called the moments “surreal.”

He said that there were “definitely a lot of structures” under various types of threats – between imminent, immediate, and some that were not as severely threatened.

He said he was fearful that some structures would be lost in the time that it took him to come down from the fire to the news conference but that he had not heard that had been the case yet. He said crews were working hard to safely evacuate people and were waiting tensely with every passing hour for the cooler weather to arrive. He said some of the evacuation orders would hopefully be precautionary.

“We’re not going to get anybody killed,” Smith said. “…This fire has been full of more surprises than we’ve ever seen.”

Smith grew emotional when he talked about what residents in that area have gone through over the past decade plus – from massive wildfires to once-in-a-lifetime flooding and now more wildfire evacuation notices.

“This fire is very personal for everybody up there. They’ve been through a lot … and we’re not out of the woods by any means.”

Fire managers said they were “extremely pleased” at where the fire sat as of 3:30 p.m. but acknowledged the “day’s not over” and that they were waiting for the snow to come – which they said would not stop the fire, but at least give firefighters “a break.”

But smoke blanketed the immediate area Monday afternoon, and ash from the fire was falling again as far as Denver.

Melanie Mahoney was among those who received the evacuation notices for Glacier View, where she has lived for 35 years. She commended the Red Cross workers set up at the evacuation center and said all she could do now was try to remain positive.

“It does no good to be in a horrible mood. We can’t do anything about it,” she said. “I haven’t lost my home yet, so I am still hopeful that I will be able to go home to it when this is all over.”

She said she was working to get settled into a motel on Monday.

Multiple roads are closed in the area of the fire, including all National Forest System lands west of the National Forest boundary, east of the Colorado State Forest State Park, south of County Road 80 C, and north of Rocky Mountain Park and Highway 34.

These closures are impacting recreation sites, including campgrounds, trails, trailheads, and Forest Service Roads, as well as boating and fishing sites and picnic sites. Click on the Facebook post below for exact closures.

Rocky Mountain National Park implemented temporary closures Sunday in a remote northern area of the park due to the fire. The closure includes trails and wilderness campsites.

In addition, Trail Ridge Road closed at 3 p.m. Sunday due to the potential of heavy smoke on the road. Old Fall River Road closed late Saturday night. Officials say they do not know when either road will reopen.

A Fire Management Assistance Grant from FEMA was approved for the fire, meaning more funds will be directed to support firefighting efforts.