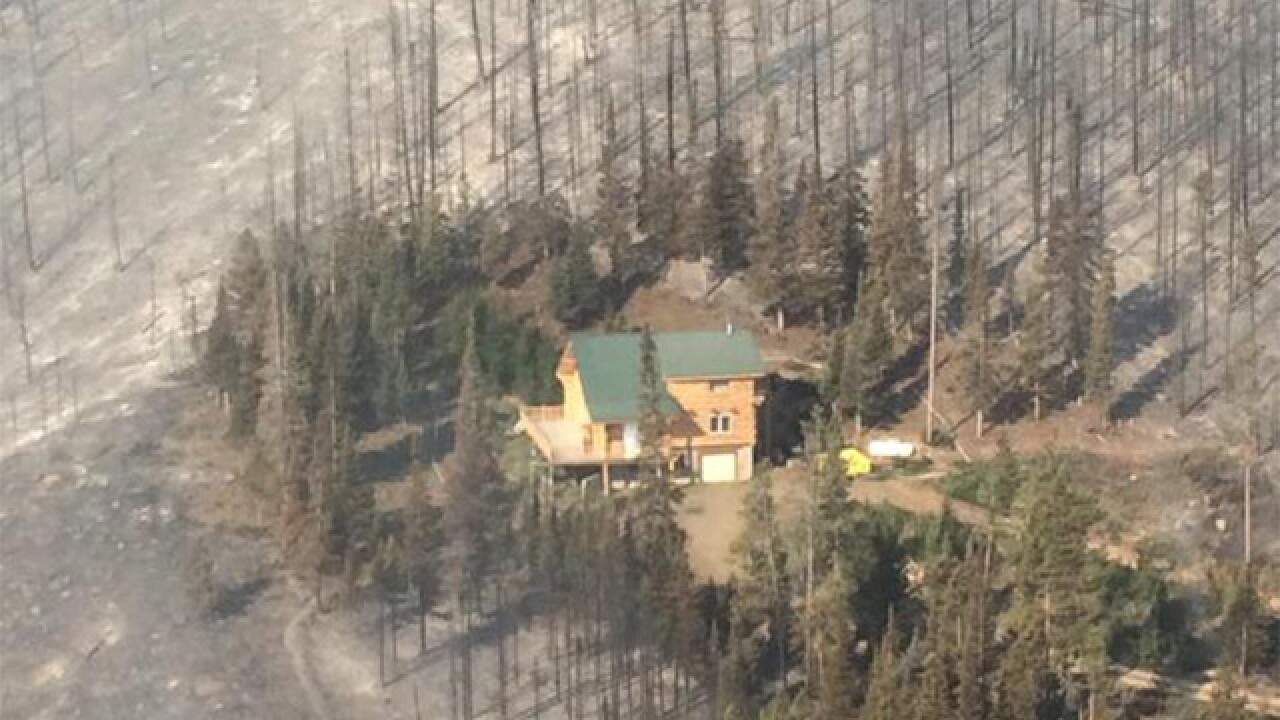 WALDEN, Colo. -- Firefighters are using cooler, more humid weather to get ahead of the Beaver Creek wildfire burning on over 50 square miles along the Colorado-Wyoming border.

Crews were working Friday to identify and protect structures in both states that might be eventually threatened by the Beaver Creek Fire, which started June 19 north of Walden, Colorado.

It's in an area with many beetle-killed trees prone to toppling, so firefighters are only actively fighting the fire in areas beyond those stands.

The cause of the fire is still under investigation. Officials say it started somewhere near the Beaver Creek Campground, but they haven't released any more details.

It's destroyed one cabin, but no one has been injured.