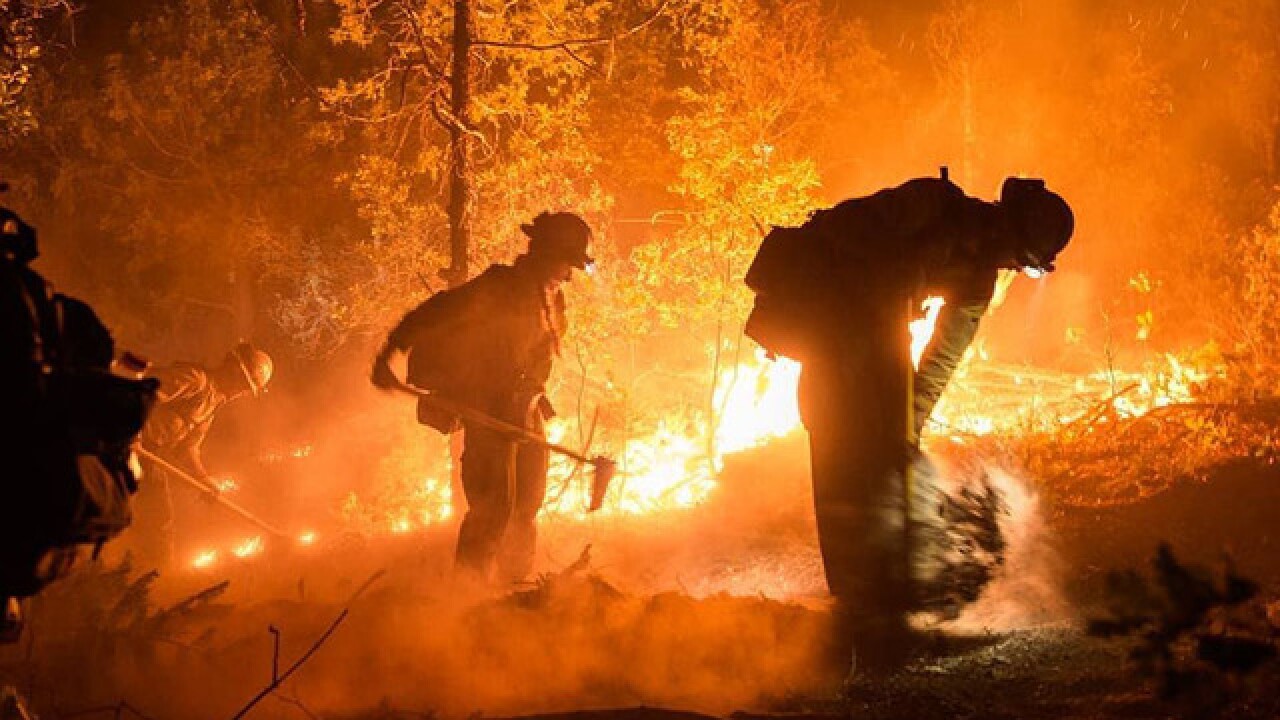 LA PLATA COUNTY, Colo. – Authorities in southwest Colorado said Sunday morning that U.S. Highway 550 would reopen in a limited manner as firefighters continue to battle the 416 Fire, which grew to 2,250 acres in size overnight.

Traffic through U.S. Highway 550 north will be restricted to one lane and will reopen from 10:30 a.m. to 6 p.m. Sunday, with law enforcement escorting vehicles through the closed area from mile markers 35.5 to 43.5. Colorado Department of Transportation (CDOT) officials stressed this access is for through traffic only; no vehicle access will be allowed to evacuated subdivisions and homes.

However, officials warned that if fire activity increases in the area, the highway could close again at any time.

Moderate fire behavior was expected Sunday with the possibility of a storm that could produce rain, dry lightning and gusty winds, an official with the U.S. Forest Service – San Juan National Forest division said.

Authorities said firefighters would focus on attacking the fire along the U.S. Highway 550 corridor and on the southern end of the fire throughout the day Sunday.

The wildfire, which was first reported at around 10 a.m. Friday on the west side of U.S Highway 550 about ten miles north of Durango, remains at 10 percent containment. Firefighters don't expect to have the fire fully contained until the end of June.

GALLERY: See photos from the 416 Fire in La Plata County

Area residents who want to sign up for emergency notifications and evacuation notices can do so by clicking here.

Evacuees are asked to check in either at Escalante Middle School or at Silverton Visitor Center, located at 414 Greene St., in Silverton, to receive resident credentials. They will be necessary for those wanting to go back to their homes once the fire has been contained.

Livestock can be evacuated to the La Plata County Fairgrounds at 2500 Main Avenue, officials said Friday. An emergency call center at (970) 385-8700 can help coordinate livestock pick-up. Small animals were also accepted at the La Plata County Humane Society, 1111 South Camino del Rio in Durango. You are asked to call is (970) 259-2847 for more information.

The U.S. Postal Service in Colorado said Saturday the 416 Fire has affected approximately 540 deliveries near Durango. The USPS asks residents that they bring their ID to the post office as mail is being held there for the time being.

The Discover Goodwill of Durango, at 1230 Escalante Drive, is now accepting clothes and household donations for those affected by the 416 Fire.

Financial donations can be made by calling the Community Foundation serving Southwest Colorado at (970) 375-5807, in the name of the Community Emergency Relief Fund.

A state of local emergency was declared Friday night by the La Plata County Manager due to the 416 Fire.

All of La Plata County is experiencing “exceptional drought” – the most severe category handed out by the U.S. Drought Monitor and is eligible for federal assistance because of the classification.