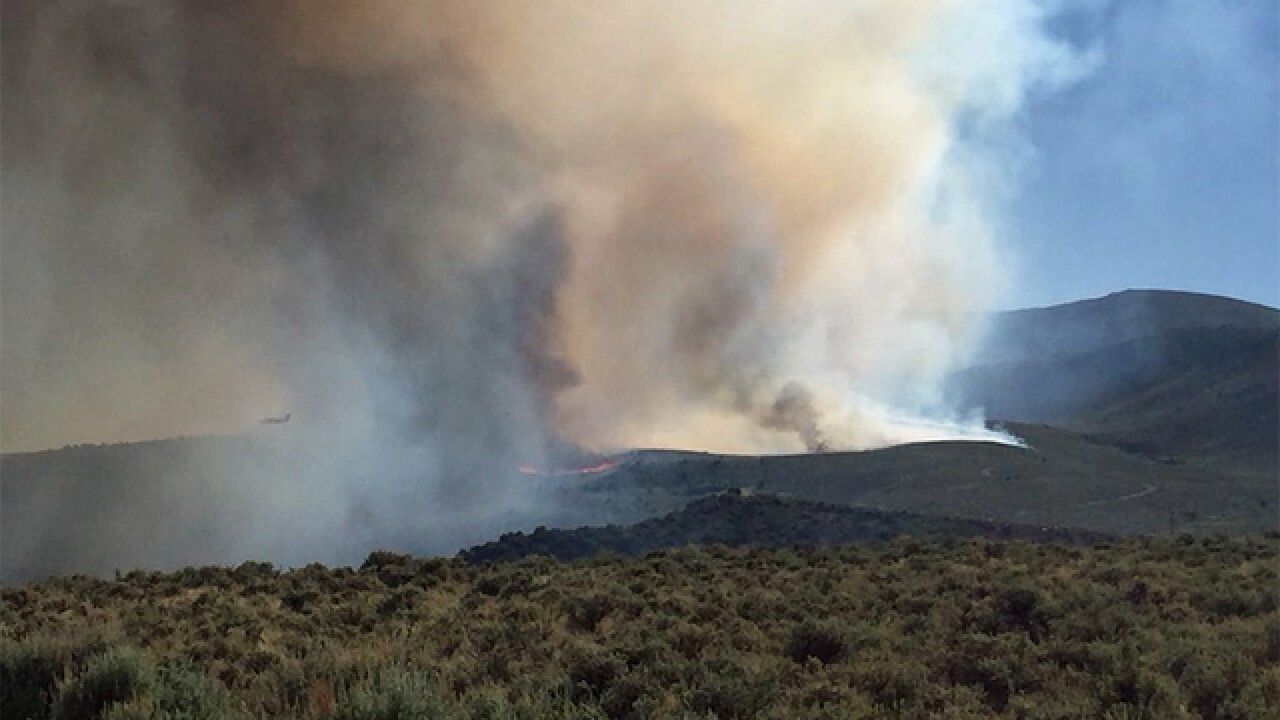 EAGLE COUNTY, Colo. – Authorities in Eagle County are asking for the public’s help to identify three men who were in the area at the time the Bocco Fire ignited north of Wolcott Saturday afternoon.

The men were said to be white, with long hair and were reported to be driving a red and white truck. A white sedan was also seen speeding away from the area at about the same time the wildfire started, a spokesperson with the Eagle County Sheriff’s Office said Sunday morning.

One of the men was described as wearing an orange shirt.

Wildfire grows rapidly over the weekend, evacuations in place

The Bocco Fire, which remains at 415 acres in size, grew exponentially Saturday into Sunday.

Highway 131 is open Sunday after it was initially closed Saturday afternoon when reports of the fire started to come in but that could change by the afternoon, the Eagle County Sheriff’s Office spokesperson said Sunday.

Late Sunday morning, a mandatory evacuation order was put in place for all of the Alkali Creek neighborhood.

Eagle County officials said 37 structures are threatened to the north of the fire including homes, outbuildings, and ranch infrastructure.

The Bocco Fire was first reported at about 3 p.m. Saturday three miles northwest of Wolcott near House Mountain Road.

There have been no reported losses or damages to structures due to the blaze. The fire is burning on federal land belonging to the Bureau of Land Management.