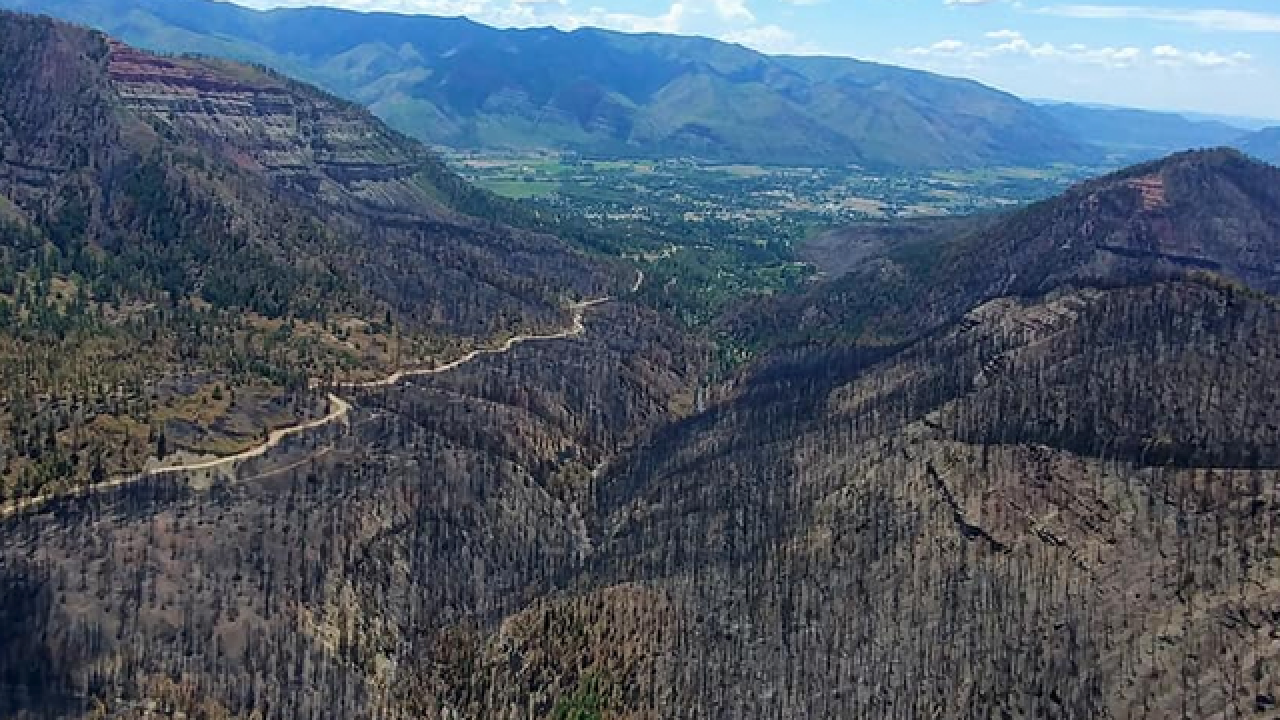 DURANGO, Colo. (AP) — Colorado officials say two of the state's largest trees were burned during a wildfire north of Durango this summer.

Gretchen Fitzgerald, a forester for the U.S. Forest Service, said Tuesday that the agency did a flyover of the burn scar to see if any record-setting trees in the Hermosa Creek drainage survived the flames.

The Durango Herald reports tall trees thrive in the Hermosa Creek drainage, located about 20 miles (32 kilometers) north of Durango, because of the area's fertile soil, moist air and protection from severe weather patterns.

The flyover revealed that two of the five tallest trees in the area, known as "champion trees" were burned in the fire.

The three other trees — a ponderosa pine, a southwestern white pine and a spruce tree — were spared from the flames.