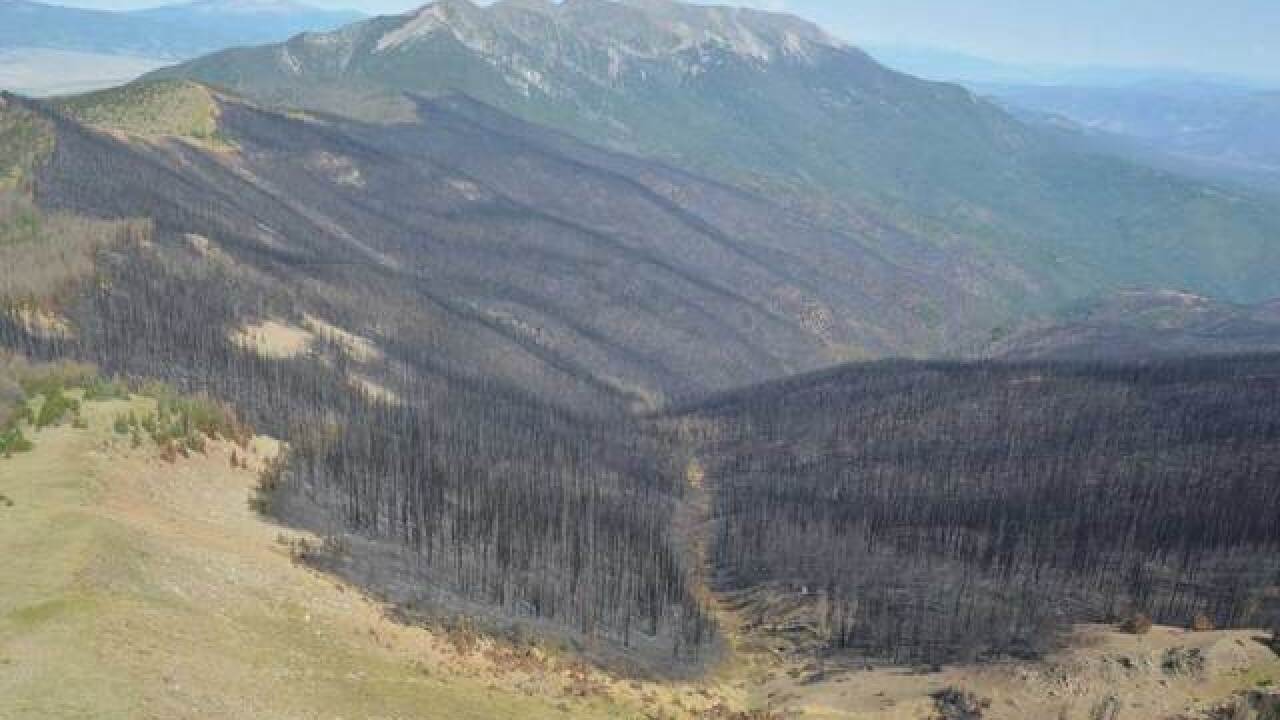 There are still two major wildfires burning in Colorado.

The Hayden Pass Fire is burning near Coaldale, about 20 miles southeast of Salida. The fire has burned 16,559 acres since it started July 8.

The fire is 58 percent contained. There are 140 fire personnel on the fire.

The Forest Service said fire crews are continuing to mop up hot spots and monitoring fire progression in the Sangre de Cristo Wilderness.

More aerial footage of the #HaydenPassFire looking across the Sangres. #FireHasARole on this landscape. pic.twitter.com/K1MUbLG1fr

Officials said the fire is having limited impact to traffic on Highway 50.

A public meeting has been scheduled for Thursday, July 28 at 7:30 p.m. at the Cotopaxi School. Officials said they will give a status update on the fire and explain the long range plan for managing the fire in the wilderness.

The Beaver Creek Fire is burning north of Walden and into Wyoming. The fire has burned 26,067 acres and is 12 percent contained.

There are 291 fire personnel working this week to steer fire around Parsons Draw to the south and suppress spot fires where safe and feasible, officials said.

"The fire is burning in heavy beetle killed timber," the Forest Service said. "The infested trees are subject to blowing over with large amounts of down timber, making the forest unsafe for firefighters. For the safety of firefighters, the IMT is allowing the natural process of the fire to occur while focusing their resources on the values at risk."

While the Lava Mountain Fire is burning near Dubois, Wyoming, crews from Colorado have been sent to help fight that fire.

The Greeley Fire Department has sent firefighters and a type 6 engine. And a team of hot shots from the Pike National Forest has also been sent to the fire.

The Lava Mountain Fire has burned 11,538 acres. There are 749 fire personnel assigned to the fire.