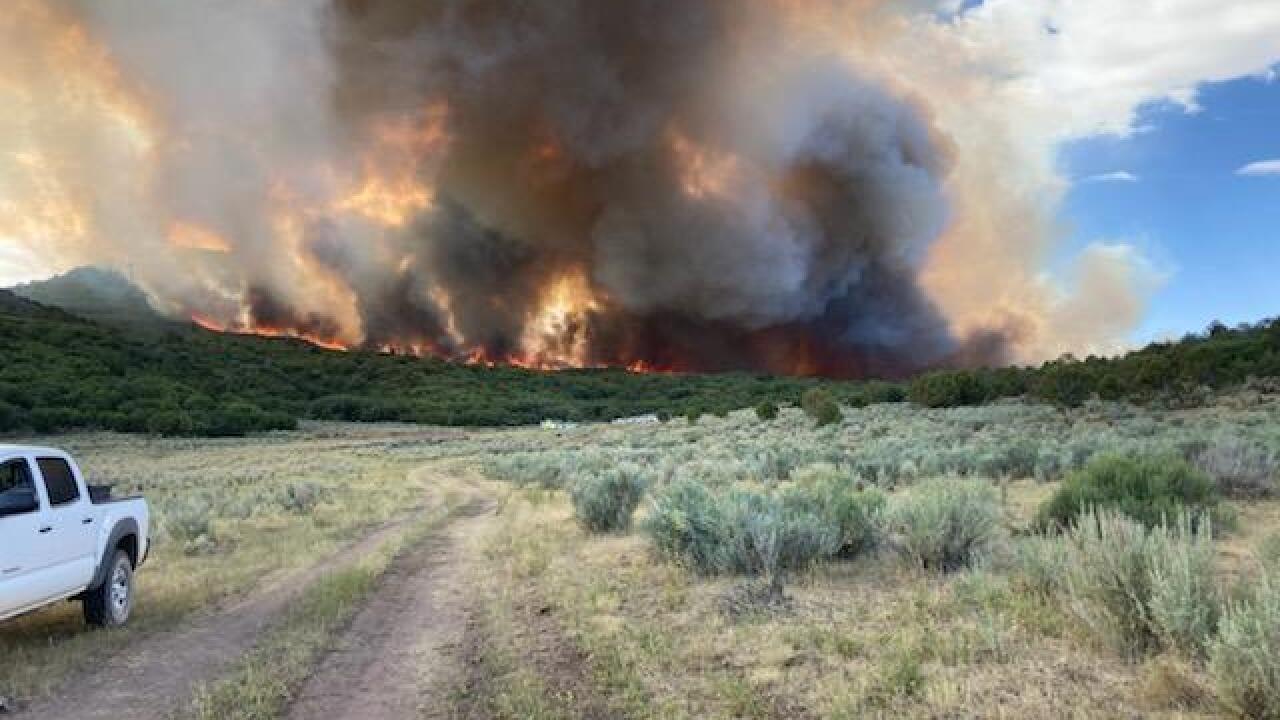 The lightning-sparked fire was burning about 18 miles north of Grand Junction in both Mesa and Garfield counties, according to the Rocky Mountain Incident Management Team. The fire was about 5% contained Tuesday night but officials were unsure what the containment was Wednesday afternoon as the fire had grown so quickly.

The 232 crew members dispatched to the area were unable to fight the fire directly on Wednesday due to the extreme nature of how it was burning and the rocky, steep terrain in the area, officials said. Firefighters instead were prepping nearby roads for the fire to potentially burn out.

The fire was reported Friday around 5:15 p.m., according to the Grand Junction Field Office of the Bureau of Land Management (BLM).

The fire is burning mostly on BLM lands but also some private lands, officials said. Fourteen structures have been affected but no damage has been reported yet.

The fire was mostly burning through juniper and oak trees, as well as sagebrush, officials said.