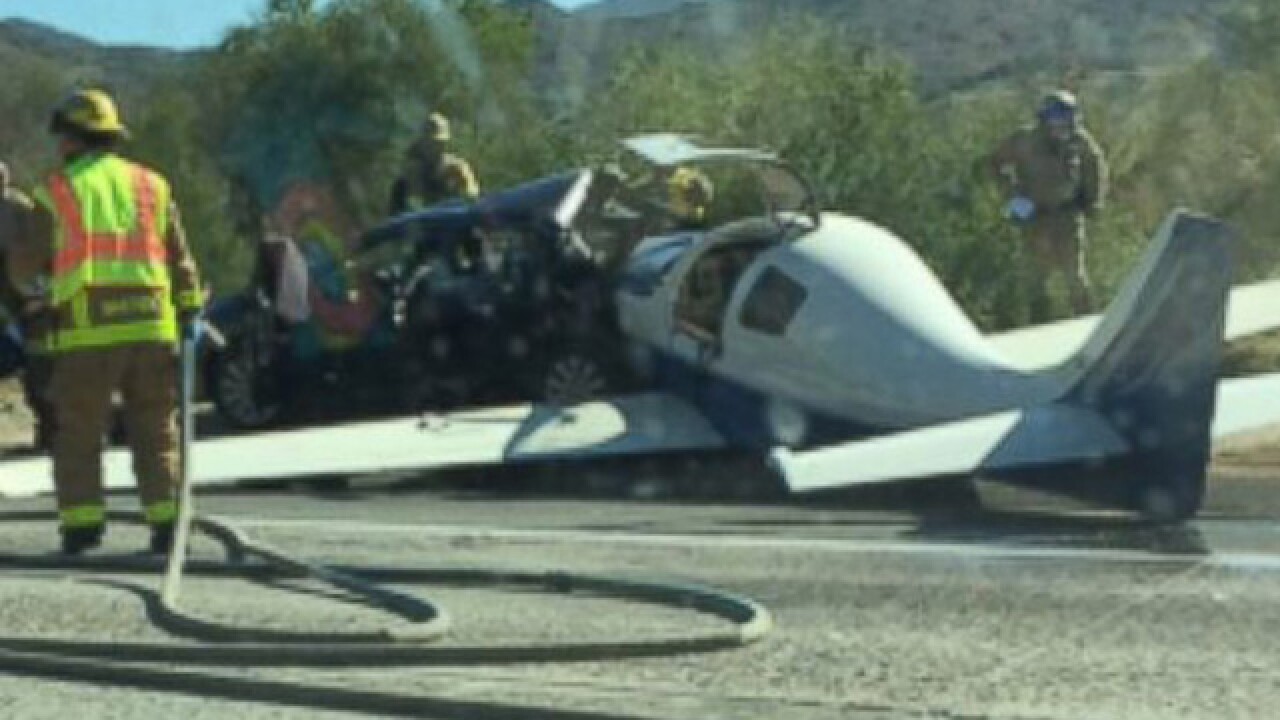 A small plane crashed on a Southern California freeway Saturday and struck a car, killing one person and injuring five others, authorities said.

Witnesses told dispatchers that the plane landed on a vehicle on Interstate 15, about 50 miles north of San Diego. Photos on Twitter showed the nose of the white and blue plane crumpled into the rear of a small black sedan on the shoulder of the freeway.

Just drove by the crash scene. Here's what it looks like.@10News pic.twitter.com/qVaP7Afwa1

One person in the car was killed, and three others from the vehicle were taken to a hospital, California Highway Patrol Officer Tony Polizzi said. Two occupants in the plane also were transported for treatment.

The conditions of the injured were not immediately known.

The crash blocked two lanes and caused backups on the freeway that runs to Las Vegas.