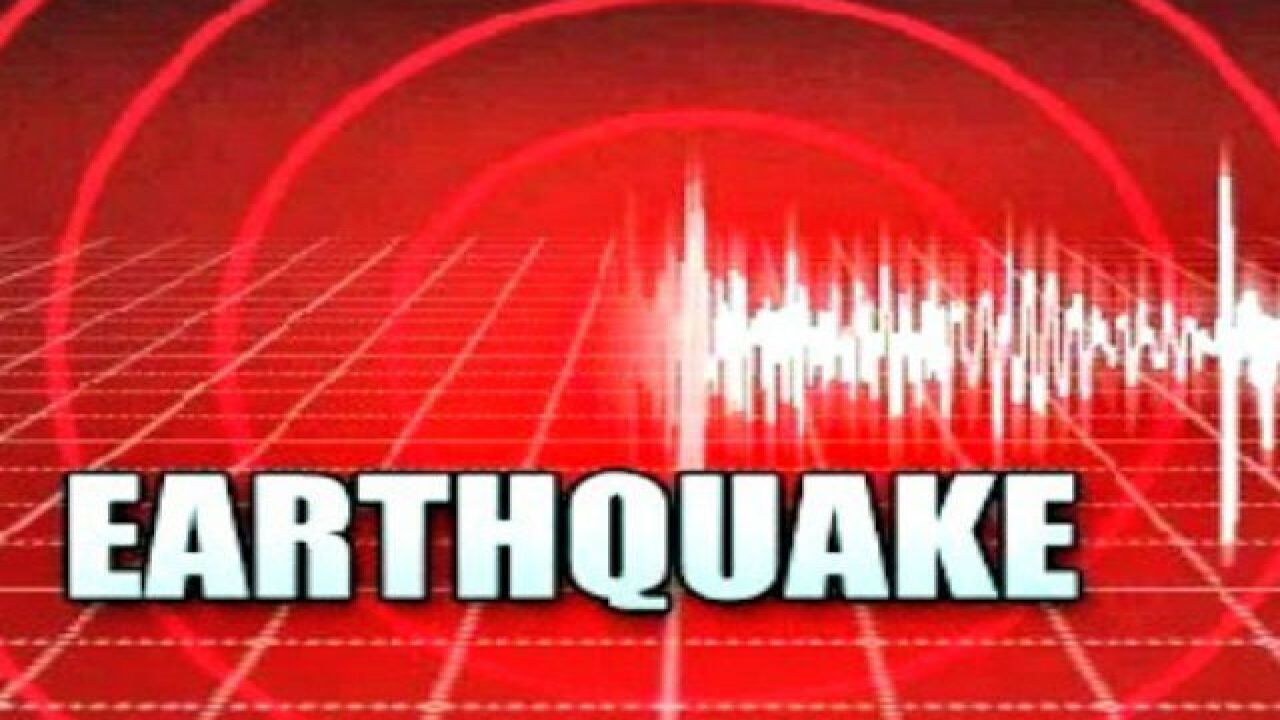 A powerful, 7.8-magnitude earthquake shook Ecuador's central coast on Saturday, killing at least 28 people and spreading panic hundreds of kilometers (miles) away as it collapsed homes and buckled a major overpass.

The U.S. Geological Survey said the shallow quake, the strongest in decades to hit Ecuador, was centered 27 kilometers (16 miles) south-southeast of Muisne, a sparsely populated area of fishing ports that's popular with tourists.

Vice President Jorge Glas said in a televised address that there were initial reports of 28 dead in the cities of Manta, Portoviejo and Guayaquil - all several hundred kilometers (miles) from where the quake struck shortly after nightfall. The death toll is likely to rise as reports from the epicenter come in.

Among those killed was the driver of a car crushed by an overpass that buckled in Guayaquil, the country's most populous city.

On social media residents shared photos of homes collapsed, the roof of a shopping center coming apart and supermarket shelves shaking violently. In Manta, the airport was closed after the control tower collapsed, injuring an air force official. Hydroelectric dams and oil pipelines in the OPEC-member nation were shut down as a precautionary measure.

President Rafael Correa, who is in Rome after attending a Vatican conference, called on Ecuadoreans to show strength while authorities monitor events. He said on Twitter that the earliest he could get back to Ecuador is Sunday afternoon.

The Pacific Tsunami Warning Center said hazardous tsunami waves are possible for some coasts. While the government hadn't issued a tsunami alert, Glas urged residents along the coast to move to higher ground and towns near the epicenter were also being evacuated as a precautionary measure. An emergency had been declared in six provinces, he said.

"It's very important that Ecuadoreans remain calm during this emergency," Glas said.

In the capital, the quake was felt for about 40 seconds and people fled to the streets in fear. Quito is located high in the Andes about 170 kilometers (105 miles) from the quake's epicenter. The quake knocked out electricity and cellphone coverage in several neighborhoods in the capital.

"I'm in a state of panic," said Zoila Villena, one of many Quito residents who congregated in the streets. "My building moved a lot and things fell to the floor. Lots of neighbors were screaming and kids crying."

The USGS originally put the quake at a magnitude of 7.4 then raised it to 7.8. It had a depth of 19 kilometers. Several aftershocks, some as strong as 6 on the Richter scale, continued in the hour after the first quake.

Guayaquil's international airport was also closed because of a lack of communications.

The quake comes on the heels of two deadly earthquakes across the Pacific, in the southernmost of Japan's four main islands. A magnitude-6.5 earthquake struck Thursday near Kumamoto, followed by a magnitude-7.3 earthquake just 28 hours later. The quakes have killed 41 people and injured about 1,500, flattened houses and triggered major landslides.