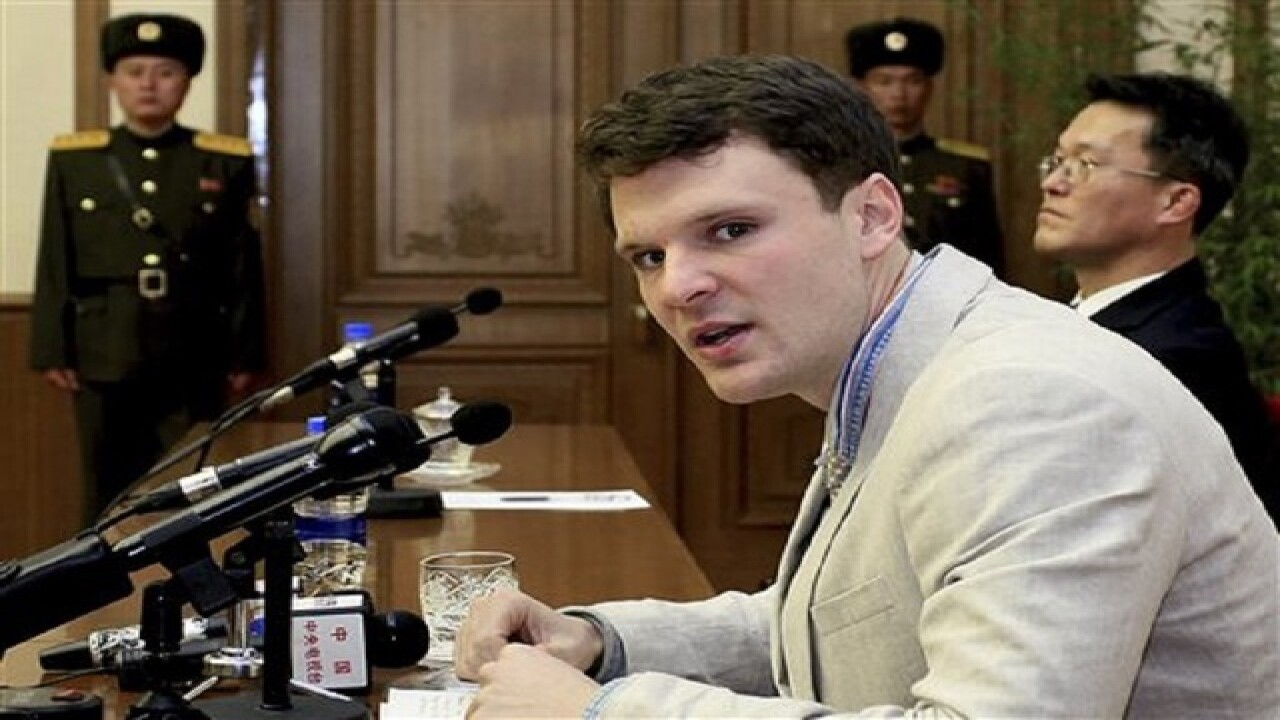 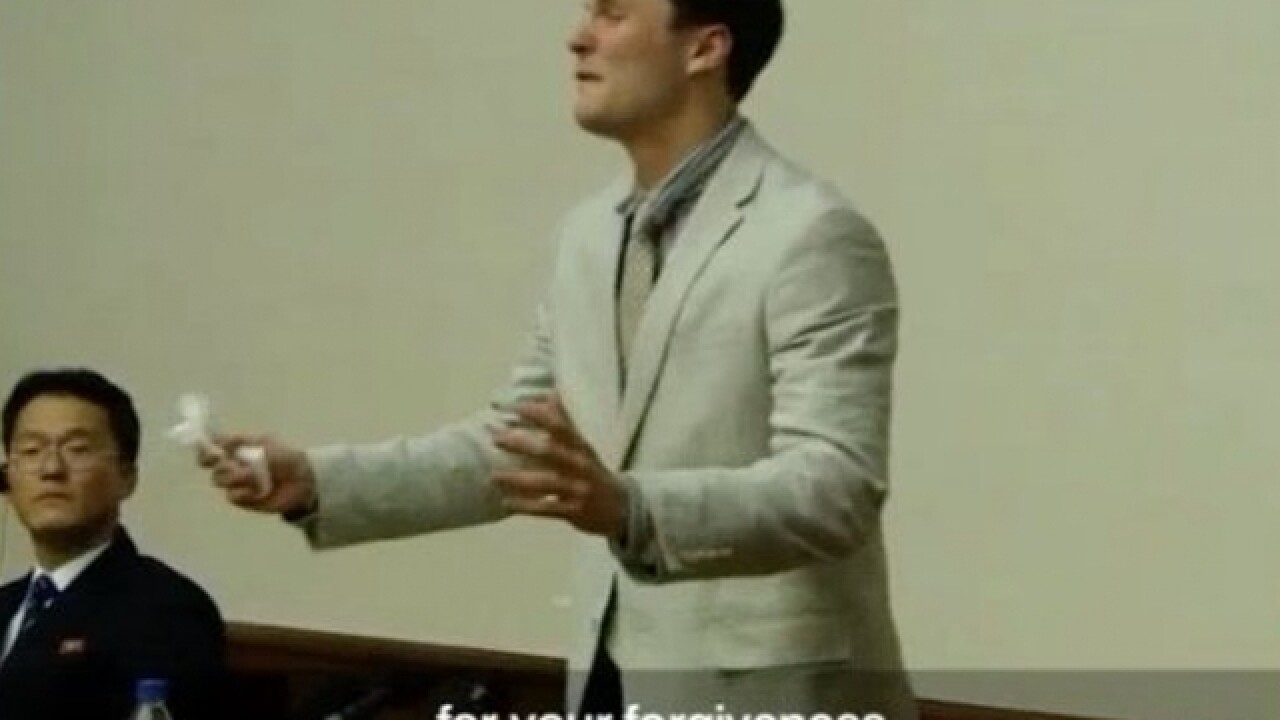 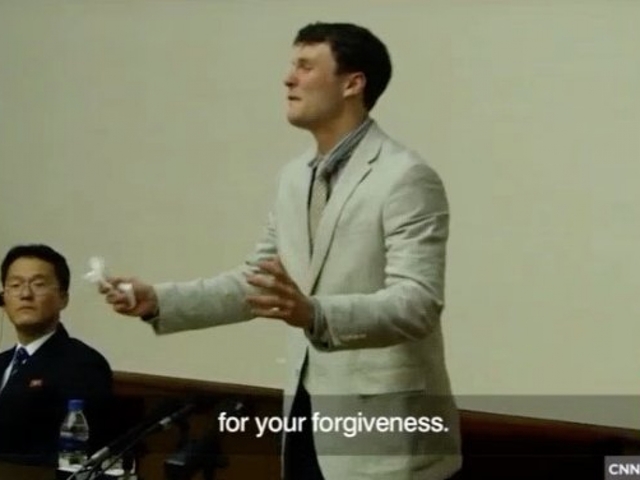 North Korea's highest court sentenced an American tourist to 15 years in prison with hard labor for subversion on Wednesday, weeks after authorities presented him to media and he tearfully confessed that he had tried to steal a propaganda banner.

Otto Warmbier, a University of Virginia undergraduate, was convicted and sentenced in a one-hour trial in North Korea's Supreme Court.

He was charged with subversion under Article 60 of North Korea's criminal code. The court held that he had committed a crime "pursuant to the U.S. government's hostile policy toward (the North), in a bid to impair the unity of its people after entering it as a tourist."

North Korea regularly accuses Washington and Seoul of sending spies to overthrow its government to enable the U.S.-backed South Korean government to take control of the Korean Peninsula.

Tensions are particularly high following North Korea's recent nuclear test and rocket launch, and massive joint military exercises now underway between the U.S. and South Korea that the North sees as a dress rehearsal for invasion.

Before the trial, the 21-year-old from Wyoming, Ohio, said he had tried to steal a propaganda banner as a trophy for an acquaintance who wanted to hang it in her church. That would be grounds in North Korea for a subversion charge.

Trials for foreigners facing similar charges in North Korea are generally short and punishments severe. Warmbier was arrested as he tried to leave the country in early January. He was in North Korea with a New Year's tour group.

U.S. tourism to North Korea is legal. Arrests of tourists are rare but the U.S. State Department strongly advises against such travel.

Further complicating matters, Washington and Pyongyang do not have diplomatic relations. The Swedish Embassy in Pyongyang acts as a go-between in consular issues when U.S. citizens run afoul of North Korean authorities.

Warmbier had been staying at the Yanggakdo International Hotel. It is common for sections of tourist hotels to be reserved for North Korean staff and off-limits to foreigners.

In a tearful statement made before his trial, Warmbier told a gathering of reporters in Pyongyang he tried to take the banner as a trophy for the mother of a friend who said she wanted to put it up in her church.

He said he was offered a used car worth $10,000 if he could get a banner and was also told that if he was detained and didn't return, $200,000 would be paid to his mother in the form of a charitable donation.

Warmbier said he accepted the offer because his family was "suffering from very severe financial difficulties."

Warmbier also said he had been encouraged by the university's "Z Society," which he said he was trying to join. The magazine of the university's alumni association describes the Z Society as a "semi-secret ring society" founded in 1892 that conducts philanthropy, puts on honorary dinners and grants academic awards.

In previous cases, people who have been detained in North Korea and made a public confession often recant those statements after their release.

In the past, North Korea has held out until senior U.S. officials or statesmen came to personally bail out detainees, all the way up to former President Bill Clinton, whose visit in 2009 secured the freedom of American journalists Euna Lee and Laura Ling.

In November 2014, U.S. spy chief James Clapper went to Pyongyang to bring home Matthew Miller, who had ripped up his visa when entering the country, and Korean-American missionary Kenneth Bae, who had been incarcerated since November 2012.

Jeffrey Fowle, another U.S. tourist from Ohio detained for six months at about the same time as Miller, was released just before that and sent home on a U.S. government plane.

Fowle left a Bible in a local club hoping a North Korean would find it, which is considered a criminal offense in North Korea.

Eric Talmadge, the AP's Pyongyang bureau chief, contributed to this report from Tokyo.

© 2016 The Associated Press. All rights reserved. This material may not be published, broadcast, rewritten or redistributed. Learn more about our Privacy Policy and Terms of Use.