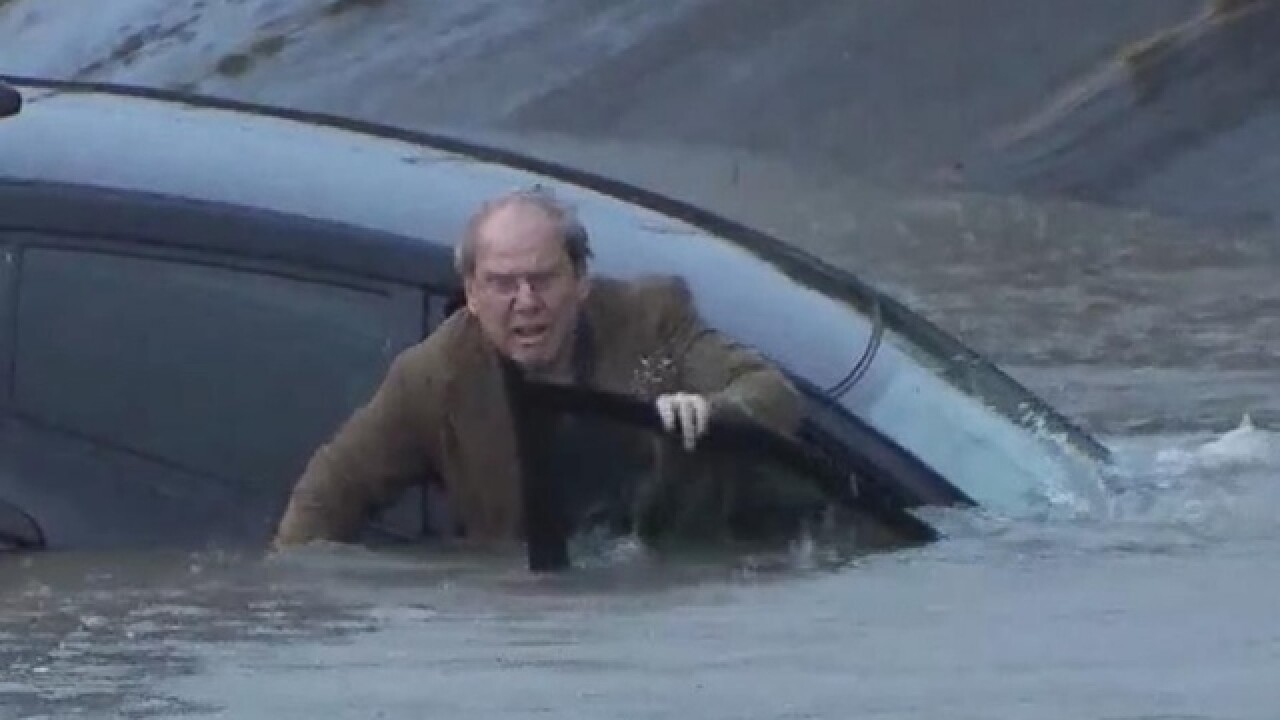 A man's harrowing rescue was caught on camera during a reporter's live shot in Texas.

Reporter Steve Campion, from ABC station KTRK-TV in Houston, was doing a live shot in front of a flooded road when a driver tried to pass. But the car got stuck and quickly started to sink.

The man stuck his head out of the front passenger window as Campion shouted over to him, "Leave the car, swim."

The driver then pushed his way out of the sinking car and the reporter waded into the deep waters to save him.

The car was swallowed by the water right after the driver escaped.

"I didn't think the water was that deep," the man told Campion. "I just thought it was a puddle."

A flash flood warning has been issued for north and northwest Harris County. The flooding has been caused by creeks and bayous spilling over their banks, according to the Harris County Emergency Management Office.

There have been at least 74 high water rescues so far in Harris County, a Harris County spokesperson told ABC News this morning, adding that the numbers were expected to continue to climb.