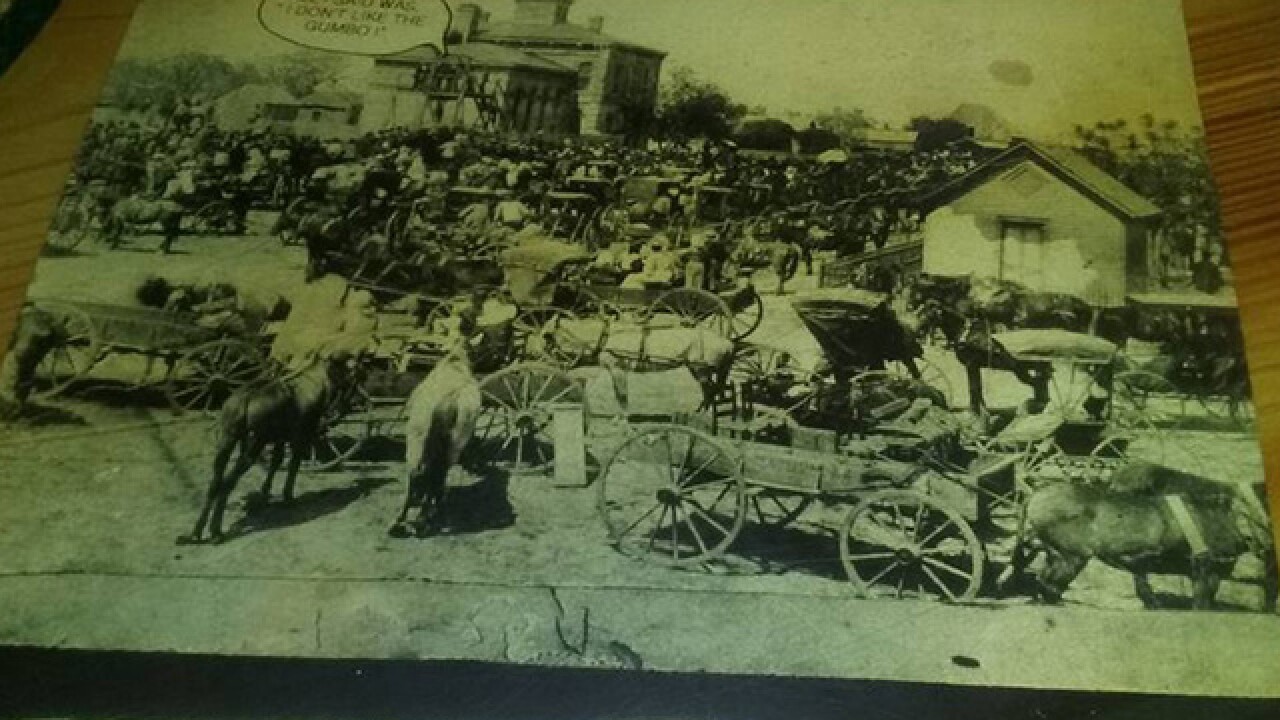 Two diners said they were recently shocked to discover a photograph of a black man they say was being lynched embedded in their table at Joe's Crab Shack in Roseville, Minnesota.

Tyrone Williams, 31, and Chauntyll Allen, 42, said they were hoping to have an early birthday dinner for another friend at the restaurant this past Wednesday evening when they found what they called the "photograph of a lynching" after being seated, they said at a news conference hosted by the Minneapolis chapter of the NAACP on Thursday.

In addition, the photograph "had a cartoon character saying, 'All I said was I didn't like the gumbo' in a joking manner," Williams said. "We just instantly felt sick and confused."

Williams and Allen said the manager at the restaurant apologized for the photo and offered them a free meal, but that they declined and that they would no longer be dining at Joe's Crab Shack.

Williams and Allen said they later learned the photo showed the public execution of a black man named Richard Burleson, who was hung at age 21 after being found guilty of robbing and murdering a white man in Groesbeck, Texas, in 1895.

While the Death Penalty Information Center documents Burleson's hanging as a legal execution, a spokeswoman for the center told ABC News today that it's important to note that "death penalty laws" were very different from today's. The center is a nonprofit organization promoting informed discussion of the death penalty.

Williams, Allen and the Minneapolis NAACP said they stand by calling the photograph a "lynching."

At the news conference on Thursday, Allen said the restaurant's manager later contacted her and Williams "to try and clear up the situation by saying this was an execution rather than a lynching."

Allen said she explained to the manager that she believed lynchings of African Americans during that time were often "glorified" as legal executions.

The Ignite Restaurant Group, Joe's Crab Shack parent company, has since apologized for the photo.

"We understand one of the photos used in our table décor at our Joe’s Crab Shack location in Roseville, MN, was offensive," Ignite's chief operations officer David Catalano told ABC affiliate KSTP in a statement on Thursday.

"We take this matter very seriously, and the photo in question was immediately removed," Catalano said. "We sincerely apologize to our guests who were disturbed by the image and we look forward to continuing to serve the Roseville community."

However, the apology is "not enough," Minneapolis NAACP President Nekima Levy-Pounds said.

While the apology "was a great start," it did "not go far enough in addressing the concerns we've raised," Levy-Pounds told ABC News today. "We do not feel the racist imagery is just at the Roseville, Minnesota, location. We've received indication from numerous people around the country that similar imagery exists at other Joe's Crab Shack locations."

She said she wants to see "the immediate removal of all racist, offensive imagery removed from tables across the country."

"African Americans have already suffered a long painful history of oppression and systemic racism in this country," Levy-Pounds said. "This just goes to show how far we still have to go."

The City of Roseville also condemned the image, saying in a statement today: "The City condemns this type of display in the strongest possible terms and calls on Joe's Crab Shack to remove any and all racist imagery not only from its Roseville location, but all of its restaurants nationwide."

The Joe's Crab Shack in Roseville referred all inquiries regarding the incident to its parent company, the Ignite Restaurant Group, which did not immediately respond to ABC News' requests for additional comment and information, including who was in charge of picking and designing decor for restaurants.