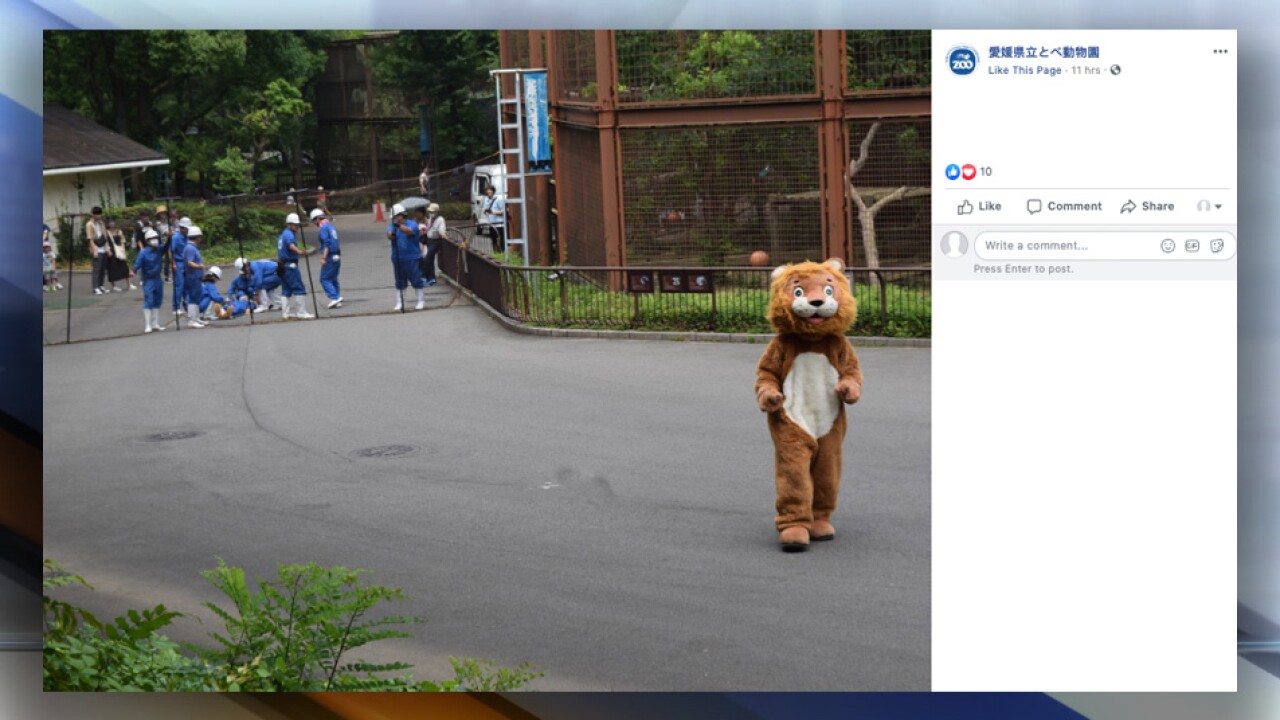 (CNN) — A lion escapes from its zoo enclosure and charges into a net-wielding member of zoo staff before being tranquilized and captured.

This scene, which unfolded on Saturday at the Tobe Zoological Park in Ehime Prefecture, Japan, would have been quite terrifying if it weren't a drill and the "lion" a member of staff in a furry costume.

As visitors are hurried away, the would-be lion ambles around on two legs, under the skeptical gaze of the zoo's real lions, a zoo video published by Japanese news agency Mainichi News Group shows.

The drill was intended to prepare staff and visitors for an emergency situation after an earthquake.

The zoo noted on its official Facebook page that similar drills take place every year, but this is the first time they have held one while the park was open.

No humans or animals were hurt during the drill.