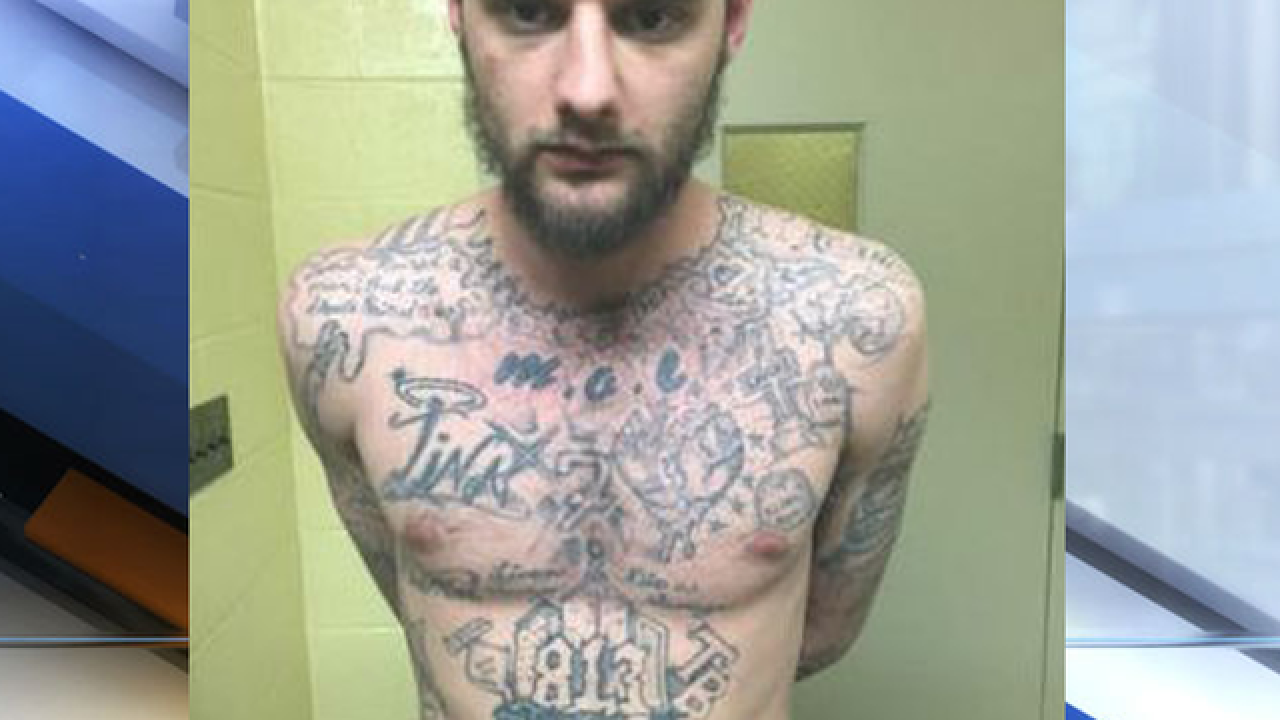 TALLMADGE, Ohio - A man on Tampa, Florida's most wanted list chewed off his fingerprints during a traffic stop in Ohio to try to keep police from figuring out his identity.

Kirk Kelly, 24, is facing multiple charges in Summit County, Ohio, and the jail is also holding him without bond as a wanted fugitive for Florida authorities.

Officers pulled over a car around 3 a.m. Sunday after plates showed that the owner had a suspended license.

When police approached the car, officers said they could smell an odor of marijuana. The officers asked the four people inside to get out so they could search the vehicle, according to the report. They were put in the back of the police cruiser without handcuffs.

All of the occupants provided identification, but Kelly couldn't tell officers his Social Security number, according to the report.

Since he wasn't cooperating, one of the officers went back to the station to pick up a mobile fingerprint scanner. However, while he was gone, Kelly "bit his fingerprints off each finger," according to the report, causing them to bleed.

"I've heard of people sanding them and so forth, but I've never had a person chew their fingers off during an investigative process," said Tallmadge Police Chief Ronald Williams.

Police told the man they were charging him with tampering with evidence and asked him to get out of the car so they could put handcuffs on him.

Investigators said he got out, but while officers were trying to cuff him, he took off running. After a short foot chase, officers tackled him to the ground.

After officers got back to the station, they were able to figure out the man's identity by searching aliases, and by comparing previous mug shots and tattoos. According to Williams, the name he originally gave police belonged to his brother.

After finding out his real name, officers discovered that he had a nationwide felony warrant for his arrest for racketeering along with numerous drugs and weapons charges out of Tampa.

According to Williams, Tampa police said Kelly was suspected of illegally selling guns that could be linked to as many as 15 homicides.

"I think it's shocking," Williams said. "I think it explains why a person would chew their fingerprints off."

He is expected to have an extradition hearing and be sent back to Florida after his case in Summit County is adjudicated.