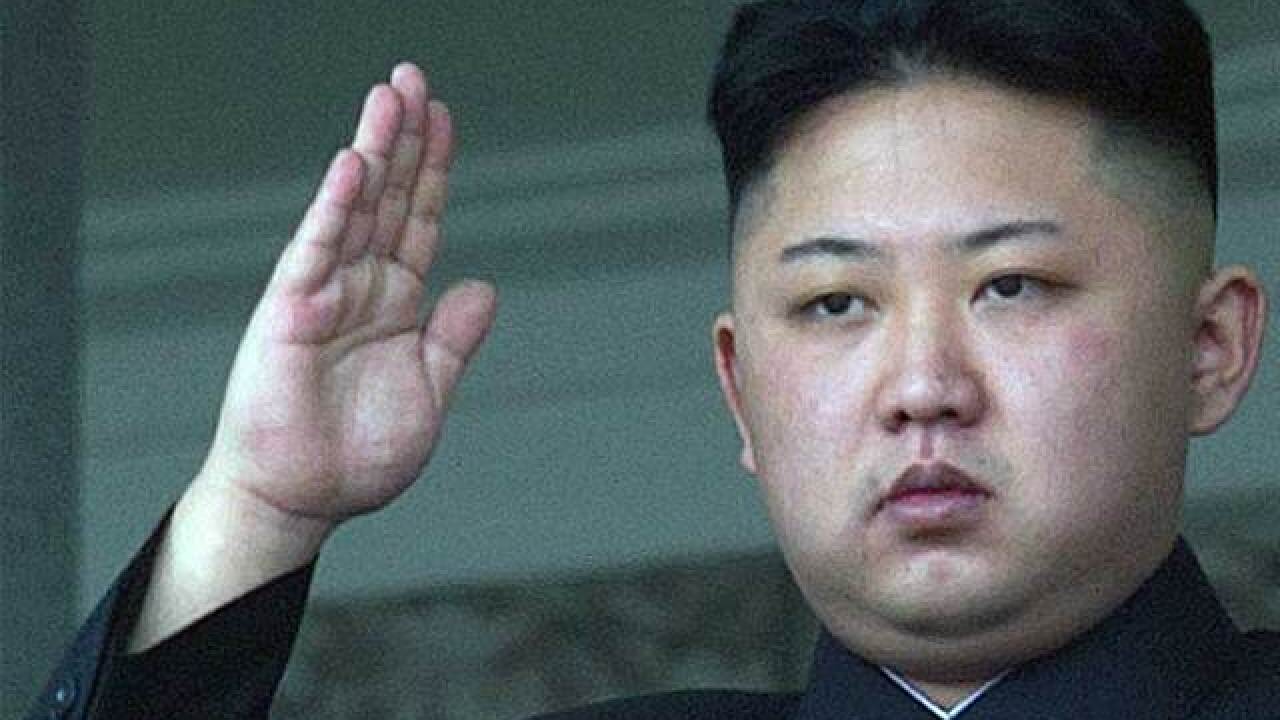 North Korea defied U.N. resolutions by firing a medium-range ballistic missile into the sea on Friday, Seoul and Washington officials said, days after its leader Kim Jong Un ordered weapons tests linked to its pursuit of a long-range nuclear missile capable of reaching the U.S. mainland.

South Korea's Joint Chiefs of Staff said in a statement that the missile fired from a site north of Pyongyang flew about 800 kilometers (500 miles) before crashing off the North's east coast.

The Joint Chiefs of Staff said it wasn't known what type of missile was fired, but a South Korean defense official, requesting anonymity citing department rules, said it is the first medium-range missile launched by the North since April 2014 when it fired two.

A senior U.S. defense official said the Pentagon can confirm the missile launch, saying it appears to be a Rodong missile fired from a road-mobile launcher. The official said the test violated multiple U.N. Security Council resolutions that ban North Korea from engaging in any ballistic and nuclear activities.

South Korea's Joint Chiefs of Staff said later Friday its surveillance equipment detected the trajectory of a suspected second missile fired from a site where the North's confirmed first launch occurred. A Joint Chiefs of Staff statement said the object later disappeared from South Korean radar at an altitude of 17 kilometers (10 miles) and that it was trying to find out if a missile had been fired or something else was captured by the radar.

Friday's launch came amid a heightened international standoff over the North's weapons programs in the wake of its nuclear test and long-range rocket launch earlier this year.

In recent weeks, North Korea threatened pre-emptive nuclear strikes against Washington and Seoul and test-fired short-range missiles and artillery into the sea in response to tough U.N. sanctions imposed over its nuclear test and rocket launch. The North says it needs nuclear weapons to cope with what it calls U.S. military threats.

On Tuesday, North Korea's state media said Kim had ordered tests soon of a nuclear warhead and ballistic missiles capable of carrying warheads. Kim issued that order while overseeing a successful simulated test of a re-entry vehicle aimed at returning a nuclear warhead into the atmosphere from space so it could hit its intended target, according to the North's Korean Central News Agency.

This led South Korean analysts to suspect that the North would likely fire a missile soon to test the re-entry technology. Some analysts also predicted the North might fire a missile carrying an empty warhead, which contain trigger devices but lack plutonium or uranium, to see if those warhead's parts can survive the high pressure and temperatures upon re-entry into the atmosphere and if they could detonate at the right time.

Outside experts said it is a key remaining technology that North Korea must master to achieve its goal of developing a long-range missile capable of hitting the U.S. mainland. South Korean defense officials said earlier this week that North Korea had yet to develop the re-entry technology, so it still does not have a functioning intercontinental ballistic missile.

It was not clear if Friday's launch was meant to test a re-entry vehicle or other weapons technologies or was just intended as a show of force against Washington and Seoul.

North Korea is thought to have a small arsenal of atomic bombs, but South Korean officials and many outside experts say they are not small enough to place on missiles that can strike faraway targets.

Analyst Lee Choon Geun at South Korea's state-funded Science and Technology Policy Institute said the North can probably place nuclear warheads on its shorter-range Scuds and medium-range Rodong missiles, which would put South Korea and Japan under its striking range. Other analysts question that.

The North began to develop ballistic missiles in the 1970s by reverse-engineering Soviet-made Scuds it acquired from Egypt. After several failures it put its first satellite into space aboard a long-range rocket launched in December 2012. Its second successful satellite launch occurred this February. The U.N., the U.S. and others say the launches were a banned test of missile technology. Ballistic missiles and rockets used for satellite launches share similar bodies, engines and other technology.

Experts say a militarized version of the rocket the North used to put its second satellite into orbit in February would potentially have the range to reach the U.S. mainland. However, there are questions as none of North Korea's possible candidates for an intercontinental ballistic missile have been tested "end-to-end," from launch through re-entry and warhead delivery, to show they actually work.

The Korean Peninsula officially remains in a state of war as the 1950-53 Korean War ended with an armistice, not a peace treaty. The U.S. deploys about 28,500 troops in South Korea as deterrence against potential aggression from North Korea.