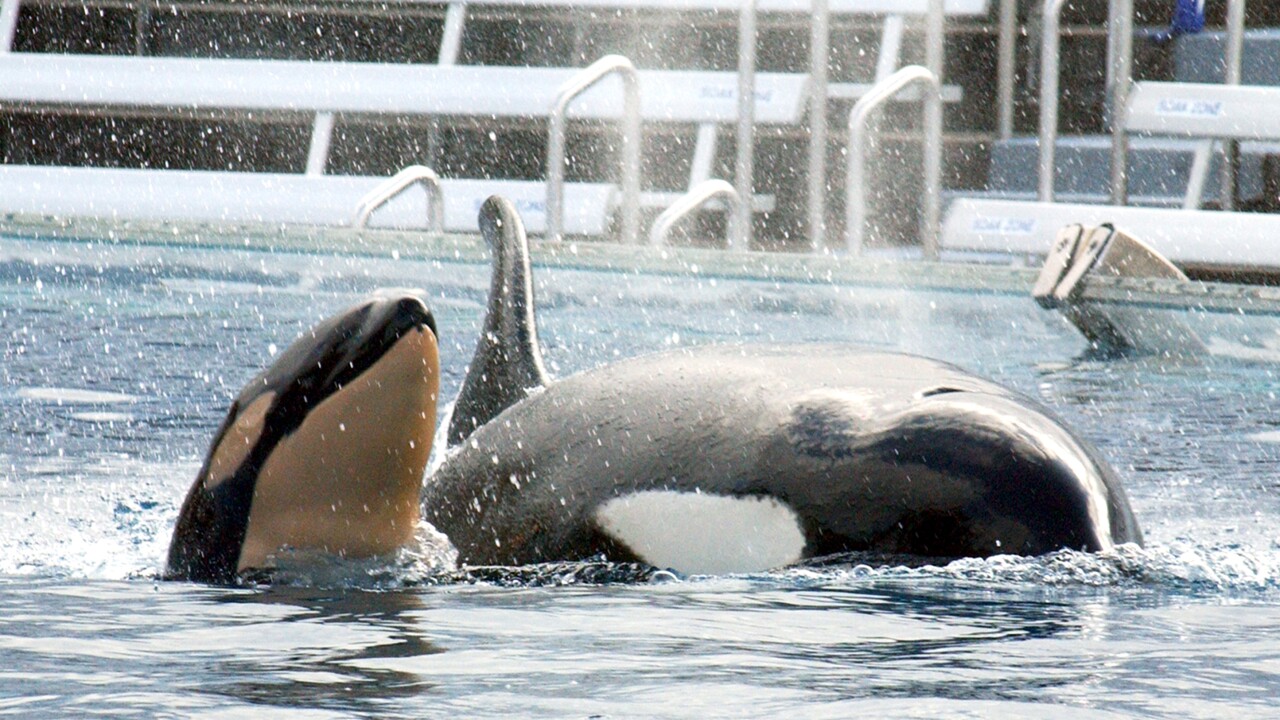 Getty Images/Getty Images
SAN DIEGO, CA - DECEMBER 21: A newborn baby killer whale swims with it's mother Kasatka on December 21, 2004 at Shamu Stadium at SeaWorld Stadium in San Diego, California. Kasatka, a 28-year-old killer whale, gave birth to a healthy-looking calf born at approximately 9:22am on December 21. The gender of the calf is not known yet and it doesn't have a name. Kasatka?s calf is estimated to weigh between 300 and 350 pounds and measures between 6 and 7 feet. (Photo by SeaWorld via Getty Images)

(CNN) -- Canada's House of Commons passed a bill Monday to make it illegal to hold a whale, dolphin or porpoise captive, punishable by fines up to $150,000 USD.

It's known colloquially as the "Free Willy" bill, named after the 1993 movie in which a young boy frees a killer whale from a US amusement park.

"Nothing fantastic ever happens in a hurry. But today we celebrate that we have ended the captivity and breeding of whales and dolphins. This is news to splash a fin at," animal rights group Humane Canada said in a tweet.

The bill is expected to become law. It was introduced in the Senate in December 2015 and was already approved there but must return now and gain "royal assent."

The Green Party of Canada celebrated in a statement Monday.

"These intelligent, social mammals will now get to live where they belong -- in the ocean," the party said.

Dozens of supporters of the bill used the hashtag #emptythetanks to celebrate on social media.

The bill makes exceptions if the animals are rescues, in rehabilitation or licensed for scientific research, or when it's in the animal's best interests.

"A person may move a live cetacean from its immediate vicinity when the cetacean is injured or in distress and is in need of assistance," the bill states.