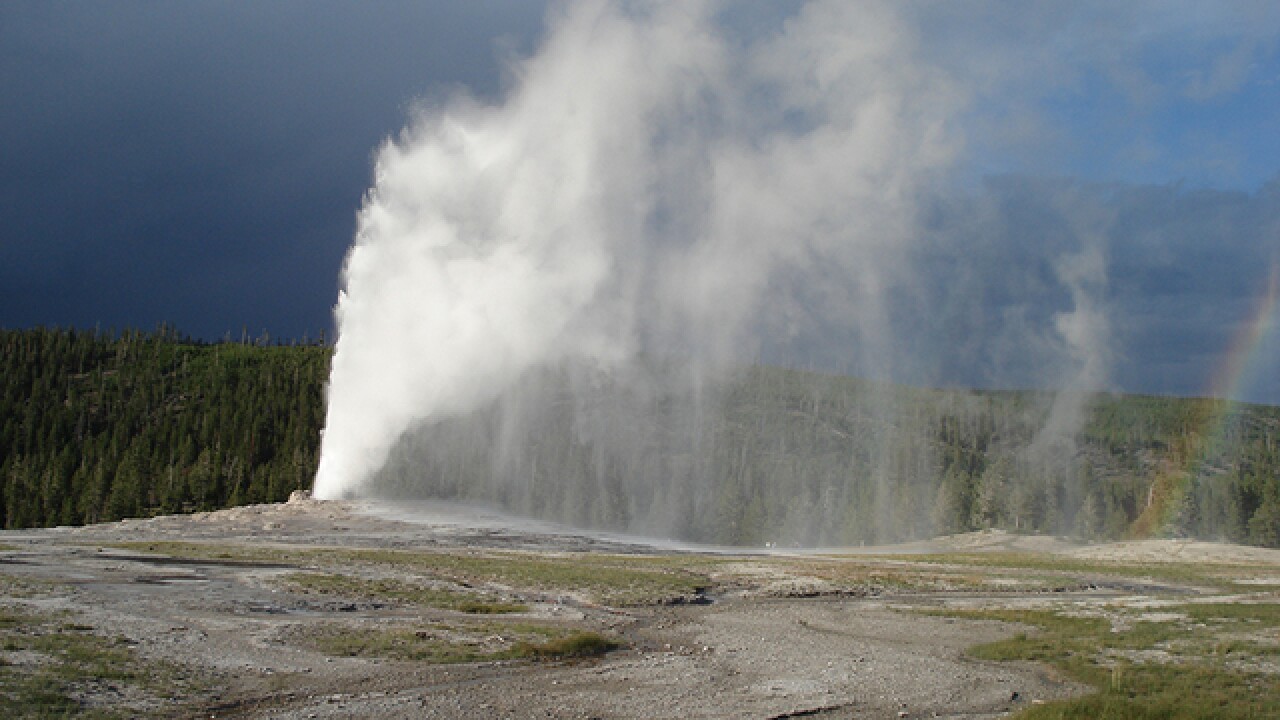 MAMMOTH HOT SPRINGS, Wyo. (AP) — Two men who pleaded guilty to trespassing on the cone of Old Faithful Geyser in Yellowstone National Park were sentenced to 10 days in jail and have been banned from the park for five years.

Park employees and other witnesses saw two people on the geyser on Sept. 10 taking photos with their cellphones. At least one witness shared photos with park rangers, who cited the two defendants.

“Visitors must realize that walking on thermal features is dangerous, damages the resource, and illegal,” Chief Ranger Sarah Davis said in a statement.

The ground in hydrothermal areas is fragile and thin and there is scalding water just below the surface, park officials said. Visitors must always remain on boardwalks and exercise extreme caution.

Schefflin and Goetz were also ordered to pay $540 in restitution and were placed on unsupervised probation for five years.

Another Colorado man, 27-year-old Gabriel Villalva of Greeley, was cited for walking off boardwalks and within a few feet of Old Faithful on Sept. 14. Tourists also captured video of a man resembling Villalva sitting next to one of Yellowstone's hottest springs.