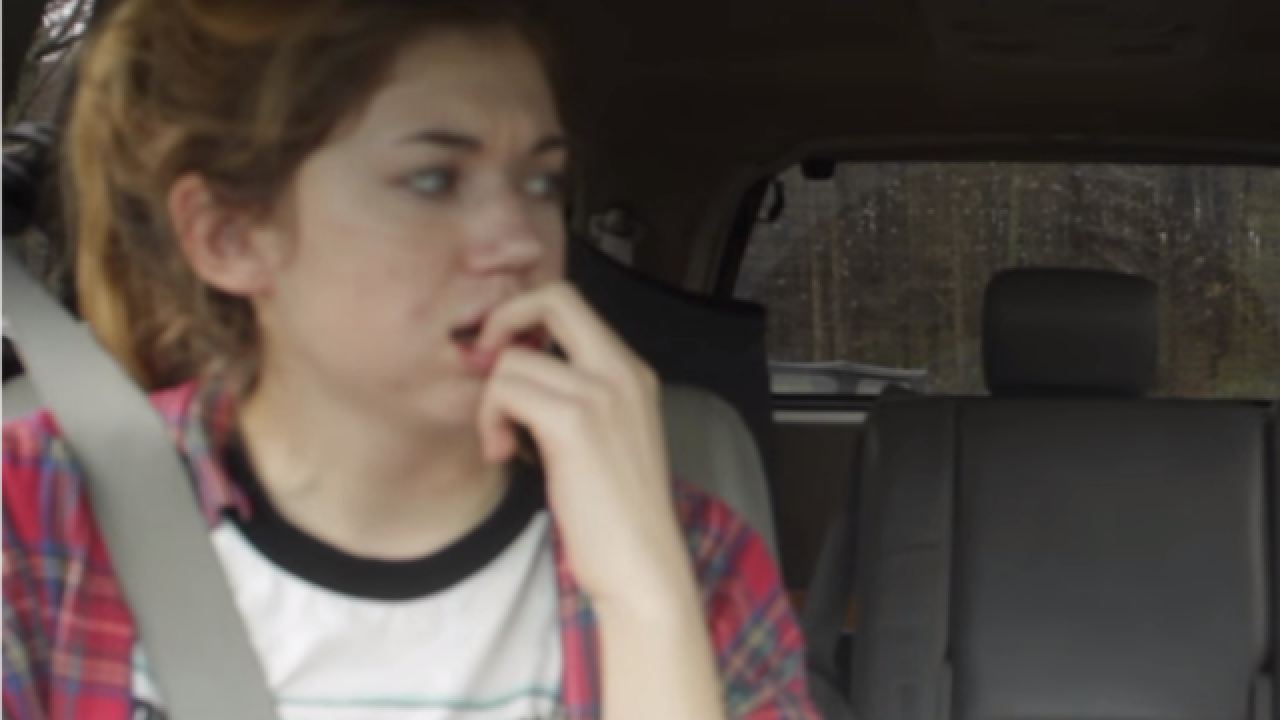 We've all seen the effect of the painkillers dentists use on patients who need to have their wisdom teeth removed.

Two brothers decided to take advantage of the confusion and delayed reaction time to convince their little sister that zombies were invading their town.

"Last week after our little sister's wisdom teeth surgery, we convinced her that a zombie outbreak had hit our city," Cabot Phillips said on YouTube.

After picking Millicent up from the dentist, they played a fake emergency alert.

You can hear an official-sounding voice say: "The Centers for Disease Control in Washington, D.C. has issued a viral outbreak warning. State and local officials have reported cases of high fever, nausea, death and even cannibalism. Stay in place until further notice."

Her brother calls their mother and puts it on speaker. Their mother urges them to get home, saying she's heard the emergency alert is not a test.

A camera on the dash is recording Millicent, whose mouth is still packed with gauze, as her brothers hand her worthless items "to protect herself with," load gardening tools into the car, and bombard her with difficult questions like "Should we take the cat or the dog?" and "We can only take Funfetti or chocolate cake, which should we take?"

As promised, her reaction is priceless. Watch it here:

The video was uploaded Monday, April 11 and had been viewed more than a million times by Tuesday morning.