WATCH: Teens can’t figure out how to properly use a rotary phone 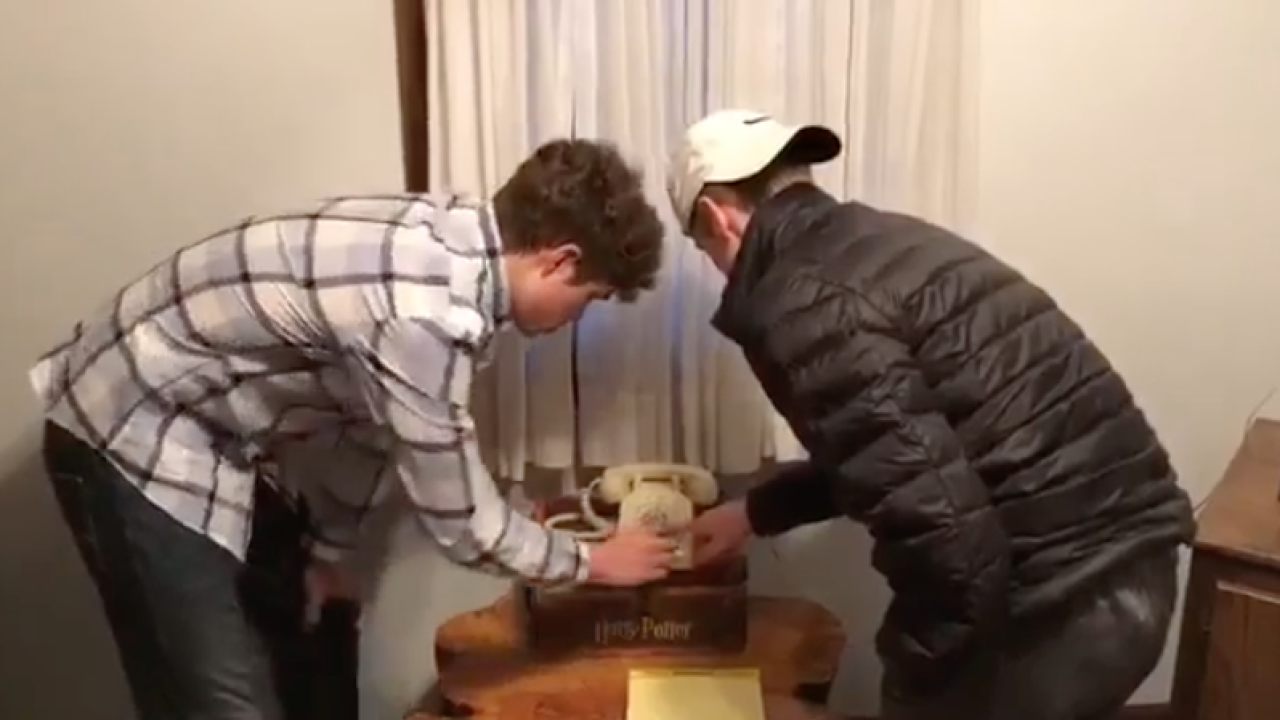 CHICAGO – How many teenagers does it take to make a call using a rotary phone?

That’s a question a man in Chicago wanted to answer over the holidays, when he challenged his son and nephew to learn how to use a rotary phone and dial a number in four minutes.

The video, which has since gone viral on Facebook, shows the two teens, both 17, trying to decipher the mystery of this ancient technology. The man said neither had ever seen or used a rotary phone before.

In the video, the adorably clueless teens can be seen struggling as they try to understand how the finger wheel dial works. Adding to their struggle: The teens are seen dialing the number without first picking up and holding the receiver.

“Wait a minute… do you have to pick up the phone and then do it?” one of them asks the man holding the camera.

A woman in the background then asks one of them to put the receiver in their ear and tell her what he hears.

“Ooooooooo…” said one of the teens, imitating a dial tone. The other teen then holds the receiver and asks the first what “the zero sounds like.”

Less than 30 seconds before the video ends, one of the teens finally gets it… or does he?

Watch the full video below: