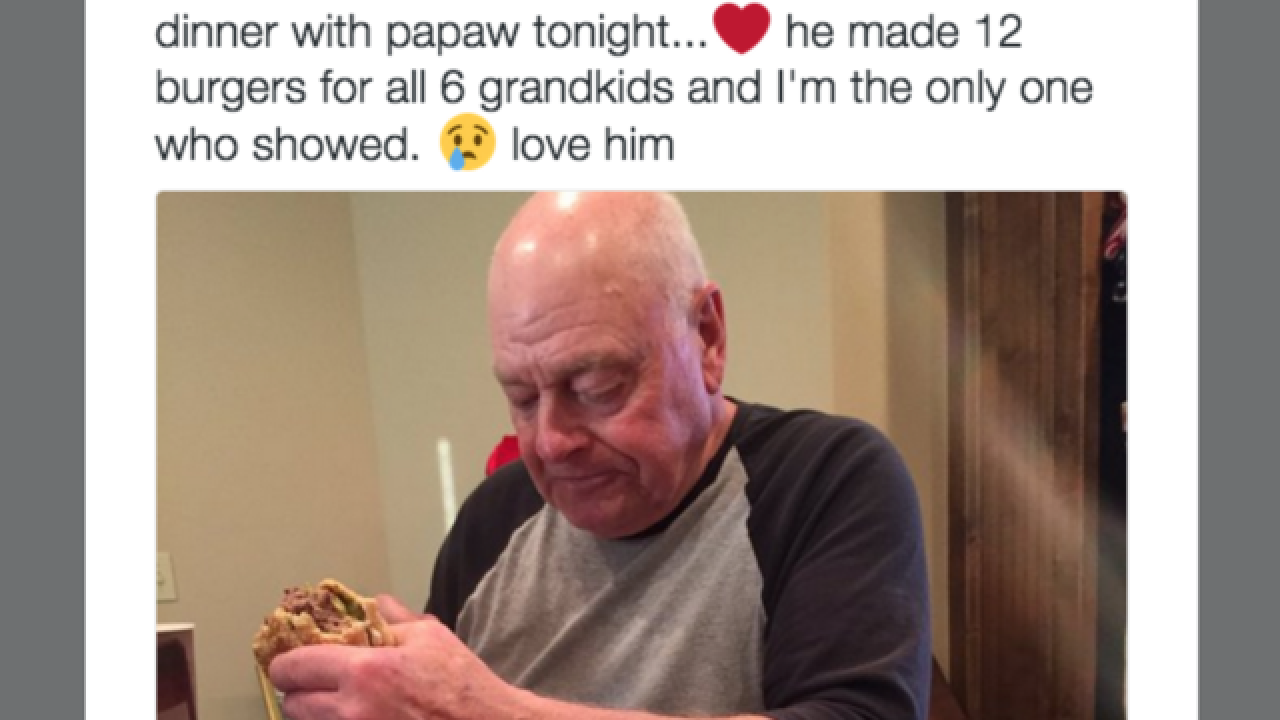 Go hug your grandparents. And eat a hamburger with them if they invite you over, for crying out loud!

That's the painful lesson the Internet is learning from one sad tweet posted Wednesday.

Kelsey Harmon, who seems like just a regular girl from Oklahoma, posted a photo that broke hearts across the Twittersphere.

dinner with papaw tonight...?? he made 12 burgers for all 6 grandkids and I'm the only one who showed. ? love him pic.twitter.com/0z0DkPtUiR

The tweet got more than 65,000 retweets and 110,000 likes in less than 24 hours - along with COUNTLESS replies containing gifs of people crying.

"Kelsey seriously why would you even tweet that bc now I'm sad," Paige Gann replied.

Kelsey responded: "bc people need to appreciate their family ok I was so sad ?????"

Check out some of the responses:

I just started crying...I'll eat your burgers pawpaw.. I love you so much https://t.co/TL6ccXQUvk

when u see one of the 5 grandkids that didn't eat with pawpaw pic.twitter.com/EmHGiy1k5Q

PawPaw gon have the last laugh when he drop 5 names from his will.

Ellen DeGeneres bout to have PawPaw on her show making burgers for the entire audience this week & those 5 grandkids still won't show up.

pawpaw's grandkids waking up to find all of twitter starting a riot pic.twitter.com/kEBwViviRI

Kelsey said she was getting so many replies she couldn't keep up with them all.

On Thursday she posted an update: "papaw is ok guys I promise & he loves all grandkids equally, plz stop sending my cousins death threats everything is ok !!!!"