'Papaw' is hosting a cookout and you're invited 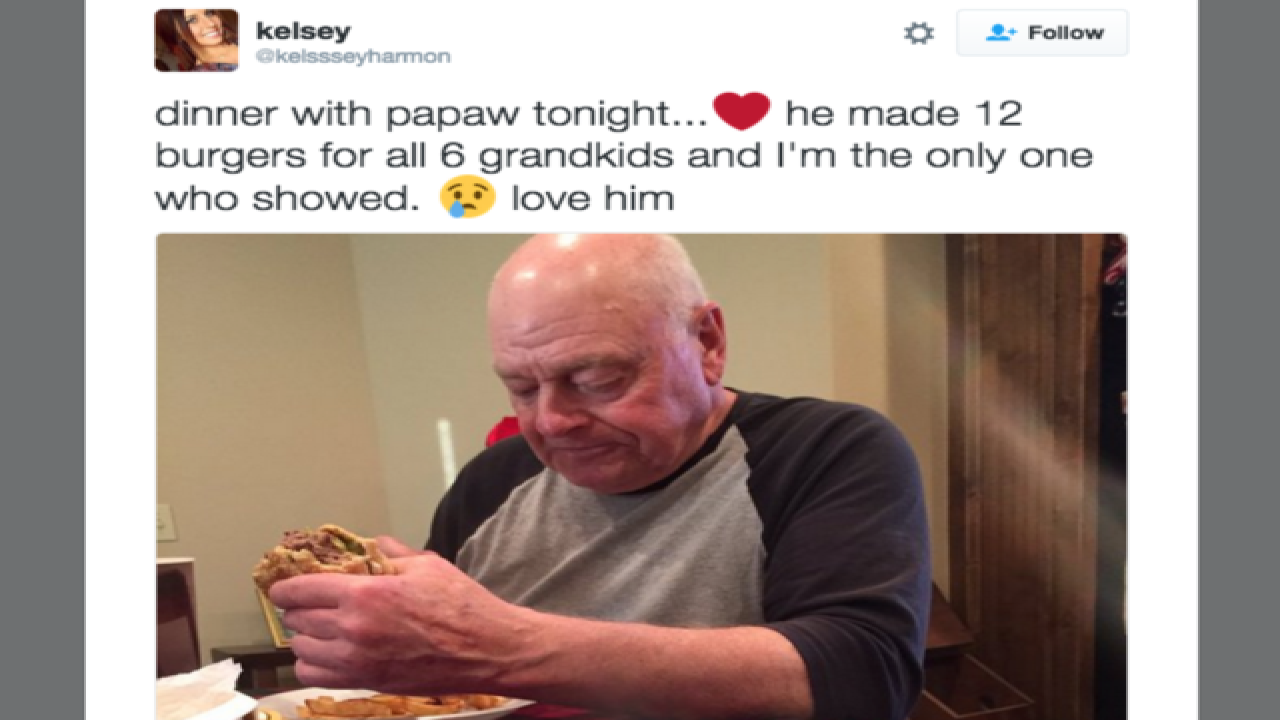 Everyone's favorite Internet grandpa is about to have a bunch of people over for dinner.

You may remember 'Pawpaw,' a seemingly sad grandfather who became an Internet sensation after one of his grandkids tweeted a photo of the patriarch looking down on his food , appearing dejected when just one of his expected guests showed up to eat with him.

dinner with papaw tonight...?? he made 12 burgers for all 6 grandkids and I'm the only one who showed. ? love him pic.twitter.com/0z0DkPtUiR

The Twittersphere exploded with indignation and many users posted replies to the original tweet with crying GIFs and a general sense of condemnation.

Now, it seems, the grandkids want to make it up to him.

Brock Hammond, another one of his grandkids (and cousin to Kelsey Hammond), dropped some major news on Friday: 'Papaw' was having a cookout -- and you're invited to attend.

JUST GOT DONE TALKING TO PAPAW AND HE WANTS TO INVITE EVERYONE OUT FOR A BURGER NEXT SATURDAY?????????? pic.twitter.com/HZppI3Rdws

Local media reports the cookout is taking place on March 26 at a flea market the family owns in Oklahoma.

"We were talking about the whole thing and Papaw said, 'Why don't we have a cookout?,'" Harmon told KVUE-TV.

Soon after the news broke out, people were already packing their bags to go have a burger with 'Papaw.'

USA embassy: why do you think we should grant you a Visa?

Me: I want to eat burger with PawPaw pic.twitter.com/qR0wQGaK4q

The burgers will be cooked by 'Papaw' himself and will cost $2 each. You can also get a $25 t-shirt that reads, "I had a burger with Papaw." The money will go toward the grandkids' college education, and possibly some charities

Harmon told KVUE-TV about 3,000 people are planning to attend the cookout.

"No one would ever think that our Papaw would be the most famous Papaw in the world," he said.